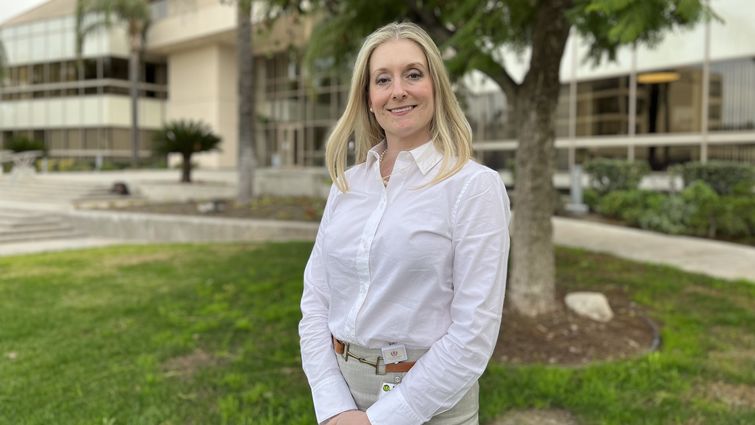 Thousands of women in the United States are newly diagnosed with cervical cancer every year, according to the American Cancer Society. Fortunately, medical technology such as vaccines and screening tests can help women lower their risk of developing cervical cancer or catch it early, says Heather Figueroa, MD, an obstetrician and gynecologist at Loma Linda University Health. For January’s Cervical Health Awareness Month, Figueroa discusses the basics and benefits of lowering risk for cervical cancer and undergoing screening.

Figueroa says becoming familiar with the main risk factors for cervical cancer is a helpful way to understand which measures lower those risks and will protect from the cancer. Unlike the case with other cancers, Figueroa says scientists have not found a clinically significant correlation between the risk status of cervical cancer and weight, exercise, or diet. Instead, she says the following two risk-reducing measures — receiving an HPV vaccine series and avoiding tobacco use — represent the best-proven ways to reduce cervical cancer risk.

Human papillomavirus (HPV), a common virus passed from person to person during intercourse, is the highest risk factor and leading cause of cervical cancer. Therefore, Figueroa says the most critical risk-lowering measure women can take is receiving the HPV vaccine series, which is available to everyone (not just women) up to the age of 46.

Still, about 80% of women will get at least one type of HPV (over 100 strains exist) at some point in their lifetime, according to the U.S. Office on Women’s Health. For many women, Figueroa says the HPV is transient, and the body clears the infection over time. But women can contract the same or a different strain of the virus again, so getting the vaccine can still offer future protection. Figueroa advises women to talk to their care providers about the best timing to receive an HPV vaccine series based on their circumstances.

Additionally, Figueroa says tobacco use of any kind — in the form of smoking, chewing, or vaping — makes it more challenging for the body to fight infections, including HPV.

Cervical cancer was once one of the most common causes of cancer death for American women, according to the American Cancer Society. But that statistic changed as more women underwent screening for the cancer called a Papanicolaou (Pap) test, also known as a Pap smear. A Pap smear detects abnormal cell changes that have the potential to lead to cervical cancer.

The current standard of care holds that otherwise healthy women can begin pap smears at 21 years old and, with normal results, re-test every three years. Women 21-29 years old should not have to test for HPV unless the pap smear returns with abnormal results, Figueroa says. Once women turn 30 years old, guidelines recommend they undergo both a Pap smear and an HPV test. Women 30 years old and above can re-test every five years upon the return of normal results. Figueroa says women who are immunosuppressed or have other diseases might start screening earlier or undergo screening more frequently.

When it comes to undergoing screening for cervical cancer, Figueroa stresses the importance of patients being mentally and emotionally prepared, feeling safe in their environment, and trusting their care providers.

“While the pap smear isn’t something patients necessarily look forward to, it shouldn’t be painful or forced,” she says. “Although patients are very vulnerable when undergoing a pap smear, I remind them they are always in control.”

Figueroa urges patients to find a care provider to whom they feel comfortable raising questions and concerns regarding their cervical health and the screening process. Next, she says it is equally important to understand the importance of cervical cancer screening and maintain appointments for routine exams or follow-ups.

“It’s important to go through those vulnerable exams so that we can catch it early when it can be more easily treated,” Figueroa says.

She says that women with early cervical cancers and pre-cancers usually have no symptoms, and symptoms often begin once the cancer has grown more advanced and becomes less treatable.

“At that point, we missed so much opportunity to catch the cancer early,” she says.

Physicians can often treat early-stage cervical cancer with office procedures while preserving fertility and sparing patients from intense treatments like chemotherapy and radiation. Missing one appointment is usually not an end-all for catching cervical cancer early, but Figueroa says skipping multiple appointments over a prolonged period endangers patients’ health.

If you or a loved one have questions or concerns about cervical health or preventative care, talk with your doctor or schedule a screening appointment by calling 909-558-2806. For more information about cervical cancer and the obstetrics and gynecology services offered at Loma Linda University Health, visit lluh.org/services/obstetrics-gynecology/gynecologic-cancer-care.