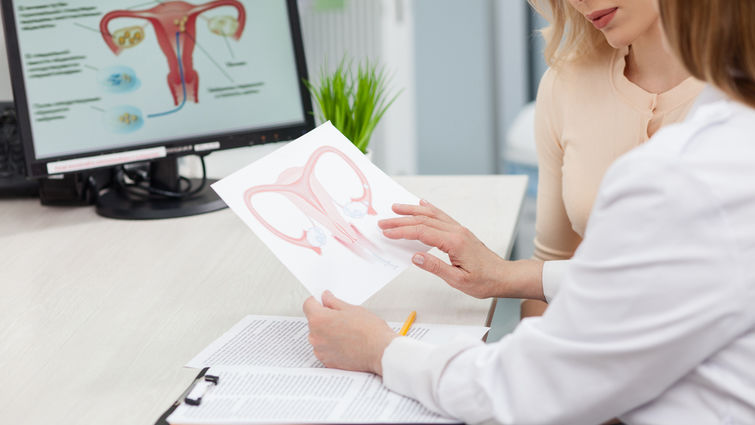 Cervical cancer affects thousands of women each year. However, the Centers for Disease Control and Prevention says this type of cancer is preventable in most Western countries because of the availability of screening tests and human papillomavirus (HPV) preventative vaccines.

Courtney Martin, DO, an attending physician in Loma Linda University Health’s nationally ranked Department of Gynecology and Obstetrics, says early diagnosis of the cancer helps outcomes. “Cervical cancer is highly treatable when found early,” Martin says. “It lends itself to high survival rates and good quality of life after diagnosis and treatment.”

Martin says it’s important to not only understand the disease but also know the risk factors that could affect your health.

Some cervical cancer risk factors include:

According to the ACS, the HPV virus is the highest risk factor for cervical cancer. HPV infects cells on the surface of the skin. The virus spreads through skin-to-skin contact, most commonly through sexual activity.

She says it’s important to get the HPV vaccination as a preventative measure, and if you think you’re at risk for already having the virus, to schedule an appointment with your doctor for an HPV screening. The vaccine is available up to age 45 in both men and women.

According to the ACS, women who smoke are about twice as likely as non-smokers to develop cervical cancer. “Smoking and the use of tobacco products weaken the immune system,” Martin says. “This hinders the body from fighting infections which may result in cancer, such as HPV.”

The more sexual partners you have, the higher your risk of developing cervical cancer, Martin says. “Engaging with many sexual partners creates a heightened risk factor for the development of this cancer because a higher number of partners increases a person’s exposure to HPV,” she says.

A person can reduce their risk of transmitting or contracting HPV through safe sexual practices. “If someone chooses to be sexually active, it’s important to not only make smart choices about their partner, but to use protection — such as condoms — with every sexual act,” Martin says. “Be aware, because the virus is spread through skin-to-skin contact, condoms cannot completely prevent HPV.”

If you or a loved one have questions or concerns about cervical health or preventative care, talk with your doctor or schedule a screening appointment by calling 909-558-2806. Visit our website for more information about cervical cancer and the obstetrics and gynecology services offered at Loma Linda University Health.