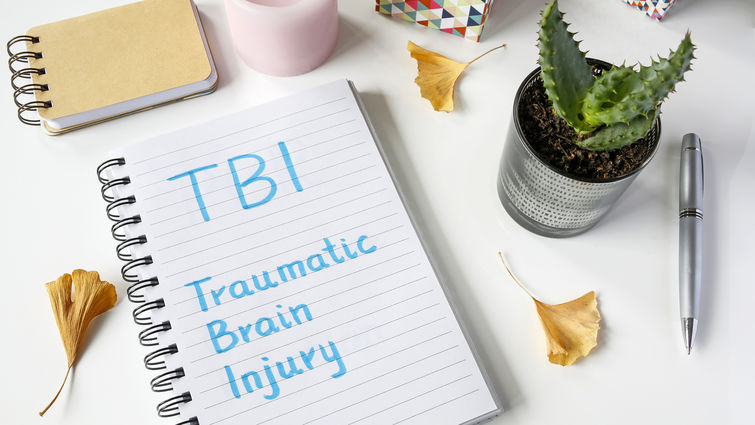 An estimated 1.7 million cases of Traumatic Brain Injuries (TBI) occur in the United States each year. The Center for Disease Control (CDC) estimates that 5.3 million men, women and children today are living with a permanent TBI-related disability. This common neurological injury is considered a major cause of death and disability in the U.S. Yet for an injury that is so common, how much do we know about it?

“When individuals first think about TBIs, it’s not uncommon that they first think of football concussions and moving head injuries,” says Duc Tran, MD PhD, medical director of Traumatic Brain Injury Rehabilitation at Loma Linda University Health. “But there are more layers and severity to TBIs beyond what we see.”

Here are five facts you should know about this common neurological injury.

TBI is an injury that affects the way your brain normally works, and it’s caused by an external force to the head. TBIs range in severity, from “mild” or non-life-threatening to moderate and severe cases where the injury has resulted in bleeding, bruising, torn tissues and other physical damage that can have permanent complications. The CDC estimates that concussions account for 75% of all TBIs, but while those can resolve in a matter of days or weeks, it’s important to remember that all forms of TBI are considered serious injuries with the potential for coma, long-term consequences and even death.

2. Common Cause Behind TBIs.

The four most reported causes of TBI include assaults, falls, motor vehicle crashes and being struck by or against an object. Falls are the current leading cause of TBIs in the U.S. and account for 55% of TBIs among children 0-14 and 81% for adults 65 years and older. Being struck by an object, such as sports-related injuries, are the second leading cause of TBI among children, at 24%.

“There is a misconception that when someone emerges from a coma that they just wake up and are back to themselves,” Tran says. “It’s not like what we see on TV. Patients pass through a continuum of stages as they emerge from their disorders of consciousness before they are more themselves again.”

So, what are these stages?

Just as no one individual is exactly alike, no TBIs are exactly alike — meaning treatment often varies depending on the location of the injury, length of coma and severity. For some, treatment may include medications or surgery such as deep brain stimulation. For others, a TBI can be the start of life-long rehabilitation to maximize the patient’s capabilities at home and in the community. Amongst many needed skills, patients may require physical, occupational or speech therapy.

There are many complications that can occur with a brain injury, also ranging from mild to severe. These complications can be physical, such as in the cases of altered smell or vision, headaches, hearing loss, seizures and vertigo. Those with brain injuries may experience changes to their thinking (cognitive) skills such as memory, judgment and decision making. Others may have difficulty with communication, keeping up with conversation and writing. Brain injuries are traumatic, and patients may report behavioral and emotional changes such as outbursts or depression. The goal of a brain injury rehabilitation team is to tackle these effects and help create short/long term treatments for recovery.

With the information in mind, Tran says his key takeaway is to remember that while anyone can sustain a TBI, it doesn’t mean life is over. “People with moderate or severe TBIs can recover to live full and happy lives post-injury.”