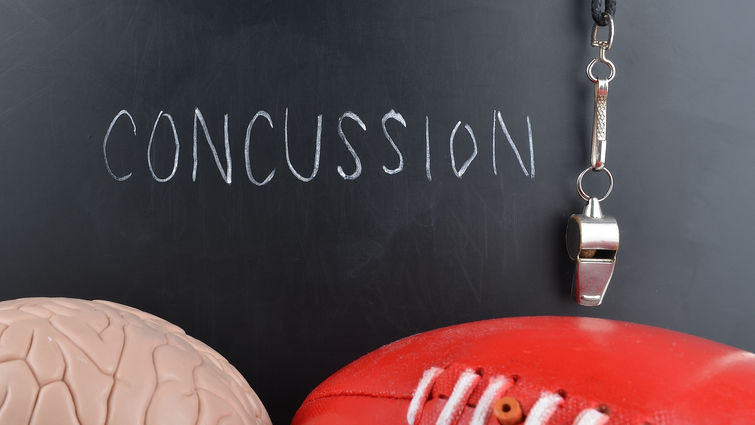 Children and adolescents are getting back into their school routines —including various contact sports. The term “concussion” is often thrown around in these various sports when someone hits their head too hard on something or someone else. This leads to healthcare professionals becoming concerned that parents may not fully understand the gravity, danger and seriousness of an actual concussion.

Tanya Minasian, DO, a pediatric neurosurgeon at Loma Linda University Children’s Health, says there’s generally a disconnect between the commonality of the term concussion and the reality of the injury.

“When your child has a concussion, it’s not just a cut on the scalp or a small bump on the head,” Minasian says. “It is the potential injury to the brain that concerns us.”

The leading cause of death and disability among adolescents is traumatic brain injury, Minasian says. Of those, 20% are due to sports.

What is a concussion?

The Centers for Disease Control and Prevention (CDC) lists a concussion as a type of traumatic brain injury (TBI) caused by a bump, blow or jolt to the head or by a hit to the body causing the brain to move rapidly back and forth in the skull.

“This rapid acceleration and deceleration movement of the head causes the brain to bounce around in the skull,” Minasian says. “These shearing forces and other chemical changes in the brain can damage brain cells.”

According to the CDC, some medical providers may describe a concussion as a “mild” brain injury because they are typically not life-threatening. However, there can be a more serious underlying problem and even serious long-term effects.

“While there are varying degrees of severity, a concussion is still a traumatic brain injury,” Minasian says. “Some examples of TBI include a skull fracture, a skull fracture with an underlying hematoma, blood on top of the brain or inside the brain. Injury could be so severe that it may even require surgery to remove blood and/or repair the skull fracture.”

TBIs are divided into categories of mild, moderate and severe. Minasian wants parents to be aware of the various signs and symptoms for both mild concussions and the more serious injuries.

Signs and symptoms of a mild concussion:

Signs and symptoms of a more serious injury:

Minasian advises all parents to seek medical attention for their child if they are believed to have suffered a concussion. But if the child is exhibiting symptoms of a more serious injury, call 911 immediately.

For concussions in kids, treatment varies due to the severity of the injury. Minasian says more mild concussions are treated with rest, relaxation and treatment of symptoms. However, for those with severe traumatic brain injury, approximately 50% of patients will require brain surgery to remove a blood clot, remove bone or treat swelling in the brain.

“Concussions and traumatic brain injuries are preventable,” Minasian says. “Safe play is key. ” She offers some tips for parents as their children, adolescents and teens engage in sports:

If a child has hit their head during practice or a game, but aren’t yet exhibiting signs or symptoms of a concussion, Minasian recommends the child sit the practice or game out as a safety measure. She stresses the importance of monitoring the child after the injury.

2. Be on the lookout for unsafe actions

25% of concussions in teenage athletes come from aggressive or illegal play. This can include striking another athlete in the head or using head or helmet to contact another athlete.

If a parent thinks their child has suffered a TBI or if they’re exhibiting symptoms of a concussion, seek medical attention. Also, it’s important to have a physician evaluate an athlete who has suffered a sports-related concussion before the athlete returns to play.

Minasian says it’s important to be aware of the added dangers from a second concussion.

“If a second concussion occurs, before symptoms from a previous concussion have resolved, this could be disastrous and life threatening; once again illustrating the importance of seeking medical attention after a suspected head injury,” she says.

Minasian and others at Loma Linda University Children’s Health are committed to sports concussion awareness and proper treatment.

She and another neurosurgeon at Loma Linda University Medical Center, Miguel A. Lopez-Gonzalez, MD, are co-medical directors for ThinkFirst — National Injury Prevention Foundation program. Partnering with the Loma Linda University Department of Neurosurgery, the goal of the program is to provide community outreach for the region.  Teaching TBI safety and prevention techniques to children and adolescents.

Minasian and Thaddeus E. Wilson, MD, a pediatric physical medicine/rehab physician, even joined forces to create a concussion clinic at Children’s Hospital. Once patients have suffered a mild concussion and have been cleared by a neurosurgeon in the hospital, they have follow-up appointments in the clinic to ensure they and their families are receiving proper follow-up, ongoing education and resources.

Visit our website to learn more about traumatic brain injuries, including concussions.