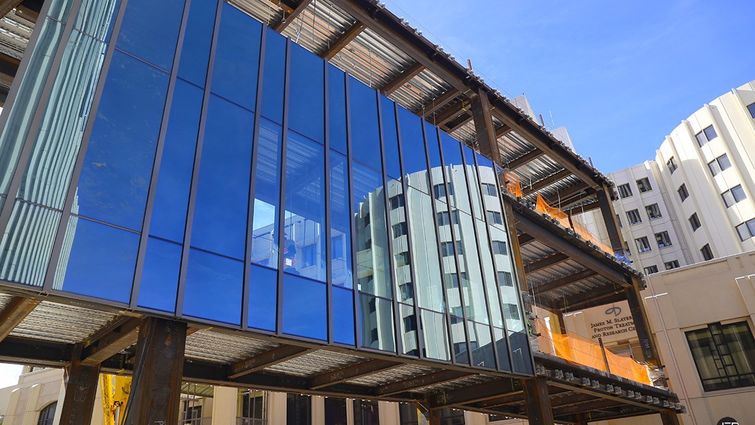 Workers from Tower Glass, Inc., have completed installing the glass panel walls on the west connector bridge that links the second and third floors of the existing Loma Linda University Medical Center and Children’s Hospital to levels two and three of the podium supporting the future hospital towers presently under construction.

The project was halted temporarily because of strong Santa Ana winds that blew through the region in mid-February. For the entire project, Tower Glass has installed more than 260,000 square feet of windows and walls.

These two newest connections are known as:

The ongoing hospital construction is a part of Loma Linda University Health’s Vision 2020 – The Campaign for a Whole Tomorrow. New buildings for adult patients and an addition to the Loma Linda University Children’s Hospital will exceed California’s upcoming seismic requirements for hospitals.