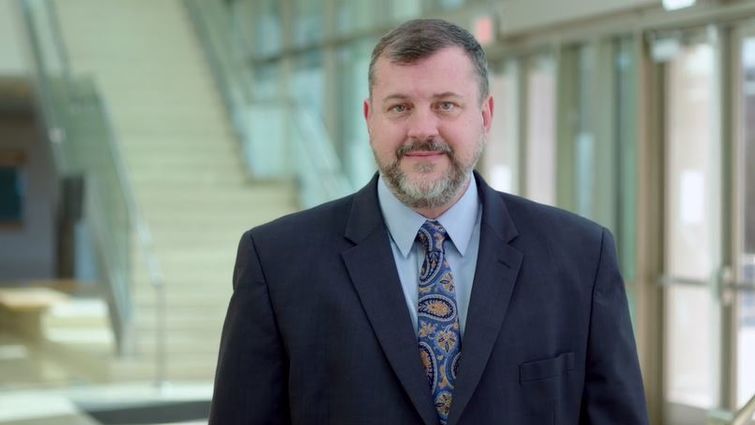 Loma Linda University School of Pharmacy dean Michael Hogue, PharmD, FAPhA, FNAP, has been selected by the American Pharmacists Association (APhA) as its liaison representative to the Centers for Disease Control and Infection (CDC) Advisory Committee on Immunization Practices (ACIP).

The ACIP is a group of medical and public health experts that develops recommendations on how to use vaccines to control diseases in the United States.

The CDC sets adult and childhood immunization schedules based on recommendations from the ACIP. The committee considers many factors, including the safety and effectiveness of the vaccine. There are 15 voting members responsible for making vaccine recommendations. The Secretary of the U.S. Department of Health and Human Services (DHHS) selects these members following an application and nomination process. Fourteen of the members have expertise in vaccinology, immunology, pediatrics, internal medicine, nursing, family medicine, virology, public health, infectious diseases, and/or preventive medicine; one member is a consumer representative who provides perspectives on the social and community aspects of vaccination, according to the CDC.

In addition to the 15 voting members, ACIP includes eight ex officio members who represent other federal agencies with responsibility for immunization programs in the United States and 37 non-voting representatives of liaison organizations that bring related immunization expertise to the work of ACIP. Hogue is the second pharmacist to serve on the ACIP. His predecessor served 21 years on the committee.

“We are confident that Dr. Hogue will do an outstanding job in providing his own and pharmacists’ perspectives to the work of ACIP and will be an outstanding contributor to the process,” said Mitchel C. Rothholz, RPh, MBA, APhA chief of governance and state affiliates. “Hogue has actively engaged with CDC and ACIP over the past 25 years and is an active participant as APhA’s appointee to ACIP’s COVID-19 Vaccination Workgroup.”

For the past year and a half, Hogue served as the only pharmacist on ACIP’s COVID-19 vaccine Workgroup. Composed of 45 healthcare professionals, the workgroup meets weekly to establish vaccine efficacy and make policies around the distribution of the vaccine and subsequent booster shots.

Hogue has served in various roles at the McWhorter School of Pharmacy at Samford University College of Health Sciences in Birmingham, Alabama, prior to his time at Loma Linda University, including interim dean, professor, pharmacy practice department chair, and as associate dean for the university’s Center for Faith and Health.

Hogue holds a doctorate of pharmacy from Samford University College of Health Sciences.

Under the direction of Hogue, Loma Linda University School of Pharmacy has been recognized nationally, twice, for the school’s community outreach during the pandemic. LLUSP received the “Rookie Award” at the 10th annual 2021 Medication Adherence Team Challenge, in July and received a $20,000 grant from the National Association of Chain Drug Stores (NACDS) Foundation Scholarship Program in September.