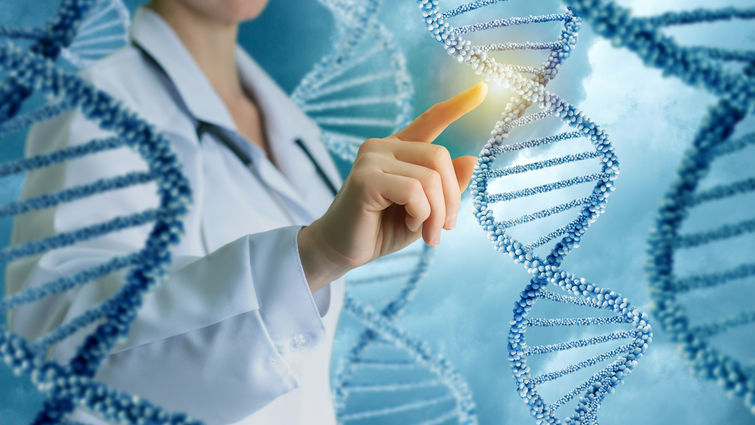 Loma Linda University Health researchers have pinpointed two genetic markers that could be responsible for worse health outcomes in Hispanic and Latino children with leukemia — their findings published last month in the journal Leukemia.

Gaining a better understanding of the biological mechanisms behind the gene mutations could help pediatric oncologists better determine a prognosis for patients with more effective treatment plans, researchers said.

“The real, molecular understanding of why some ethnic groups don’t do as well with various forms of cancer is not well understood,” said Mark Reeves, MD, PhD, director of the LLU Cancer Center and co-author of the study. “Some of this has to do with access to care and poor support systems, but this work shows that, in addition to those important factors, there are genetic alterations that explain why there would be worse outcomes.”

Reeves and the late Kimberly Payne, PhD, partnered with pediatricians in 2016 from Penn State Health and Children’s Hospital Los Angeles to study over 200 patients.

“It may be possible that novel therapies could block the problems that those specific mutations cause,” Reeves said. “Determining whether these mutations are present in patients could become a way to help guide therapy.”

The disparity has previously been identified, and a dual study recently outlined a treatment strategy that may be beneficial to patients suffering from this health disparity in B-ALL. Researchers found that using a combination of drugs on cancer cells from Hispanic and Latino patients to target the protein, mTOR, could lower resistance to chemotherapy and reduce poor prognosis — thus setting a precedent for clinical testing of this new combination therapy that may benefit patients suffering from pediatric leukemia.

Visit the Pediatric Leukemia Research Program’s webpage to learn more about this topic of research at Loma Linda University Health. For additional information about the development of Payne’s research interests and discoveries on B-ALL, read this article she wrote and watch the video below.