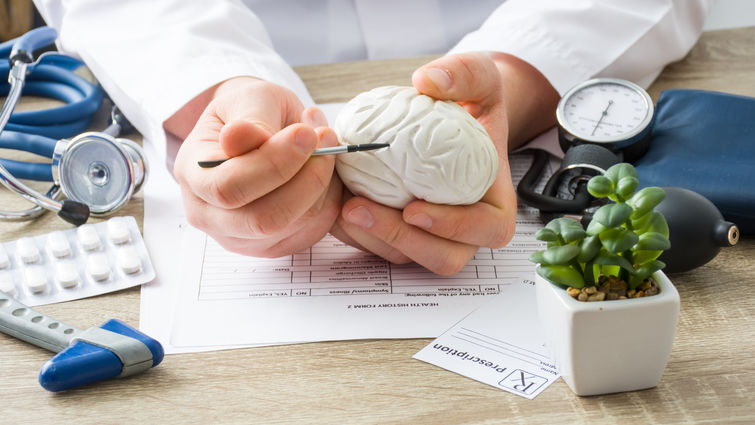 An estimated 150,000 deep brain stimulation (DBS) implants were performed around the world last year. The innovative procedure helps those suffering from movement disorders such as Parkinson’s disease, essential tremor and dystonia. Movement disorders are not uncommon — an estimated 7 million Americans have essential tremor. Parkinson’s alone, with roughly 60,000 diagnoses each year, ranks as the second most common neurodegenerative disorder following Alzheimer’s. For perspective, there are some 85,000 diagnosed patients in California suffering from Parkinson’s disease, according to the Parkinson’s Foundation.

Whether it’s essential tremor or a neurodegenerative disease like Parkinson’s, there is no cure yet for these disorders; however options are available to manage patients’ symptoms and help them with their everyday tasks. DBS can serve in addition to medical treatment, by helping alleviate symptoms, decreasing medication dosage and significantly improving the quality of life for patients. Our experts offer these takeaways on DBS:

A neurological surgery that consists of implanting three components installed. First, a thin wire, called a lead, is inserted into targeted regions of the brain. Next, an internal pulse generator (IPG) containing a battery is installed. Finally, an extension wire is connected to the IPG and the lead. Together the device components deliver electrical signals to targeted areas of the brain to control movement and abnormal nerve signals that are a result of neurological disorders.

How does DBS help symptoms?

According to Loma Linda University Health experts, the success of improved symptoms varies from person to person. Some people can see huge improvements, while others see only a little, but DBS overall can help improve motor tone, reduce tremor and dyskinesia (abnormal unwanted movements), and in some cases may completely control it. Our experts also note that DBS is not a cure for Parkinson’s or other movement disorders such as essential tremor or dystonia — rather, it serves as a treatment option with medication therapy to optimize and reduce symptoms so a patient is more comfortable and able to participate in physical activity.

How long do the benefits of DBS last?

Similar to the degree of symptom relief, the duration of DBS benefits varies from patient to patient. But some patients have recorded success between 10 to 15 years. Our experts note that as the disorders progress, the implant can continue to be readjusted to fit their symptoms.

Which patients qualify for the procedure?

There are many qualifications in determining whether this is the right procedure for each patient, but there are general guidelines depending on the disorder. For those diagnosed with essential tremor, medication may not be as effective as the patient would wish. DBS, then, could be a good fit. For those suffering from Parkinson’s disease, the process is more complex. Good candidates are patients who have had Parkinson’s disease for at least five years, have “on/off ” motor fluctuations — with or without dyskinesia — have continued positive response to medications, have symptoms interfering with daily activities and no signs of dementia.

What are some common misconceptions about DBS?

There are three common misconceptions around DBS, according to Khashayar Dashtipour, MD, PhD, neurologist and the director of the Movement Disorders Center at Loma Linda University Medical Center. The first is that DBS is a cure for movement disorder patients. The second is that DBS works best for patients who are not responding to their medication treatments. “Patients who don’t respond to medication treatments won’t respond to the DBS procedure either,” Dashtipour says. “Our goal is to have patients respond to their medications in some way so that it works with the DBS implant to help lessen their symptoms together.”

A third misconception is that the DBS procedure should be a last resort treatment for movement disorder patients. “Research is showing that when patients are younger and earlier in their disorder, they are more likely to have a better outcome to the implant,” Dashtipour says. “Think of the procedure as turning back the clock on your symptoms. Earlier on, those symptoms are less severe and the disorder has had less time to progress, resulting in a stronger impact on the patient.”

What is the future of DBS?

In 2017, a new device for performing DBS was approved by the FDA making it the third in the United States to use. Dashtipour and neurosurgeon Miguel Lopez-Gonzalez, MD, in February 2018 successfully implanted the device in an 81-year-old female with Parkinson’s Disease at Loma Linda University Health, marking the second in California and the fourth in the nation to utilize the new rechargeable system with the longest battery life available for DBS to treat Parkinson’s. Lopez-Gonzalez says as technology continues to advance, miniaturization of the implants, longer lasting batteries, wider device capabilities, use of robotics, among others, DBS procedures may become more accessible to the movement disorder community.

“The community is going to tremendously benefit from the newer, smaller and less-invasive technologies that are coming by making the implantations safer and comfortable,” Lopez-Gonzalez says. “We are going to see more patients at ease with the procedure, and as a result, we will be able to help a larger population achieve a better quality of life.”

Currently, extensive research is underway for future applications of deep brain stimulation in conditions affecting millions of patients. These conditions include major intractable depression, severe obsessive-compulsive disorder, morbid obesity, chronic intractable pain, addictions, chronic traumatic brain injury and sequelae of stroke. The horizon of its applications is extensive, signaling some hope for patients with these conditions.

The implant is currently covered by insurance for Parkinson’s disease and other movement disorders. Loma Linda University Health Department of Neurology is currently accepting patients.

Learn more about Loma Linda University neurosurgery offerings at lluh.org/neurosurgery or by calling 909-558-638.