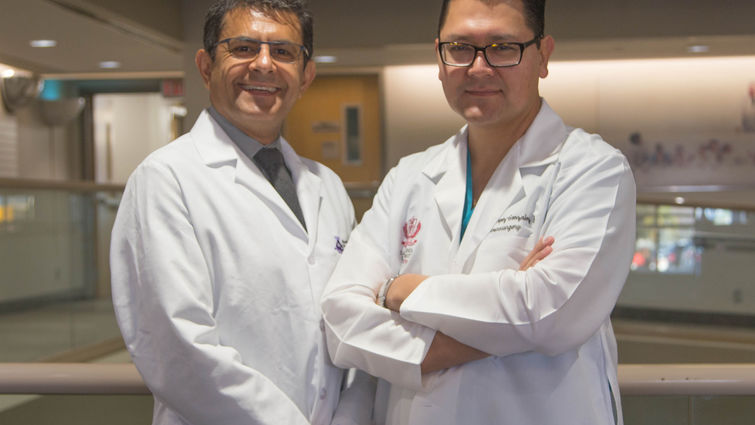 A new, innovative deep brain stimulation (DBS) system, called Vercise, was successfully implanted in an 81-year-old patient with Parkinson’s Disease at Loma Linda University Health, the first such procedure in Southern California and the fourth in the nation to utilize the DBS device to treat Parkinson’s.

The procedure involves the implant of a thin wire — called a lead — into the patient’s targeted brain region. In this particular case, the patient received electrodes on each side of the brain. Electrical stimulation is delivered via the lead, which helps control abnormal brain activity that causes tremors, stiffness or slow movement.

“This device opens more doors for Parkinson’s patients in need of deep brain stimulation,” Lopez-Gonzalez said. “With time, we will be able to monitor the device’s progress and hopefully determine if this is more beneficial.”

In December 2017, the FDA approved Boston Scientific's Vercise device, the third approved device in the United States for performing DBS.

The rechargeable device was first approved in Europe following various clinical trials. It has been used to increase precision and avoid common side effects of DBS therapy that affects the brain beyond the intended target. It offers a multi-source constant current, allowing flexible control of stimulation that adapts to individual physiologies, impedance variabilities, and disease progression.

“For the first time, the battery has a 15-year life,” Dashtipour said. “With the increasing risk of surgery after a certain age, our patient will not have to undergo surgery in three to five years as with other devices.”

Dashtipour was able to successfully turn on the device just three days following the procedure and will adjust the levels according to the patient’s comfortability. His goal is to keep the patient “on condition” meaning throughout the day. The patient will hopefully experience zero to minimal side effects, including tremors and stiffness.

Patients who experience dystonia, or abnormal movement, suffer from consistent tremors and have been prescribed various medications are considered prime candidates for the Vercise implant.

The Vercise’s electrical system is designed to give both doctors and patients greater control over the current applied at the individual electrodes, regardless of the resistance at the end of the wire. DBS delivers targeted electrical stimulation to specific regions of the brain to help treat symptoms of Parkinson’s.

According to the Parkinson’s Foundation, the neurodegenerative disorder affects approximately 1 million people in the U.S. and 10 million worldwide. The disease is a progressive movement disorder that primarily affects the dopamine-producing neurons in a specific area of the brain. Over time, the disease causes tremors, slowness of movement, limb rigidity and balance difficulties.

The implant is currently covered by insurance. Loma Linda University Health Department of Neurology is accepting patients at this time.