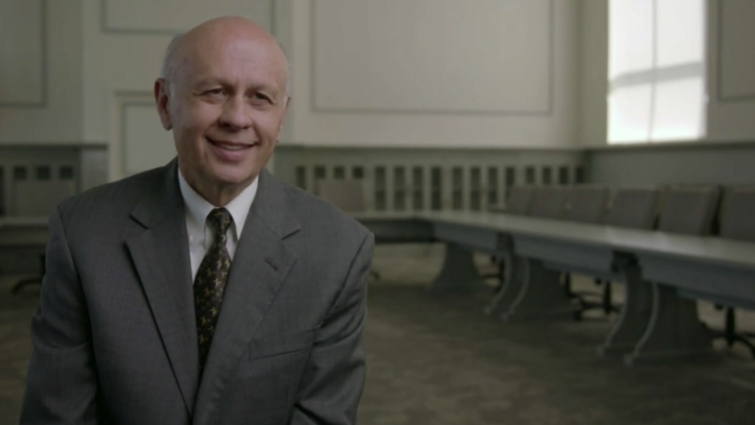 Ricardo Peverini, MD, MS, MS, was honored with the Dr. Leonard L. Bailey Outstanding Clinician Award for his lifelong dedication and distinguished service to his patients and colleagues at the 28th annual Children’s Hospital Foundation gala earlier this month.

Long even before he became president of Loma Linda University Faculty Medical Group, Peverini, possessed a strong passion for infant patient care and creating mechanisms to enhance care. The combination of those skills has enabled him over the span of his years of service to Loma Linda University Health to contribute to the organization’s mission in profoundly significant ways as a dedicated clinician and pioneering administrator.

A native of Uruguay, Peverini came with his family to the United States. Ultimately becoming a physician specializing in neonatology, Peverini’s journey to healthcare started with an interest in numbers and systems. Prior to medical school, he completed a bachelor’s degree in biophysics and mathematics followed by a master’s degree in computing science.

With this foundation, Peverini came to Loma Linda University to study medicine and work as a pediatrics resident with a fellowship in neonatology. He would later earn a master’s degree in medical informatics from Stanford University.

Today, colleagues describe Peverini as being ultra-dedicated to his work as a clinician. He is tremendously skilled at deciphering what a sick infant may be experiencing. He also brings a gentle, sympathetic way of helping parents understand what they’re facing and the possible solutions. He frequently stays with patients and their families long into the evening, offering reassurance and a listening ear to help them process their fear. He’s also known as an excellent teacher of his specialty.

Beyond his clinical work, Peverini has become a major force in contributing to world-class care in the region. Shortly after becoming division chief of neonatology in 1998, he established two endowments that help support the department’s mission of caring for pre-term infants and those with congenital diseases. He also worked to continually improve support to clinicians, using his skills to examine numbers and metrics to consolidate departments and structures, saving money and other resources.

Peverini created what was the organization’s first widely adopted electronic medical charting process, enabling himself and other clinicians to spend more time with patients and their families. Even with the adoption of vendor systems — the implementation of which he led — clinicians still periodically access data from Peverini’s original system and speak highly of its design.

The award he received is named after the late Leonard Bailey, a world-renowned pediatric heart surgeon whose work gave hope to children everywhere. His research and innovations in infant cardiology have helped save thousands of lives around the world. For 42 years, Bailey guided patients and their families through some of their most trying times.