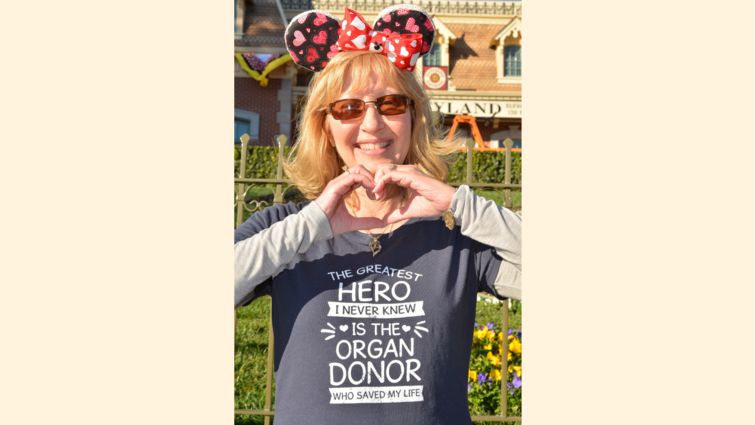 Julie Hutchinson’s second life started 27 years ago. Each of those years, the 58-year-old Riverside resident has celebrated her heart transplant anniversary with loved ones.

“We call it my ‘anna-birthday’ since the day marks both the transplant anniversary and my second birthday to a new life,” she says about the special time of commemoration. “I’ve never met the heart donor’s family, and I don’t know who they are, but around my anna-birthday, they weigh heavy on my new heart.”

Hutchinson is among the longest-living patients who have received a single heart transplant as an adult at Loma Linda University Health, says Liset Stoletniy, MD, a heart transplant and advanced heart failure cardiologist at the International Heart Institute. Though similar situations occur in pediatric patients who receive neonatal transplants and grow into adulthood, it is less common for the adult population receiving heart transplants.

The mean survival duration of an adult heart transplantation lasts about 12 years, so Hutchinson, who is now at 27 years with her new heart, has beaten the odds by a long shot, Stoletniy says. This fact is “exceptional,” says Stoletniy, who also cared for Hutchinson throughout a subsequent cancer diagnosis and treatment. “She is a survivor.” 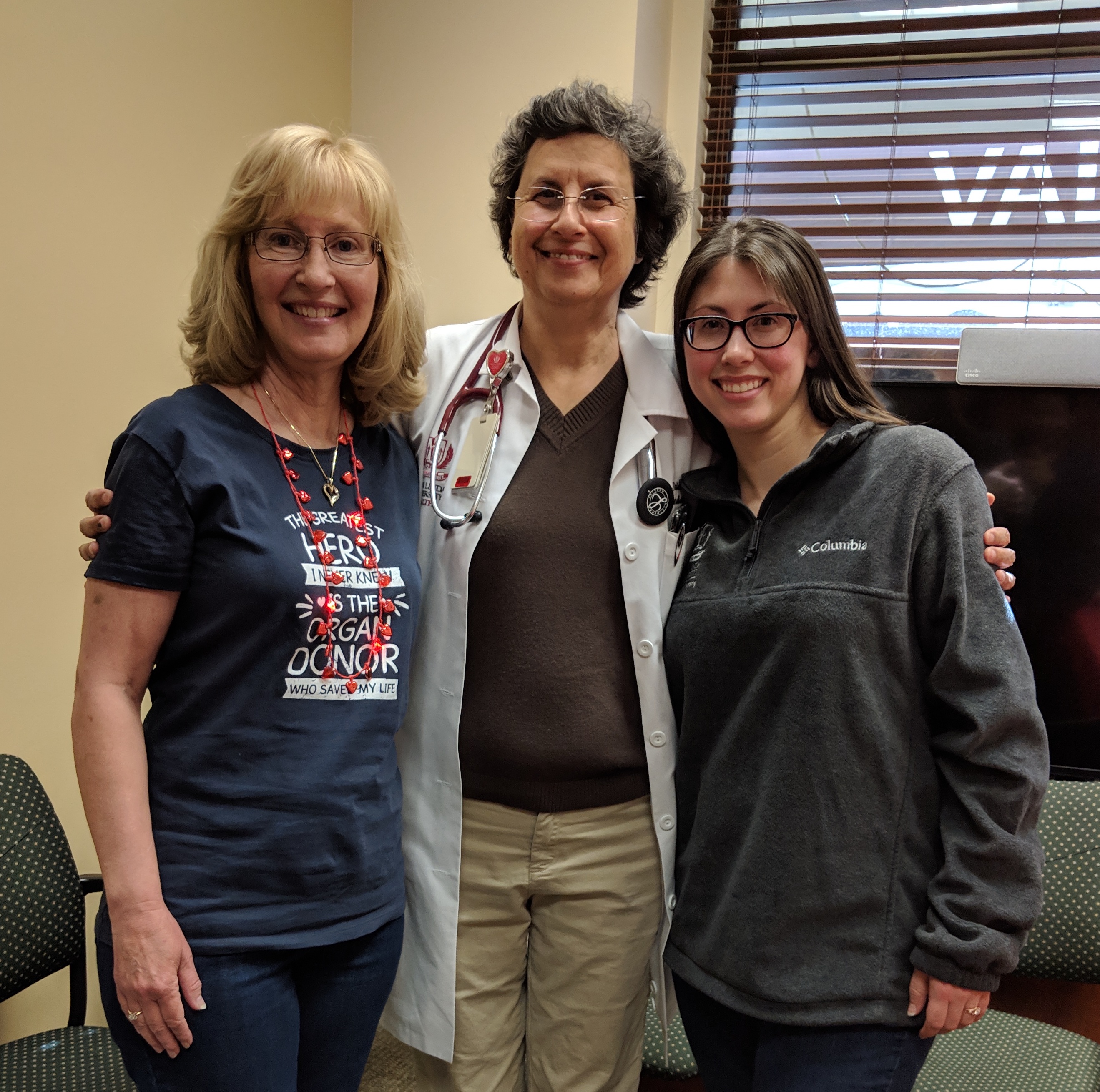 A startled Hutchinson initially struggled to process the news of her need for a new heart and her diagnosis, called dilated cardiomyopathy — an uncommon form of heart failure that manifests as a heart muscle weakness. Her health declined drastically over a mere matter of weeks before her admission at Loma Linda University Medical Center (LLUMC) around Thanksgiving 1993. She suddenly switched from living life as an energetic, busy mother to being practically bedbound in her home, an oxygen tank and "pharmaceutical setup" within reach.

“I had a two-year-old at the time who was very scared about what was happening to her mom, so everyone had to be very strong around her."

A mother and a fighter, Hutchinson spent the first seven months of 1994 healing from the transplant in isolation room number seven on LLUMC’s seventh floor. Life support had sustained her for days leading up to her procedure for a new heart. Upon awaking, she set out to reverse the effects of atrophy: re-learning from scratch how to lift her hands, walk, sit up, stand, eat, and speak as she did before. 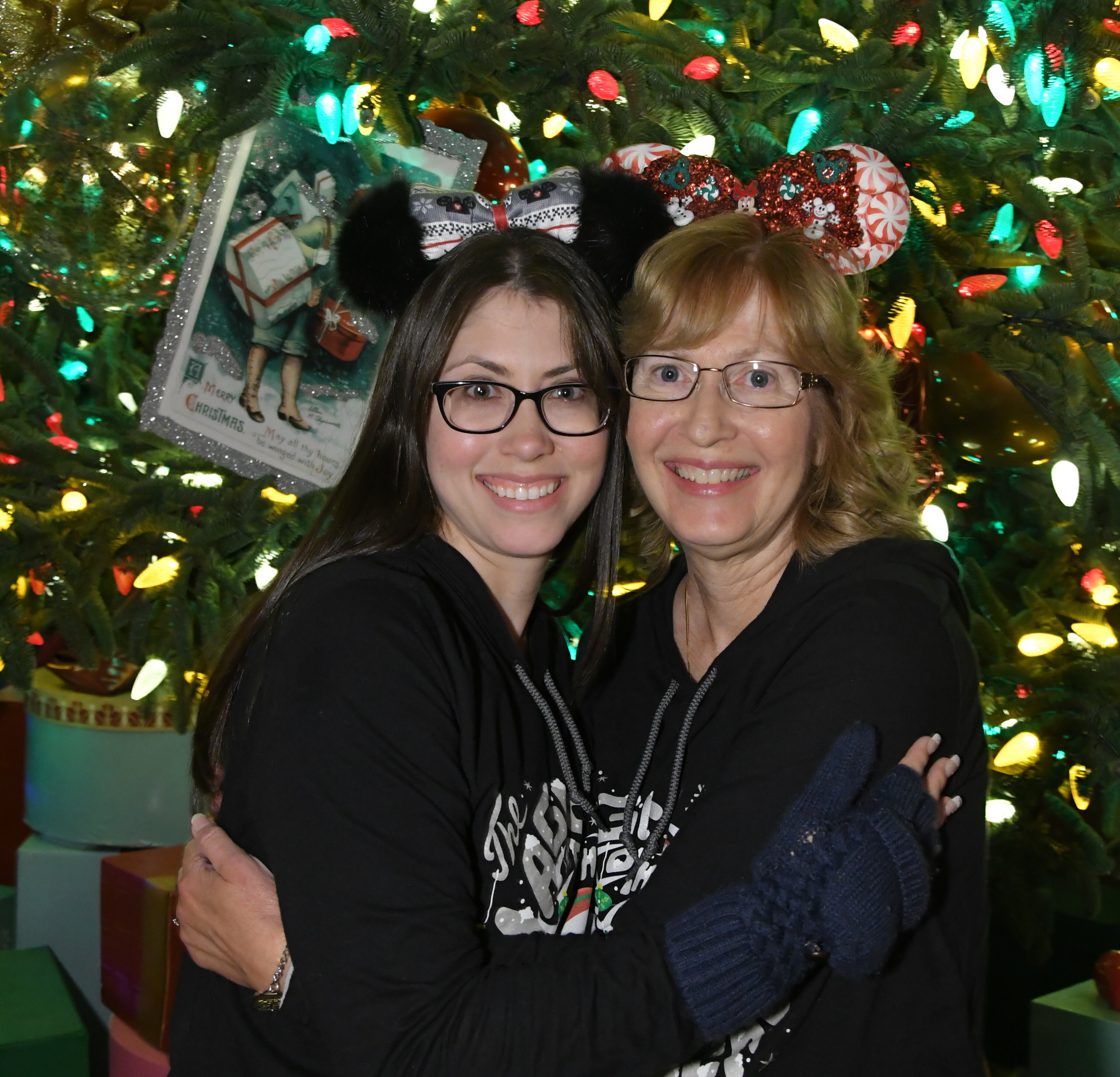 Facing health challenges or experiencing hospitalization, especially during the holiday season, marks a distinctly distressing experience, and one Hutchinson knows well. She shares bits of wisdom and tactics that helped her through such difficult moments in hopes of helping others in similar predicaments.

Many times at the hospital, Hutchinson said she didn’t think she could get through the day looming ahead. During those moments, she turned to her faith and her pastor's advice — go minute by minute. Breaking time down into bite-size pieces by getting through minutes at a time as opposed to worrying about the daunting feat of weeks ahead helped Hutchinson ease her stress and anxiety.

Something else that helped her immensely was to think about or plan an activity or trip to embark upon after hospital discharge. “I love to go walk up in the mountains, so I had a picture of the mountains in Big Bear. I daydreamed and got caught up about being well enough to go.”

Some see the glass half full, but she actually sees the glass entirely full.Dr. Liset Stoletniy

Yet ultimately, it was a rich exchange of love and compassion between Hutchinson and others that she says motivated her to fight for life on several occasions. A support system of care teams, church community, friends, and family surrounded her.

“Always have someone to talk to, even if it’s just to cry,” she says.

Nurses and physicians from cardiac and transplant care teams showed compassion and attunement to Hutchinson’s physical and emotional well-being — especially nurses at night, a time when Hutchinson says she worried she might never see her daughter again.

The amazing people who worked to help make sure that I have been able to grow up with my mom is what made me choose nursing as a profession.Caitlin Hutchinson

Care teams rallied the same level of support for Hutchinson again in 2010 as she underwent part of her treatment for non-Hodgkin’s lymphoma at LLU Cancer Center. Cardiac and oncology teams coordinated her care, setting up protocols to monitor her heart health throughout cardiotoxic chemotherapy and visiting during her infusions.

Stoletniy says she has admired Hutchinson’s steadfast positivity. “It’s always nice to see her because she is who she is, very bubbly and happy to be alive. Some see the glass half full, but she actually sees the glass entirely full,” she says.

Forging and cherishing strong bonds with care teams helped Hutchinson pull through, she says. Hutchinson also leaned on her high-school sweetheart and husband, Tom, and the rest of her family for support. Pictures of family and her daughter’s colorful drawings hung on room seven’s walls. “Those pictures were the first thing I’d see when I woke up and the last thing I saw before going to sleep.” 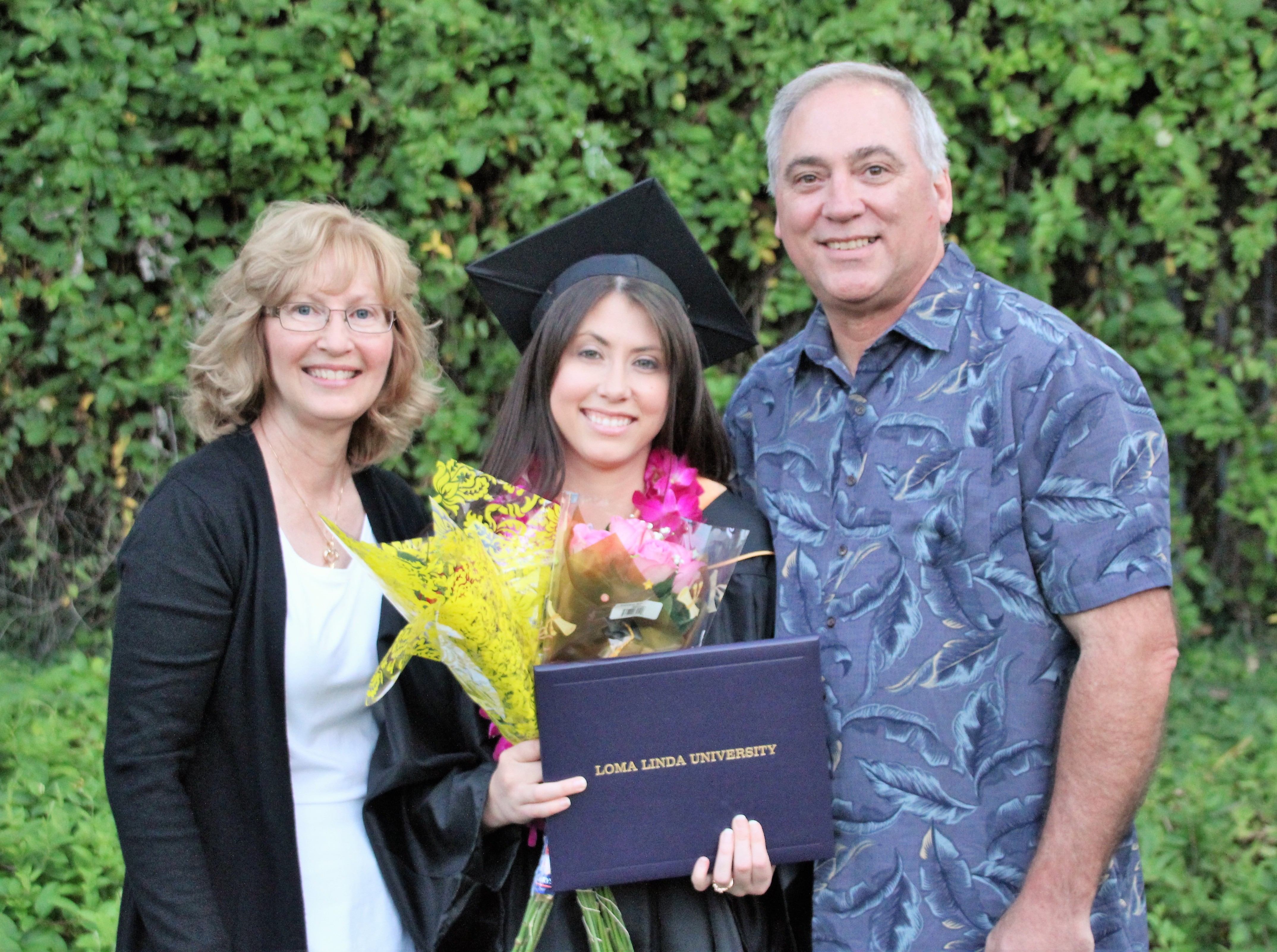 Caitlin, Hutchinson’s daughter, was constantly top-of-mind and motivated her healing. Today, a 30-year-old Caitlin holds a bachelor’s degree in nursing and a master’s degree in public health from LLU and has drawn her dedication to the medical field from watching her mother overcome health challenges.

"The amazing people who worked to help make sure that I have been able to grow up with my mom is what made me choose nursing as a profession," she says. "This created in me a drive to better others' lives and have as positive an impact on my patients’ and their families’ lives as Loma Linda University Health has on mine.”

In January, Hutchinson plans to celebrate her 28th ‘anna-birthday’ with Caitlin, Tom, and loved ones — the same month she expects to meet her first grandbaby. Caitlin plans for her baby to take first breaths of new life at LLUMC, same as she did as a baby, and, in a way, as did Hutchinson in 1994 as she awoke to another chance at life with a new heart.

“There isn't a day that doesn’t go by that I’m not thankful.”

To learn more about heart transplants, visit https://lluh.org/transplant-institute/our-services/heart-transplant. If you or your family are facing what may seem like a complex heart diagnosis, schedule an appointment with one of our experts by calling 1-800-468-5432. 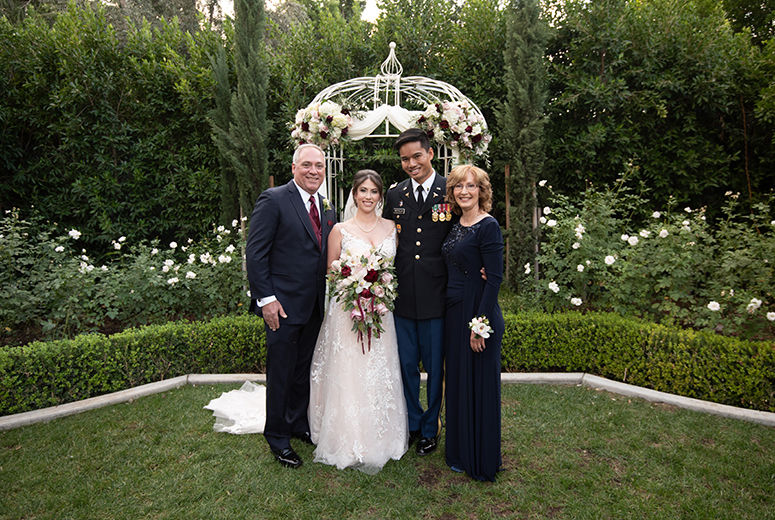 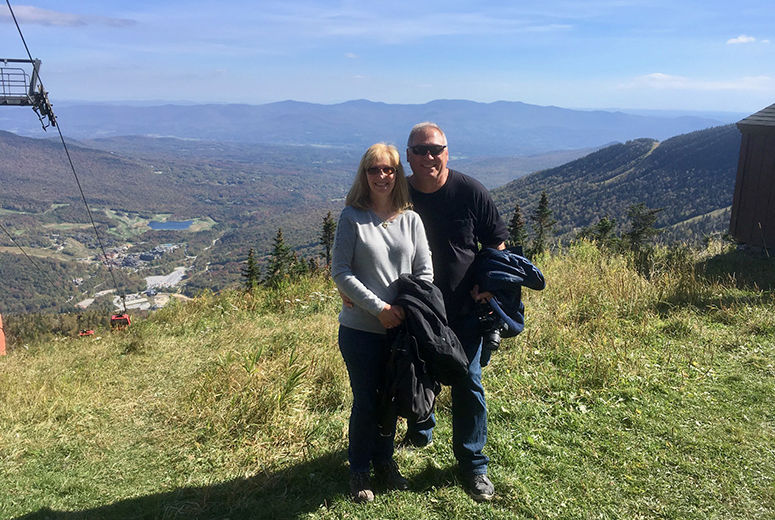 Julie and her husband, Tom 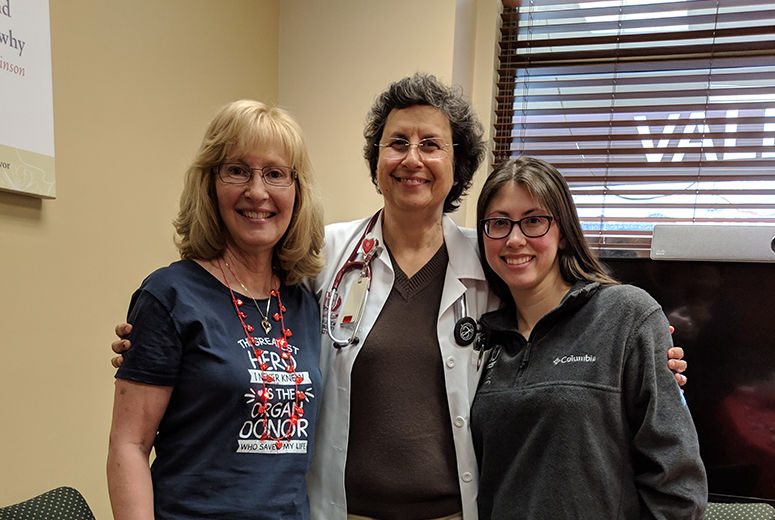 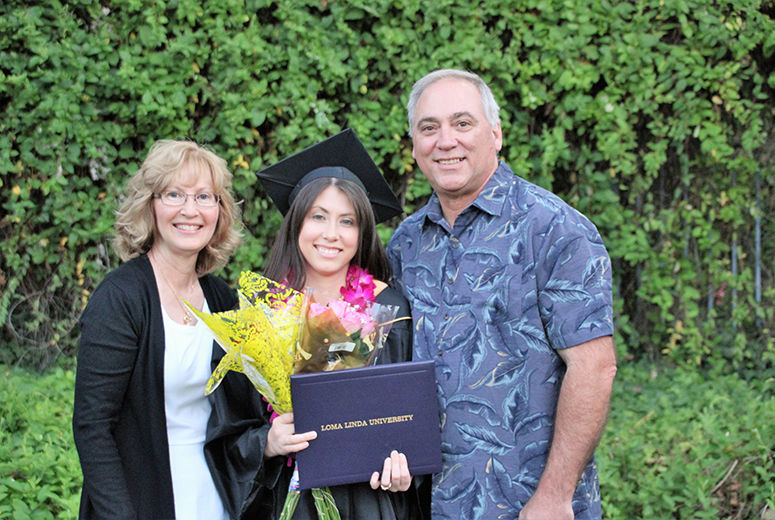