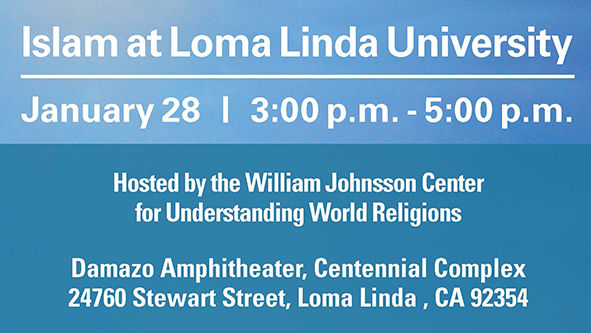 This is the center's inaugural program.

Religious hostility too often sits at the core of conflict and violence. Honest dialogue and mutual respect are part of the solution, and hence one reason Loma Linda University Health has created the William Johnsson Center for Understanding World Religions.

The new center, approved by the Board of Trustees in February 2016, will hold its inaugural event Saturday, Jan. 28; full details are below.

The name of the center recognizes William Johnsson, PhD, MA, and his contributions to promoting interreligious understanding in the Seventh-day Adventist Church. 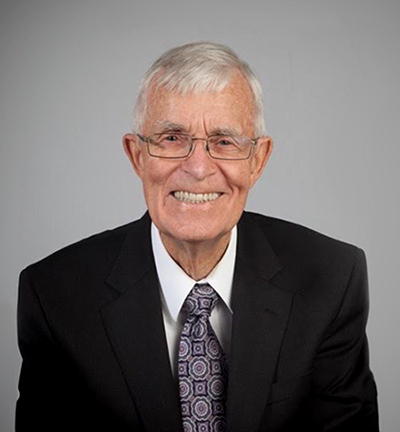 Johnsson served as assistant for interfaith relations for former General Conference President Jan Paulsen for a number of years following a prolific career in publishing and scholarship in the Adventist Church. Johnsson retired to Loma Linda in 2014, where he regularly teaches courses for LLU School of Religion and still writes books.

Purpose of the center

Dean Paulien notes that central to the definition of a university is the exchange and understanding of diverse ideas — such as different religious beliefs.

The surest way to people’s hearts is
through their faith.
Dr. Jon Paulien

“Working or studying at Loma Linda University Health is a calling, not a job,” Paulien says. “If God calls non-Christians to Loma Linda, then that is a spiritual gift to us. They can benefit us by testifying to what God has done in their lives.

“Furthermore, the surest way to people’s hearts is through their faith,” he continues. “We need to understand the hearts of our students and employees of other belief systems so that we can serve them appropriately.”

For its initial activities, the William Johnsson Center for Understanding World Religions will hold meetings twice yearly, each focusing on a different religion.

Paulien says, “These programs will not be purely theoretical but will also include practitioners of that faith who are employees or students of Loma Linda University Health, sharing what it means to them, with an Adventist then responding about how Adventism at its best encourages Loma Linda to offer an environment where individuals of different faiths peacefully learn and practice alongside each other.”

The inaugural event will take place this Saturday, Jan. 28, with a focus on the faith of Islam.

The 3-5 p.m. program will explore the role and experience of Muslim students and faculty in the context of Loma Linda University Health’s mission and values. It will meet at the Damazo Amphitheater in the Centennial Complex, 24760 Stewart St. Free parking behind the building is plenteous.

President Hart will offer an introduction, while Johnsson, the center’s namesake, will discuss the scope and purpose of this new enterprise. Johnsson also gave the initial donation to launch the center.

The program’s expert presenters will almost all be students and faculty at Loma Linda University Health. A steering committee comprising Muslim faculty planned the event and selected the speakers.

A special guest from Claremont School of Theology, Jihad Turk, MA, will offer a talk titled “Why I Am a Muslim.” Turk is president of Bayan Claremont, a seminary to educate Muslim scholars and religious leaders.

Gerald Winslow, PhD, director of the LLU Center for Christian Bioethics, will then speak about Seventh-day Adventism and Islam.

The choice of Islam as the first program’s focus reflects part of the impetus to start such a center at Loma Linda University Health.

Story of the center’s founding

The original suggestion for such a center came from Gabriela Profeta-Phillips, coordinator of Adventist-Muslim relations for the North American Division of Seventh-day Adventists.

Phillips and other General Conference representatives met with the School of Religion dean to develop a proposal to share at LLU Deans Council on Dec. 2, 2015, unknowingly at the same time a young Muslim couple unleashed a terrorist attack on San Bernardino. In the wake of that tragic event, the Deans Council reacted very favorably to the idea, with top-level administrative commitment coming soon after.

Paulien remembers, “A month later, we held a meeting with local Muslim leaders, engaging with them to communicate to the community that we at Loma Linda University Health want to be a center of healing, not just for our own campus but more broadly. We expressed our desire to redouble our efforts to be a partner of peace in the wider community.”