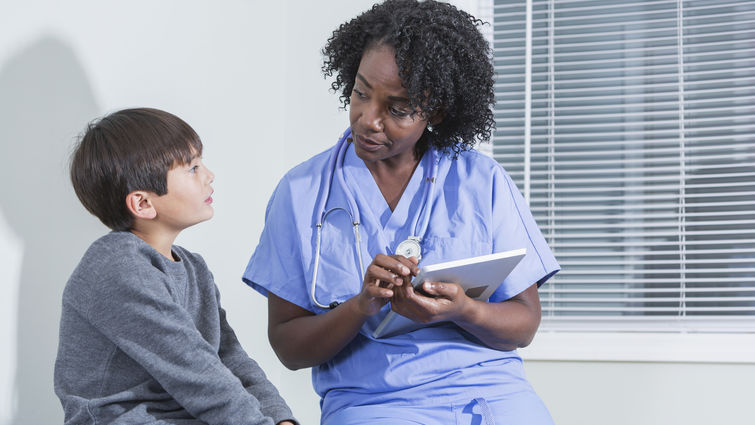 “There is strong literature showing that early Child-ACEs affect neurological development and can cause chronic stress in the body and an increased risk for many medical problems, including mental health issues and substance abuse, as they get older,” Marie-Mitchell said. “If we know that, we can prevent these poor outcomes either by reducing exposure to the adversity, or if its already occurred, we can offer support to the family and child so that outcomes improve.”

Pediatricians are encouraged to screen for ACEs, such as physical and sexual abuse, neglect, and household dysfunction such as parental separation, substance abuse, mental illness, domestic violence and incarceration. ACEs, however, can be difficult to bring up because of their sensitive nature.

The study was published last month in the peer-reviewed journal Global Pediatric Health.

The WCA is a consolidated questionnaire a parent or caregiver of a child age 0-11 years old completes during a well-child visit with their doctor that incorporates questions about exposure to and risk of ACEs. The WCA was approved by the state of California in 2016 and has been found to have no negative impact on the length of a doctor’s visit.

This study developed and implemented a tool to specifically screen for childhood ACEs at a pediatric resident clinic in Southern California. Development of the tool, which was later named the Whole Child Assessment, was based on an iterative process that incorporated triangulation of references, patient data and physician feedback.

Marie-Mitchell and her team reviewed 1,100 patient charts from well-child visits utilizing the WCA over the course of the approximately two-year study. They found that the use of the form increased the identification of multiple Child-ACEs compared with no screening. Additionally, researchers discovered that reports of multiple ACEs increased with age. The results suggest that use of the WCA provides an acceptable and feasible way to screen for Child-ACEs during routine pediatric practice.

Marie-Mitchell said the WCA is one of the first screening tools that has data to validate that it can indeed identify high-risk families.

At Loma Linda University Health, caregivers are dedicated to whole person care. “This assessment integrates the assessment of lifestyle and other risk factors that need to be addressed during well-child care. This reduces the burden of multiple questionnaires for families and providers,” Marie-Mitchell said. “In addition, pediatricians can play a key role in mitigating the impact of Child-ACEs by counseling families on healthy lifestyle habits, which are key components for addressing toxic stress. Because the WCA includes assessment of nutrition, exercise and sleep, the tool itself provides information to guide pediatricians in formulating a treatment plan with families.”