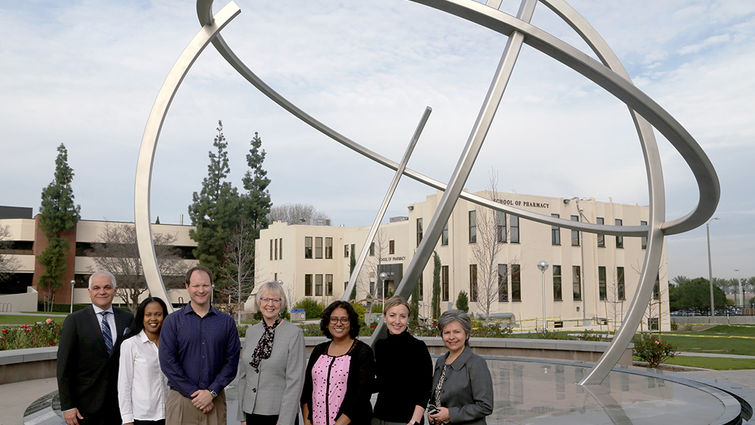 The office of research affairs at Loma Linda University Health recently announced that three teams of two researchers each have been named winners of the 2016 GRASP Awards. The acronym stands for Grants for Research and School Partnerships.

According to Anthony Zuccarelli, PhD, associate vice president for research affairs, the three were chosen from a field of 14 applications involving 26 co-principal investigators from seven Loma Linda University schools.

Each application was reviewed and scored by a panel of 15 or more senior researchers.

“Based on the combined scores of the reviewers,” Zuccarelli said, “three projects with investigators from five different schools were selected for awards, fulfilling the GRASP objective to encourage collaborative research between researchers in various parts of the institution.”

Roberts’ and Montgomery’s study — titled “Understanding health and emotional responses and perceptions of Asian-Indian needs” — will focus on a mindfulness-based stress-reduction intervention designed to help Asian-Indian immigrant women living in the United States cope with challenging social-adjustment situations that predispose them to elevated levels of anxiety and depression.

Boyle’s and Brantley’s study — titled AhR agonist analogs as novel agents to treat refractory breast cancer — seeks to test a potential treatment for the deadly disease which, according to the Centers for Disease Control and Prevention, currently kills approximately 40,000 women per year in the United States alone.

The GRASP Awards were instituted on campus in 2010 to address provide support for research across schools.

The GRASP Award program is already having an impact, giving more researchers across campus an opportunity to get their studies funded and allowing less-experienced investigators to team up with veteran researchers who are well versed on the requirements of national funding agencies.

“We look forward to the day when GRASP-funded projects will lead to significant new innovations in patient care,” Zuccarelli said.