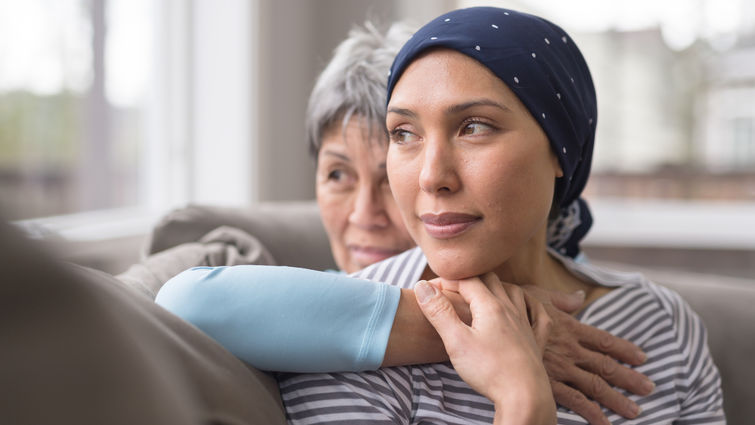 New research has found that surgery was associated with higher survival rates for patients with HER2-positive (HER2+) stage 4 breast cancer compared with those who did not undergo surgery. The research was presented at the American Academy of Cancer Research (AACR) annual Meeting on April 2 by senior author Sharon Lum, MD, professor in the Department of Surgery-Division of Surgical Oncology and medical director of the Breast Health Center, Loma Linda University Health; and lead author Ross Mudgway, a medical student at the University of California, Riverside School of Medicine.

Between 20 and 30 percent of all newly diagnosed stage 4 breast cancer cases are HER2+. This form of breast cancer once had poor outcomes, but advances in targeted therapy, such as trastuzumab (Herceptin), have led to improved survival.

In recent years, most patients with HER2+ breast cancer have been treated with systemic therapy, which could include chemotherapy, targeted therapy, or hormonal therapy, Mudgway said. Surgery is sometimes offered to these patients, but previous research on whether surgery improves survival has yielded mixed results, he said.

Lum noted that HER2 status has been reported in large registry data sets since the early 2000s, but the impact of surgery on this type of breast cancer has not been well documented across hospital systems. To assess the impact of primary tumor resection on survival in HER2+ stage IV breast cancer patients, they conducted a retrospective cohort study of 3,231 women with the disease, using records from the National Cancer Database from 2010 to 2012.

The researchers found that surgery was associated with a 44 percent increased chance of survival, assuming the majority also had systemic treatment.

“This suggests that, in addition to standard HER2 targeted medications and other adjuvant therapy, if a woman has stage 4 HER2+ breast cancer, surgery to remove the primary breast tumor should be considered,” Lum said.

“These results suggest disparities in health care due to race and socioeconomic factors, and these must be addressed,” Mudgway said.

Mudgway and Lum said numerous factors may contribute to a physician’s decision on whether to recommend surgery, including comorbidities, response to other forms of treatment, and overall life expectancy. They said these findings should be considered in the context of all other factors.

“For patients, the decision to undergo breast surgery, especially a mastectomy, can often be life-changing as it affects both physical and emotional health,” Mudgway said. “The patient’s own feelings about whether or not she wishes to have surgery should be considered.”

Lum noted that this is a retrospective study and may not be fully representative of women facing the decision of whether to have surgery. For example, she noted, doctors may be most willing to operate on women who are healthier overall and are, therefore, more likely to experience a positive outcome. Further research would be needed to confirm the survival benefit suggested by this study.