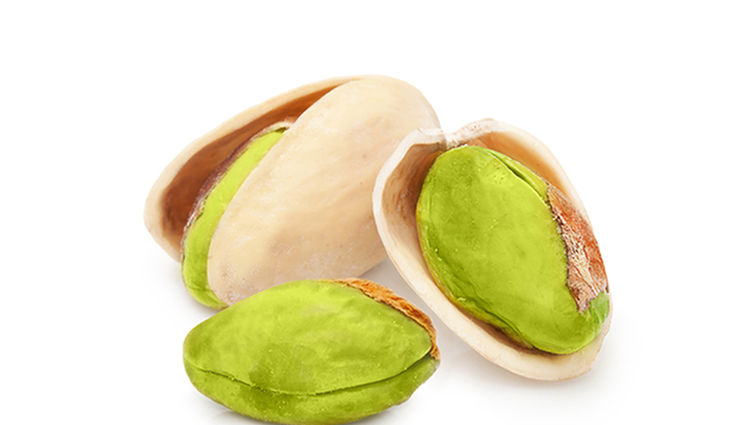 A new study by researchers at Loma Linda University Health has found that eating nuts on a regular basis strengthens brainwave frequencies associated with cognition, healing, learning, memory and other key brain functions. An abstract of the study — which was presented in the nutrition section of the Experimental Biology 2017 meetings in San Diego, California, and published in The FASEB Journal — may be accessed online at http://www.fasebj.org/content/31/1_Supplement/636.24

In the study — which is titled “Nuts and brain: Effects of eating nuts on changing electroencephalograph brainwaves”— researchers found that some nuts stimulated some brain frequencies more than others. Pistachios, for instance, produced the greatest gamma wave response, which is critical for enhancing cognitive processing, information retention, learning, perception and rapid eye movement during sleep. Peanuts, which are actually legumes, but were part of the study, produced the highest delta response, which is associated with healthy immunity, natural healing, and deep sleep.

The study’s principal investigator, Lee Berk, DrPH, MPH, associate dean for research at the LLU School of Allied Health Professions, said that while researchers found variances between the six nut varieties tested, all of them were high in very beneficial antioxidants, with walnuts containing the highest antioxidant concentrations of all.

Prior studies have demonstrated that nuts benefit the body in several significant ways: protecting the heart, fighting cancer, reducing inflammation and slowing the aging process. But Berk said he believes too little research has focused on how they affect the brain.

“This study provides significant beneficial findings by demonstrating that nuts are as good for your brain as they are for the rest of your body,” Berk said, adding that he expects future studies will reveal that they make other contributions to the brain and nervous system as well.

To gather research data on nut consumption and the brain, Berk — who is best known for four decades of research into the health benefits of happiness and laughter, as well as a cluster of recent studies on the antioxidants in dark chocolate — assembled a team of 13 researchers to explore the effects of regular nut consumption on brainwave activity.

In the introduction to the study, the team noted that different kinds of nuts contain different types of antioxidants. What they didn’t know, however, was whether different nut antioxidants had different modulatory effects on brainwave frequencies response.

To find out, Berk and his colleagues tested the effects of consuming nuts on frequency modulations inside the brain. He said the human brain produces five separate types of waves — delta, theta, alpha, beta and gamma — and that each wave produces its own frequency and occupies its own bandwidth. “Sort of like radio stations on a dial,” he said.

"These results coming from Dr. Berk’s research at the School of Allied Health Professions show that nuts can now be considered one of the superfoods helping to support brain health," Samardzija said.