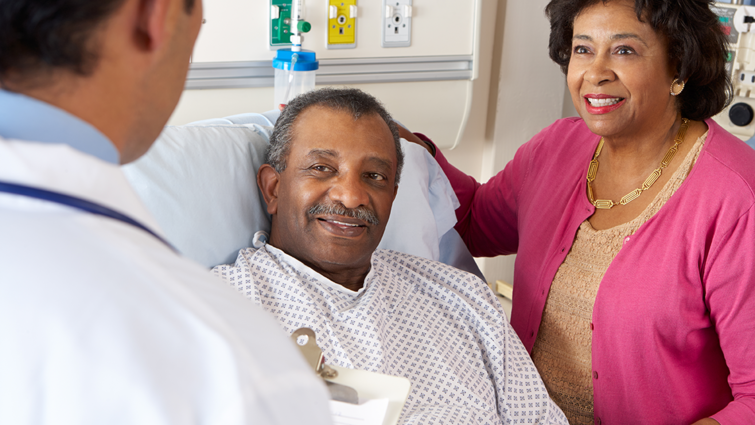 A study conducted by researchers in California explored potential barriers and facilitators for prostate cancer screening choices. Prostate cancer is the second most diagnosed cancer in the United States, and Black men are at a higher risk of — and are twice as likely to die from — prostate cancer, according to the American Cancer Society.

A team of researchers from Loma Linda University Health, led by Carlos A. Casiano, PhD and Susanne B. Montgomery, PhD, set out to identify the factors that influenced and discouraged Black men from participating in prostate cancer screening.

Titled “Prostate Cancer Screening Among High-Risk Black Men,” the study, which was published last month by the Journal for Nurse Practitioners, found that when providers actively discuss the pros and cons of screening, patients can make more educated decisions on whether screening is right for them.

“Because Black men have a sharply increased risk of having a more aggressive cancer occur at an earlier age, the provider should engage in the discussion early on,” said lead author on the study Lisa R. Roberts, DrPH, FNP-BC, associate professor and research director for the Loma Linda University Health School of Nursing. “When there are fewer screenings recommended, the cancer is more aggressive — or further along — when eventually detected.”

Among a high-risk cohort of 264 self-identifying Black men, the study showed less than 50 percent of the men over the age of 45 who met cancer screening guidelines had been screened in their lifetime.

Earlier research by a number of publications suggested that a lack of access to insurance or education was a key deterrent in Black men receiving screenings. But Loma Linda University researchers worked with a sample in which over 70 percent were insured and well-educated and found the decreased level of screenings were the same.

In 2012, the U.S. Preventive Services Task Force advised against regular screenings due to the potentially harmful effects of testing. “This change in the task force’s recommendation negatively affected Black men,” Roberts said. “Their guidelines were revised earlier this year, but during the period in-between, the rate of screening and detection sharply dropped — especially for Black men.”

Roberts added that individualized, patient-centered care is more effective than lumping everyone in one category. The study, which was funded in part by the National Institutes of Health, supports the revised U.S. Preventive Services Task Force recommendations and points to resources for providers to increase screening of high-risk Black men.