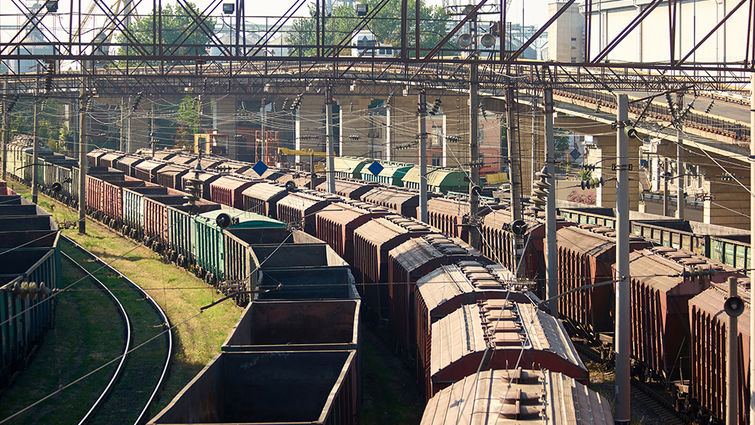 Loma Linda University School of Public Health researchers released the first study assessing all 18 major freight railyards in California and found a link with freight-railyard pollution to asthma-related emergency room visits in children. The study was published in the Nov. 23 edition of Preventive Medicine Reports.

This large-scale railyard study is a follow-up to the initial study of a railyard located in San Bernardino, which was known as the ENRRICH Project and funded by the South Coast Air Quality Management District. Previous studies have found links between automotive pollution and asthma-related emergency room visits, but little was known about the effects of railyard pollution on children before this.

The new study’s co-principal investigator, Rhonda Spencer-Hwang, DrPH, says the research team discovered a strong relationship between the likelihood of a child visiting a hospital emergency room for an asthma-related condition and residential proximity to one of California’s 18 major railyards.

The team found that many of those affected most by railyard pollution are low-income, minority children between the ages of 0 to 4 years of age. Children are also at highest risk of permanent damage because their lungs are undergoing changes that affect respiratory health the rest of their lives, researchers said.

“We found that the youngest, most vulnerable children suffer the most,” Spencer-Hwang said.

During the initial study, Spencer-Hwang, Susanne Montgomery, PhD and the late Sam Soret, PhD, the study’s other co-principal investigators, tested air quality at Ramona Alessandro Elementary School, less-than 500 yards from a railyard in San Bernardino. The worst pollution was found on the kindergarten playground.

“These little children are breathing in diesel pollution every day while they’re outside playing and running,” she said.

For this follow-up study of the 18 railyards, the team evaluated nearly 110,000 asthma-related children’s emergency room visits among children 0-14 years in age across the State of California. It has been previously documented that large diesel engines, like those used in locomotives, emit large quantities of fine particulate matter, as well as polycyclic aromatic hydrocarbons, benzene and arsenic, which all are known carcinogens.

The pollutants are harmful to children’s respiratory system and health in general, and they additionally create a concern for adversely impacting academic performance and jeopardizing future career prospects.

Spencer-Hwang said children living less than 10 miles from a freight railyard were at significantly greater risk of using the emergency room for asthma than those living more than 10 miles away. Within a 10-mile radius from the railyard, those living 5-10 miles away were also more likely to seek treatment than their peers who lived closer, within 5 miles of the railyard.

She proposes two likely reasons. First, locomotive particulates — which are lighter than air and higher in temperature — rise up and away from the source to potentially settle in adjacent neighborhoods a few miles distant.

Second, the physical design of railyards, with high walls and open ceiling spaces, contributes to the funneling of pollutants into wind currents, which carry them out of the immediate area.

The number of asthma-related emergency room visits was even greater when studying the five California railyards that emit the largest volume of particulates. The railyard in San Bernardino is number 5 on that list.

The Asthma and Allergy Foundation of America says 10 people die from asthma every day in the United States. Spencer-Hwang says it is the third leading cause of hospitalization among American children, impacting 7.1 million of them.

She was recently appointed to the steering committee for AB-617, the non-vehicular air pollution bill, which was signed into law by California Gov. Jerry Brown on July 26, 2017. The committee will establish air-quality monitors at several locations in San Bernardino.

Spencer-Hwang said she hopes AB-617 will provide the opportunity to measure the distribution of pollutants stemming from the freight railyard in San Bernardino.

“We also hope it will allow us to be better informed on exposure patterns so we can create strategic interventions to reduce pollutant exposures for community residents, especially children,” she said.