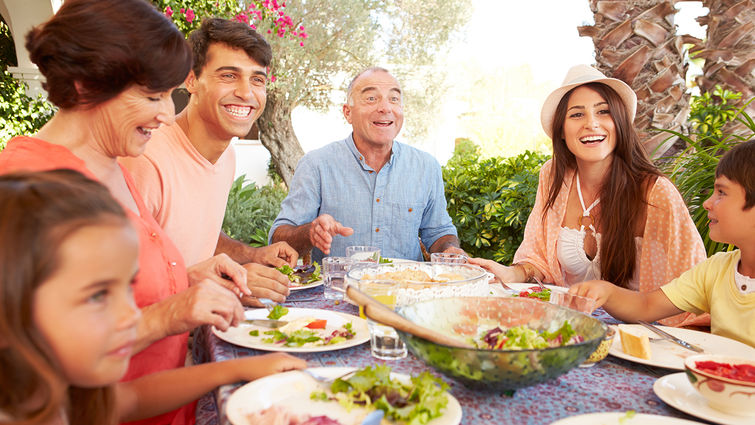 Researchers in the United States and Europe have found that adhering to the 2015 Dietary Guidelines for Americans pays significant health dividends even for people living outside the United States.

The study found that higher adherence to the 2015 DGA was associated with lower risk of all-cause mortality in Spain, and determined that mortality risk from cardiovascular disease and cancer was also reduced.

Joan Sabaté, MD, DrPH, professor of nutrition at Loma Linda University School of Public Health and coauthor of the paper, said the results underscore the benefits of good nutrition.

“The research is quite valuable because it measures the degree to which eating a healthy diet corresponds to a measurable reduction in mortality from chronic diseases,” Sabaté said. “It’s exciting because this is the first time the 2015 dietary guidelines have been shown to correspond to better health outcomes.”

The study — which was published in the January 2019 edition of Preventive Medicine  — was conceived during a research conference in Spain where Maira Bes-Rastrollo, PhD, a professor at the University of Navarra, presented research on sustainable, eco-friendly nutrition by one of her postdoctoral research fellows.

Later, the fellow, Ujué Fresán, PhD, shared the initial findings of her project linking healthy nutrition to a reduction in mortality from cardiovascular disease and cancer. Sabaté was impressed with the Spanish research and proposed a collaboration to develop Fresán’s project into a full investigation with Bes-Rastrollo serving as principal investigator.

Fresán, who transferred to Loma Linda University as a post-doctoral research fellow in 2017, says the study assessed habitual dietary practices of nearly 17,000 participants in the SUN Cohort — a large, open-enrollment study of the health and lifestyle practices of Spanish university graduates — and calculated their adherence to the DGA.

She echoed Sabaté’s enthusiasm about the results.

“The single most important finding was that people whose dietary practices closely parallel the recommendations for the American people are going to live healthier, longer lives,” Fresán said. She pointed out that no “magic pill” was involved because better health outcomes were achieved through following the dietary guidelines alone.

She said even a small increase in adherence to the 2015 DGA may have “non-trivial benefits” for maintaining good health, and therefore important public health implications. She said the results validate the guidelines, even in a population for which they were not originally designed. She said further investigation is needed in other populations, specifically in North America.

The guidelines for Americans are published by the Office of Disease Prevention and Health Promotion, an agency of the U.S. Health and Human Services Department. They are revised every five years to reflect the latest in evidence-based nutritional research.

Key recommendations of the 2015 DGA include eating a variety of dark green, red and orange vegetables, legumes, whole fruits, whole grains, fat-free or low-fat dairy, and a variety of protein foods including nuts, seeds and soy products. The guidelines caution against the use of saturated or trans fats as well as added sugars and sodium.

“The single most important finding was that people whose dietary practices closely parallel the recommendations for the American people are going to live healthier, longer lives,”