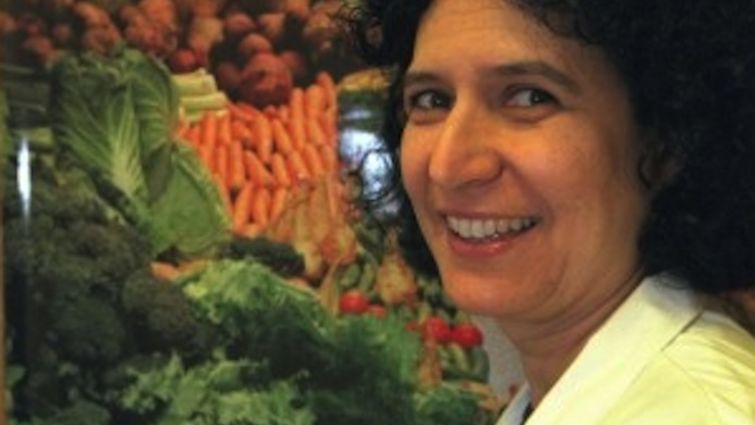 A recent study out of Loma Linda University School of Public Health Center for Nutrition, Healthy Lifestyle and Disease Prevention, links the consumption of large amounts of soya products to adverse effects on thyroid function in women.

The study found an association between soya food intake and elevated serum thyroid-stimulating hormones (TSH) only in women; women have more prevalent thyroid disease than men and may be more susceptible to effects of goitrogens or anti-thyroid environmental factors.  This is especially true during perimenopause and menopause.

Serena Tonstad, MD, one of the study’s co-investigators said, “Many consumers choose soya products as healthful alternative to animal products. However, our research at Loma Linda University suggests that high intakes of soya gives some evidence of an adverse effect in women--particularly those that for other reasons may already have a borderline underactive thyroid.”

“This could suggest that women consuming high quantities of soy have an annual check on their TSH,” Tonstad continued.

For this study, 548 Women and 295 men, a subset of the cohort that participated in the Adventist Health Study-2, completed six repeated 24-hour dietary recalls within a 6-month period. Soya protein and soya isoflavone intakes were estimated, and their relationships to TSH concentrations measured at the end of six months were calculated.

The AHS-2 is comprised of more than 96,000 church members aged 30 years and over, living in the U.S. and Canada, who completed a questionnaire that included lifestyle information, medical history and demographic data.

Some of the benefits of soya food consumption include the lowering of serum LDL cholesterol levels. Soya foods have also been proposed to alleviate menopausal symptoms, promote bone health, reduce cardiovascular risk and protect against cancer. Despite these beneficial attributes of soya protein and isoflavones, eating large amounts of soy is not without debate. There is concern that isoflavones may adversely affect thyroid function.

The full article, titled “The association between soya consumption and serum thyroid-stimulating hormone concentrations in the Adventist Health Study-2,” can be found in the June 2016 edition of the Journal of Public Health Nutrition:  Vol 19(8), 1464-1470. http://journals.cambridge.org/action/displayAbstract?aid=10294310