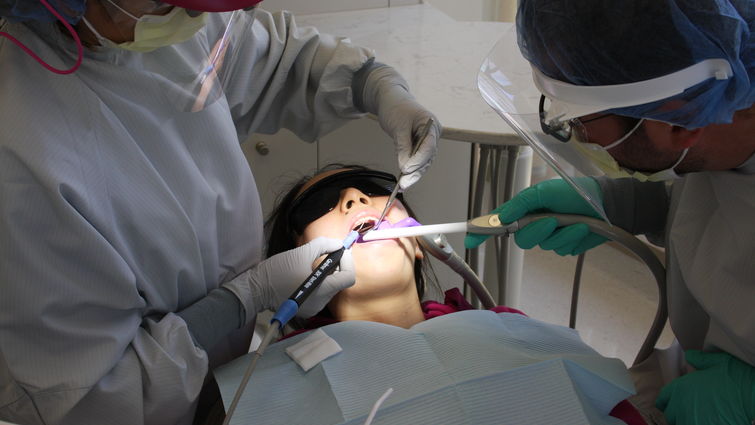 LLU dental students, professors and researchers collaborated on a study — the findings from which are significant for maximizing safety in a COVID-impacted world.

Dental researchers have found the combined use of a high-volume evacuator (HVE) with an intraoral suction device significantly reduces the amount of microbial aerosols generated during a dental cleaning procedure, according to new research.

The study, conducted by a team of professors and researchers from Loma Linda University School (LLU) of Dentistry, reported that the combination of the two devices improves patients’ and dental professionals’ safety from potentially harmful airborne microbes.

Researchers found a three-fold reduction in microbial aerosols with the simultaneous use of an HVE plus an additional suction device placed in a patient’s mouth when compared to using the HVE only.

Published in The Journal of the American Dental Association this month, “A clinical investigation of dental evacuation systems in reducing aerosols,” yields tried and true measures dental professionals can adopt to keep their team and patients safe.

These kinds of inquiries and research are critical to evaluate how dentistry currently works now, and how it could evolve in the future with the goal of improving the safety for our patients and dental professionals.Dr. Montry Suprono

The dangerous spread of the COVID-19 virus and expanding understanding about its routes of transmission, including via airborne respiratory droplets, sparked the researchers’ determination to investigate aerosol dispersion during dental procedures, says Montry S. Suprono, DDS, MSD, director of LLU Center for Dental Research and the study’s principal investigator.

“Once organizations like the WHO and CDC released reports describing the virus’s modes of transmission, we quickly understood how dentistry would be affected because a number of dental procedures generate aerosols,” he says. “So, we wanted to figure out ways to minimize the risks by decreasing the amount of aerosols that are generated during dental procedures.”

The investigation commenced with a clinical trial involving over 90 dental student participants who would enact roles like operator or patient at the LLU dental clinic. Researchers collected aerosol samples by placing blood agar plates — dishes intended to collect the aerosols — in various zones throughout the clinic, like shelves or patients’ chests, for intervals of time before, during and after the dental cleaning procedures.

Having collected the aerosols in the various agar plates that were incubated for two days, Suprono and his team measured the microbial levels of each sample.

Some of the significant results included:

Suprono also notes another critical finding: microbial levels before procedures were similar to the microbial levels after the procedures, meaning that a 30-minute time interval for air change and for the aerosols to settle down on surfaces post-procedure appears to be adequate. “We now know dental professionals should allow for aerosols to settle for some time before sanitizing the treatment area and that the risk between patients is minimal if time is allowed” he says.

Suprono says he hopes the research will inform and guide best clinical practices to enhance safety and hygiene during dental cleanings. There also remains ample opportunity to consider other types of dental procedures or equipment in evaluating aerosol generation. Understanding aerosol dynamics through computerized simulations and modeling constitutes another rapidly developing area of research as well, he says.

“These kinds of inquiries and research are critical to evaluate how dentistry currently works now, and how it could evolve in the future with the goal of improving the safety for our patients and dental professionals,” he says.

To learn more about the School of Dentistry's research endeavors, visit dentalclinics.llu.edu/center-dental-research or call 909-558-8069. 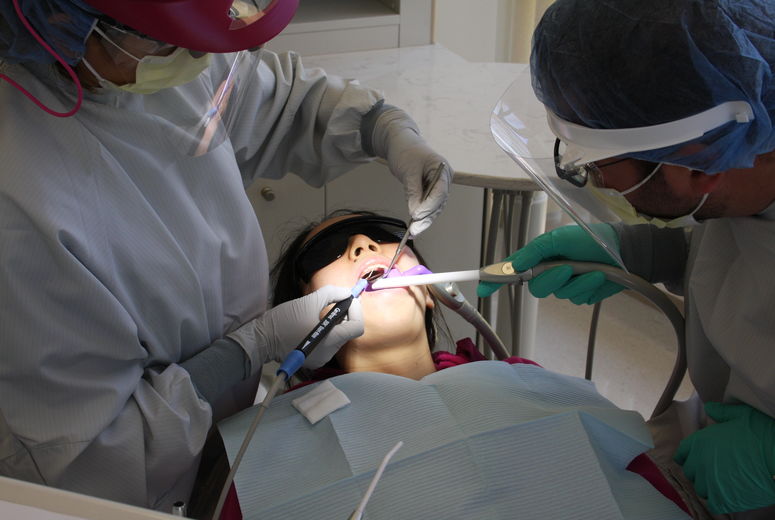 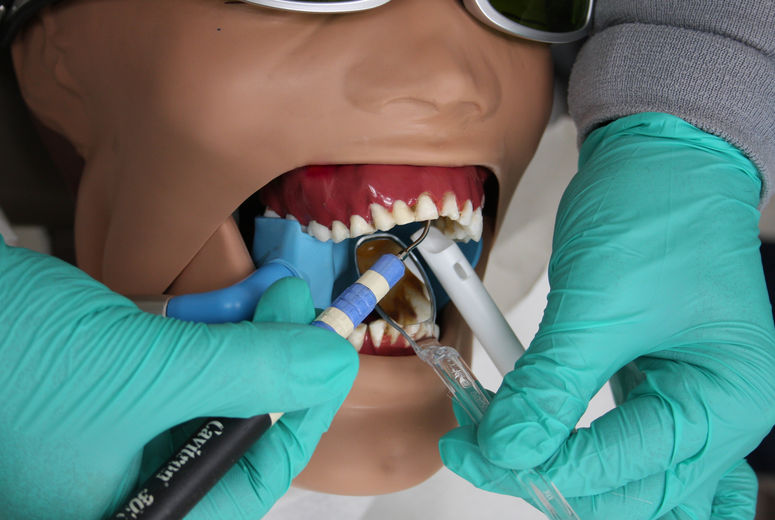 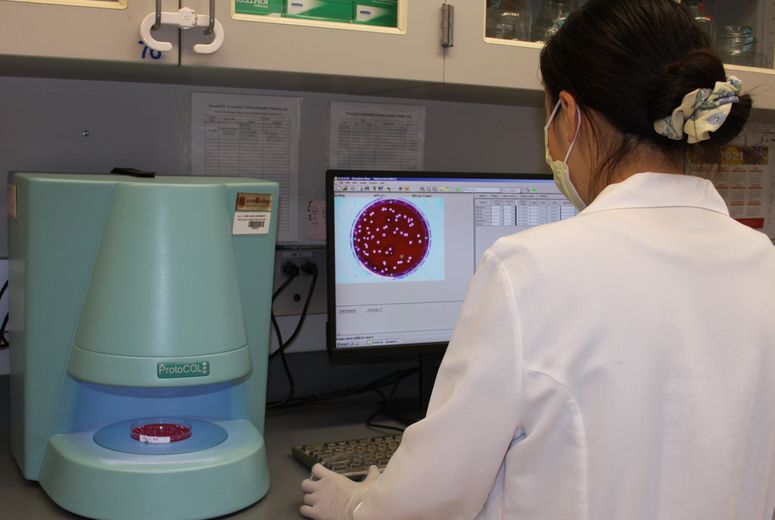