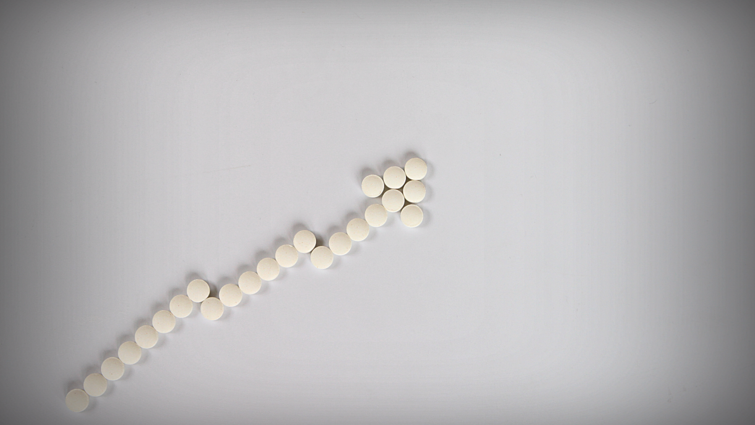 The death rate from heart disease has been dropping for the past few decades, and it will soon be overtaken by the malady that’s now the second-biggest killer in the United States: cancer.

While I’m grateful for the medical community’s cancer treatment innovations, increased prevention measures and improved screenings, make no mistake — cancer is still a huge problem in our society. It causes approximately 600,000 deaths each year, according to the National Center for Health Statistics.

We’ve seen a 25 percent reduction in the cancer death rate since 1991, but death rates from heart disease have been dropping even faster. U.S. health officials estimate that cancer will kill more people annually than anything else starting around 2020.

There are many reasons for reduced death rates of heart disease over the years. There have been enormous improvements in heart care — things like coronary artery catheterization and the inventions that go along with them such as stents and increased successful heart surgeries. There have also been some huge changes with new drugs that affect cholesterol metabolism. And of course, lifestyle changes have had a huge impact.

Cancer treatment, too, has also improved significantly — just not as fast as heart disease treatments.

Multi-modal therapy was a complete game-changer, and it started to become a typical approach to treating cancer around 20 years ago. This is a team approach of fighting a patient’s cancer with a combination of surgery, radiation therapy and chemotherapy. Cancer centers have done well at providing this type of treatment, with patients receiving advanced, coordinated care that they wouldn’t have otherwise received at isolated medical oncology practices.

Targeted therapies have also helped reduce cancer death rates. There are now more than 100 drugs focused on specific mutations that make it possible to treat some cancers that not long ago were thought to be untreatable. This approach came into the mainstream around a decade ago and targets everything from cancers of the blood, intestine and liver to lung, breast and prostate.

And just in the past few years, immunotherapy has again changed the way many advanced cancers are treated — by using the body’s own immune system to help fight cancer. An important example of this therapy targets PD-1, which cancers can use to essentially shut down the body’s immune system. These drugs block that shutdown, allowing the immune system to still fight the cancer.

Still, cancer remains a problem. While the medical community is increasingly getting better at treating it, the best thing for patients to do is live a lifestyle that helps prevent it. Yes, as I’ve said here before, hereditary factors can play a large part, too, and some families are affected by cancer more than others. But overall, a person’s lifestyle choices contribute to their health and wellbeing. Here are some of the top ways to avoid developing cancer:

Quit smoking. It actually turns out that most of the reductions in cancer deaths have occurred because we as a society have decreased our amount of smoking. Yet lung cancer is still the biggest killer in the U.S. It dwarfs all other cancers. And many researchers think tobacco is still responsible for approximately 50 percent of cancer deaths. Studies have found enormous contributions of smoking to pancreatic cancer, which is the fourth largest cancer killer.

Manage weight. There are few drugs that will reduce cancer risk as much as weight loss. This tells us that obesity is an enormous contributor to cancer. And since our society is becoming so obese, it’s likely going to be one of the biggest problems down the road. To maintain a healthy weight, eat healthy food, reduce your intake of refined sugars and other empty carbohydrates, and get regular exercise.

Get screened. There are many types of screenings for different forms of cancer. Low-dose CT that looks at the lungs, for example, can reduce lung cancer mortality by 20 percent. That’s an enormous drop. There are also highly effective screenings for so many other cancers, including common cancers such as colorectal, breast, cervical, prostate and hepatocellular carcinoma. I recommend having a conversation with your doctor about a screening plan and how to handle the results.

This problem of cancer isn’t over. It’s going to kill more people than anything else in the United States starting around 2020. I hope you’ll choose to live in a way that reduces your chances of developing cancer so you can live a life as fulfilling as possible for you, your friends and your family.