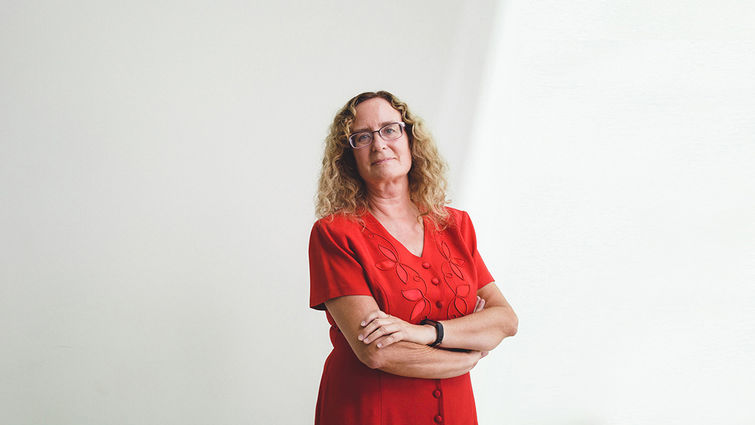 Research in the area of epigenetics is providing Loma Linda University Health investigators with insights into how lifestyle choices affect human health on the genetic level. Building on decades of understanding of how the genes in a person’s DNA contain the “code” for human development, researchers are taking advantage of improvements in technology and reduced costs of analysis to better understand how a person’s DNA uses its coded information at various stages of life.

In the future, epigeneticists may be able to offer patients highly-tailored health advice based on their DNA.

Each person inherits one set of DNA from their father and one set from their mother. The genes included in that DNA contain the code for everything about that person. And almost all of a person’s cells contain the entire genetic library, even though not all of that information is used all the time. Genes can be turned on or off at various stages of life, and the body does this naturally.

“Your body’s enzymes put a little methyl group in specific places of your DNA,” says Penelope Duerksen-Hughes, PhD, associate dean for basic sciences and translational research in the School of Medicine. “This process is called DNA Methylation. The methyl group turns off the portion of DNA to which it’s attached.”

Epigenetics research looks at ways and why this process takes place. “Epi” means above. According to Duerksen-Hughes, this research has determined that not only is what a person inherits from their parents important. Whether the gene is turned on or off at a particular time is vital as well. And life events play a key role in when one’s body switches a gene on or off.

Duerksen-Hughes points to the Dutch Hunger Winter as an example of how life circumstances can impact health on a genetic level. The Nazis had established a blockade in an area of the Netherlands during the winter of 1944-45, causing tremendous food shortages in the region. Despite the hardships, many babies were born there. Years later, those grown babies were compared to babies born at the same time elsewhere.

“Researchers saw differences between the two sets of babies,” Duerksen-Hughes says. When a mother was food-deprived, that sent signals to her fetus that changed the on and off sequences in that child’s genes. Children born during the Dutch Hunger Winter had lower birth weights, and then grew up with more metabolic syndrome and heart disease.

Current research at Loma Linda University Health continues the search for how these epigenetic processes regulate an individual’s health. Much of this research focuses on the population cohort that has been studied in the Adventist Health Studies.

Epigeneticists at Loma Linda University Health have followed subjects from Adventist Health Study – 1 for 40 years, and they know from an epidemiological perspective that they live longer than the general population. “What we want to know is: what is the ‘big black box’ that connects, for example, the fact that you eat more walnuts to develop less heart disease?” Duerksen-Hughes says.

By acquiring blood samples, isolating DNA, and determining where methyl groups are located on the DNA, researchers hope to fill in the blanks between epidemiological observations and how those results occur in a person’s body at the molecular level. Loma Linda University Health researchers currently have some 3,000 blood samples from that group, which is a small pool to study.

“We have methylation profiles on 192 samples, and have an additional 100 in process using a different technology,” Duerksen-Hughes said. Researchers know that epigenetic patterning changes with age, so those patterns can be used as a surrogate for a person’s biological age.

Data developed from the Adventist Health Study (AHS) group shows there is a dietary component that can contribute to changing a person’s epigenetic patterns.

Part of the research involves identifying the relevant sites out of 450,000 tested that show differences between dietary groups. And once those sites are identified, what kinds of biological pathways are they connected to? According to Duerksen-Hughes, there are challenges to be overcome.

“Because we are looking for relatively modest changes, we could use better tools,” she says. “We need to find better ways to be certain that the modest changes we see aren’t just due to chance.” Duerksen-Hughes said Adventist Health Study principal investigator Gary Fraser, MBChB, PhD, is working to create better research tools for this effort.

Duerksen-Hughes is also interested in how psychological and social factors influence genes.

“There is a second molecular clock on your chromosomes, called telomeres,” Duerksen-Hughes said. Telomeres are essentially caps at the tips of your chromosomes that protect chromosomes from damage — similar to the plastic tips on the end of shoelaces.

As a person ages, the telomeres get shorter, Duerksen-Hughes says. And, again, participants in the original Adventist Health Study are providing some insights into how telomeres can be affected in ways that don’t involve what a person eats. In the first health study, participants answered questions concerning the parenting styles in their childhood homes.

Subjects who reported their mother’s approach was warm and welcoming instead of cold and distant had longer telomeres. Also, if their father was never around, they had shorter telomeres.

“What we’re talking about is resilience,” Duerksen-Hughes says. “Take the situation of someone with bad DNA. They might be destined to be obese, or develop diabetes, but don’t. Are there things about the diet, psychosocial environment, or belief in God that result in that particular genetic time bomb not going off? And eventually, can we start to find common things people can do that keep those time bombs from going off?”

One area where technology improvements are aiding this research is the reduced cost of conducting a computer analysis of a single individual’s genome.

“The price of a single genome has gone from $1 billion to $1,000, and soon it may be as low as $100,” Duerksen-Hughes says. “We never could have afforded this type of research in the past.”

Because of the more affordable cost of research, plans are being made to collect and analyze more blood samples from the original Adventist Health Study – 2 cohort. Grant support is being sought that would allow for the collection and sequencing of at least 10,000 additional samples. Already, the purchase of a $1.1-million gene sequencer was made possible by the generosity of the Ardmore Institute of Health and by Charles A. Sims, MD, a graduate of the School of Medicine’s class of 1960.

Once the samples are sequenced, the difficult work of interpreting the data begins. “Computers can do the early stages of analysis,” Duerksen-Hughes says. “But ultimately it takes a human being to look at the list and determine which locations might be connected to, for example, neural signaling or inflammation, and then to find ways to further test and validate that connection.”

Duerksen-Hughes says Loma Linda University Health researchers want to be able to explain scientifically why the Adventist Health Study results are what they are. “If we can do that, we strengthen our messages and our advice. The epidemiology says this whole package of being a plant-eating person is better, but it doesn’t tell you which plants are better, or how much of which plants, or how the various nutrients do what they do.”

They also want to tease out the impact of the non-diet part of the Adventist lifestyle on healthy longevity.

“If we can determine what provides individuals a protective advantage, we may be able to look at your genetic profile and make suggestions regarding your diet or lifestyle that will be protective,” Duerksen-Hughes says. “Though we’re years away from this, if we can get to the point that we can tailor our advice to your specific DNA, you might take that advice more seriously.”