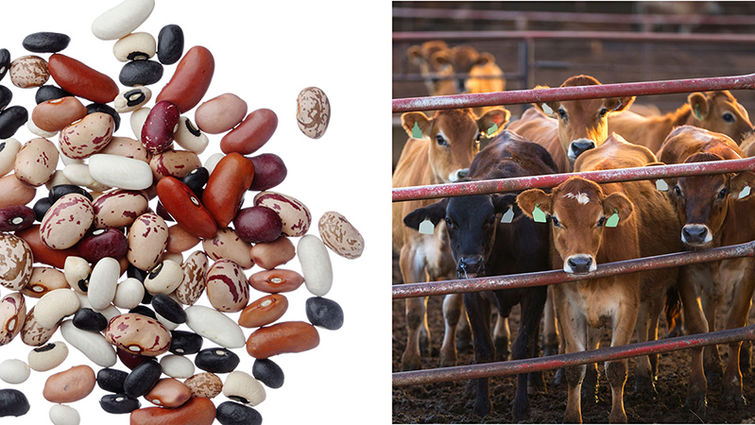 A team of researchers from four American universities says the key to reducing harmful greenhouse gases (GHG) in the short term is more likely to be found on the dinner plate than at the gas pump.

The team, headed by Loma Linda University researcher Helen Harwatt, PhD, suggests that one simple change in American eating habits would have a large impact on the environment: if Americans would eat beans instead of beef, the United States would immediately realize approximately 50 to 75 percent of its GHG reduction targets for the year 2020.

The researchers — who hail from Loma Linda University School of Public Health, Oregon State University Department of Forest Ecosystems and Society, Bard College Physics Program, and the Harvard Radcliffe Institute for Advanced Study — explained that beef cattle are the most GHG-intensive food to produce, and that the production of legumes (beans, peas, etc.) results in one-fortieth the amount of GHGs as beef.

“Given the novelty, we would expect that the study will be useful in demonstrating just how much of an impact changes in food production can make, and increase the utility of such options in climate-change policy,” Harwatt said.

In a 10-page paper released on May 12, Harwatt and her colleagues noted that dietary alteration for climate change mitigation is currently a hot topic among policymakers, academics and members of society at large. The paper, titled “Substituting beans for beef as a contribution towards U.S. climate change targets,” can be found online at: http://bit.ly/2pSQWOm

Sabate, who serves as executive director of the Center for Nutrition, Healthy Lifestyle and Disease Prevention at Loma Linda University School of Public Health, said the findings are substantial.

“The nation could achieve more than half of its GHG reduction goals without imposing any new standards on automobiles or manufacturing,” Sabate said.

Two recent studies, the first conducted by global think tank Chatham House and the second by the British government, suggest the public is open to making the switch.

The Chatham House study surveyed more than 12,000 people in 12 different countries, including the United States, and found that among those aware of the climate impact of meat consumption, 44 percent were likely to reduce their intake of meat, and 15 percent said they had already done so. The British government found even greater support for the idea. Of 3,000 participants surveyed, more than 85 percent said they either will change, or will seriously consider changing, their eating habits to improve the health of the planet. Another 53 percent said they were willing to give up red meat.

Harwatt is convinced a shift from animal to plant-based foods will become necessary as population growth increasingly puts pressure on already-strained resources. The United Nations’ Department of Economic and Social Affairs predicts the world’s population will swell to between 9 and 11 billion people by 2100.

The study, which was conducted while Harwatt was an environmental nutrition research fellow at Loma Linda University, also found that beef production is an inefficient use of agricultural land. Substituting beans for beef would free up 42 percent of U.S. cropland currently under cultivation — a total of 1.65 million square kilometers or more than 400 million square acres, which is approximately 1.6 times the size of the state of California.

A native of Great Britain who works with non-governmental organizations on sustainable food and planetary health issues, Harwatt says a 2006 report from the Food and Agriculture Organization of the United Nations on the environmental impacts of livestock heightened her interest in the topic.

“As an environmental social scientist looking for solutions to our major environmental problems, the idea of changing our diets as a pro-environmental behavior really appealed to me,” she said.

Harwatt applauds the fact that more than a third of American consumers are currently purchasing meat analogs: plant-based products that resemble animal foods in taste and texture. She says the trend suggests that animal-sourced meat is no longer a necessity.

“Given the scale of greenhouse gas reductions needed to avoid the worst impacts of climate change, are we prepared to eat beef analogs that look and taste like beef, but have a much lower climate impact?” she asks. “It looks like we’ll need to do this. The scale of the reductions in greenhouse gas emissions needed doesn’t allow us the luxury of ‘business as usual’ eating patterns.” 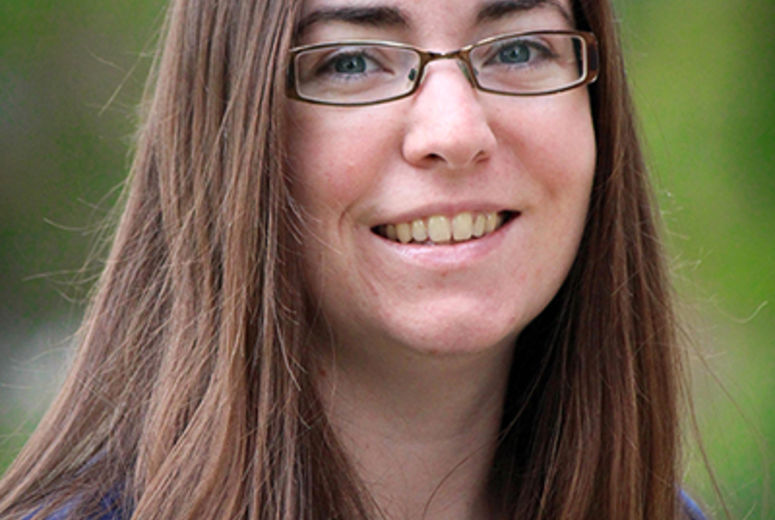 Helen Harwatt, PhD, led a team of researchers that found that eating beans instead of beef would make a substantial contribution to climate-change targets.