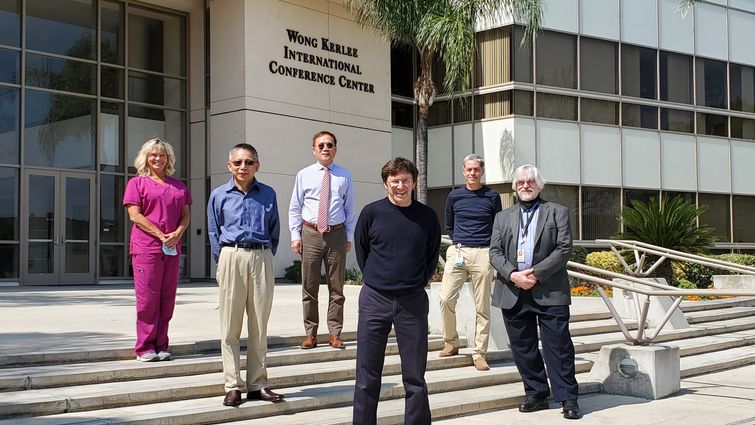 The National Heart, Lung and Blood Institute awarded $3.05 million to researchers from the Lawrence D. Longo, MD Center for Perinatal Biology at Loma Linda University School of Medicine, allowing investigators to add a new element to their study portfolio of exploring the effects of oxygen deprivation — or hypoxia — on mother and baby during pregnancy.

Investigators will use the four-year grant toward the center’s research project, titled "Gestational Hypoxia and Programming of Maternal, Fetal and Newborn Vascular Function.” Starting in July 2020, researchers will use the funds to search for mechanisms causing pregnancy complications of preeclampsia and developmental programming of cardiovascular disease from gestational hypoxia.

Hypoxia during gestation has profound adverse effects on the mother’s health and fetal development. Hypoxia is one of the most frequent and severe stresses on an organism's body regulation of metabolism, temperature, fluid composition, blood sugar, blood flow and blood pressure. Worldwide, more than 140 million people live at risk of hypoxia in high altitude environments. In addition, a large portion of pregnancy complications, including preeclampsia, smoking and placental insufficiency, expose the fetus to chronic hypoxia.

The study’s principal investigator, Lubo Zhang, PhD, director of the Lawrence D. Longo Center for Perinatal Biology, said he and his team look forward to making additional strides toward meaningful discoveries that could be life-saving for families.

“We are pleased and honored to receive this grant because the research it supports can change the lives of mothers and babies,” Zhang said. “The team’s overall vision is to build on the center’s prior accomplishments to formulate a highly innovative program for advancing and transforming the research field in the understanding maternal, fetal and newborn vascular function in response to hypoxia during gestation.”

In addition to this new research project, the investigator team headed by Zhang is currently conducting four studies on the effects of hypoxia. Those studies are funded by a Program Project grant from the National Institutes of Health (NIH). In 2016, the Eunice Kennedy Shriver National Institute of Child Health and Human Development, an NIH entity, awarded the center a $6.29 million grant to work on discoveries revealing oxygen deprivation’s effects on uterine blood flow, fetal cerebral circulation, and the impact of hypoxia on fat cell and metabolism.

The five-year NIH grant will expire in March of 2021. With this looming expiration, the research team is looking forward to continue exploring the topic for another four years.

The new grant was secured with help from Congressman Pete Aguilar, U.S. representative for the congressional district.

“Loma Linda University Health is a point of pride for our region, and the lifesaving research of Dr. Zhang and his team is exciting and inspiring,” Aguilar said. “As Vice Chair of the House Appropriations Committee, and LLUH’s representative in Congress, I’m proud to support their work and will continue to advocate for the funding that makes these groundbreaking studies possible.”