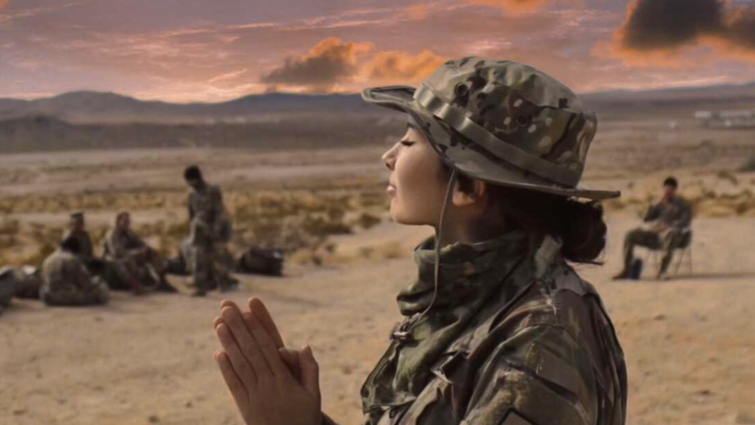 Catherine Iannucci had just completed the ninth pushup of an Army Physical Fitness Test in 2019 when her surroundings slid into darkness and she lost consciousness.

This feeling was nothing new for the then 20-year-old Iannucci, who said she’d experienced fainting spells, nausea, memory lapses, tunnel vision, and other distressing symptoms for several months already following a head injury. Unfortunately, the symptoms persisted and worsened for two years, damaging her physical and mental health and thwarting her performance in Army duties.

Five months later, Iannucci has completed her Army service and follows a treatment plan, hopeful about regaining her quality of life.

In a single day, she put together the pieces that three primary care providers, a neurologist, a traumatic brain injury doctor, and two cardiologists could not connect in 29 months.Catherine Iannucci

The diagnosis is bittersweet, says Iannucci, who must now come to terms with the reality of living with a chronic cardiovascular illness. Yet, at the same time, she is grateful and relieved to receive Parwani’s correct diagnosis and appropriate treatment.

Iannucci first lost consciousness when a 200-pound steel pole fell on her head as she and her platoon peers stationed in South Korea packed items before Typhoon Lingling struck camp. After that traumatic brain injury, Iannucci experienced fainting episodes with change in body positions, extreme migraines, and many other symptoms. 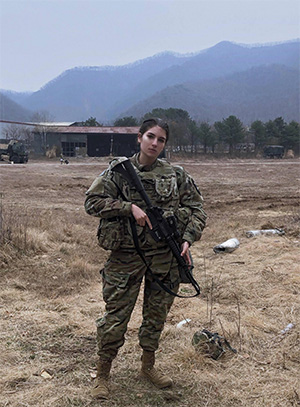 She was required to return to campus and its routines, including early wakeup calls and daily physical training. However, in spite of Iannucci’s disabling symptoms, primary care providers could only issue her temporary exemptions from physical drills because of uncertainty about the cause of those symptoms.

“I had to keep doing what everyone else was doing, and meanwhile, my health was deteriorating, and my symptoms were getting worse,” she recalls.

Six months post-traumatic brain injury, Iannucci moved to Fort Erwin, California, where she trained for weeks at a time amid the desert's extreme cold and extreme heat. Meanwhile, she noticed a new series of symptoms seep in: chest pain, heart palpitations, and bi-weekly fainting spells.

An additional eight months elapsed. Iannucci continued to endure debilitating symptoms and mustered quavering hope for some solution, she said. Eventually, a cardiologist advised Iannucci to seek out a tilt-table test designed to evaluate the cause of fainting by creating changes in posture from lying to standing.

Though POTS still affects every part of my life, I’ve found ways to make it meaningful, and my mental health has improved drastically.Catherine Iannucci

“Dr. Parwani listened, and she believed me, every word," Iannucci says — a relief after two years of inaccuracy and dismissal. “In a single day, she put together the pieces that three primary care providers, a neurologist, a traumatic brain injury doctor, and two cardiologists could not connect in 29 months. Maybe it was an everyday moment for her, but it was a monumental moment for me to be properly diagnosed.”

POTS is a blood circulatory disorder typically characterized by an increase in heart rate of 30 or more beats per minute in adults during positional changes from sitting to standing. Finally, Iannucci could target the root cause of her palpitations, chronic fatigue, exercise intolerance, and other struggles. 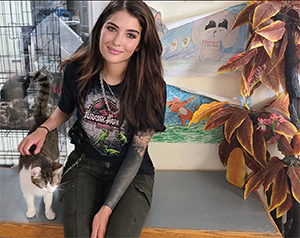 “I am so much stronger and healthier for it today,” she says. “Though POTS still affects every part of my life, I’ve found ways to make it meaningful, and my mental health has improved drastically.”

With the new medical regimen and lifestyle changes, Iannucci says her fainting episodes are less frequent, migraines less painful, and nausea and abdominal pain are gone. The veteran has since moved back home to Florida, where she manages a store and paints American traditional style imagery.

“I have realized that my strength isn’t measured by how fast I could run, how much weight I can lift, or how hard I can hit," Iannucci says. “It’s about how much I can get up and continue to push forward no matter how many times I’ve wanted to throw in the towel.”

Parwani advises getting checked as soon as possible if something doesn’t feel right regarding your heart. At Loma Linda University International Heart Institute, physicians are committed to providing patients with compassionate, comprehensive, and personalized cardiovascular care. To learn more, please visit https://lluh.org/heart-vascular or call 1-800-468-5432 to book an appointment.