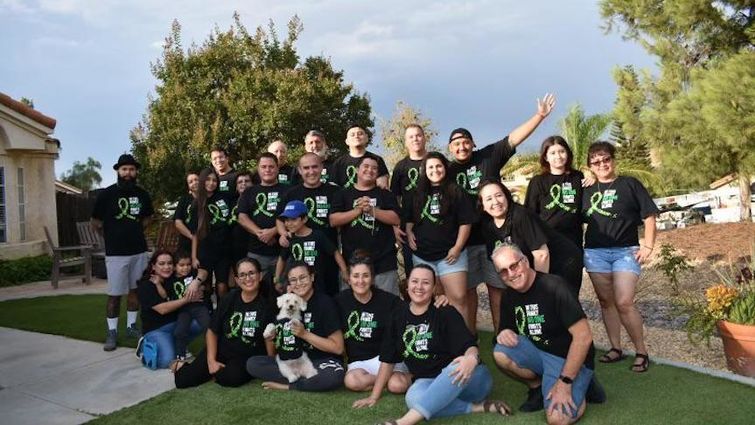 Coyt family and friends sport matching shirts that say, "In this family no one fights alone."

Loma Linda University Health’s transplant team last month broke its own record with a marathon of eight transplants completed in 72 hours. The marathon, coincidentally, also marked two significant milestones for the team: 1,000 living donor transplants and 4,000 total kidney transplants. Transplant surgeon Charles Bratton, MD, says the dedication and sense of purpose from the transplant team have allowed them to successfully transform thousands of lives, including the Coyt family.

“People say they want materialistic things, but in dire times all they really want is more time with their loved ones. That’s why I became a transplant surgeon, to give them more time,” Bratton says.

The monumental, passionate team made it possible for 28-year-old Kimberly Coyt to beat genetic kidney disease with a transplant. In the 1990s, her mother, Alejandra, stood by Kimberly’s father’s side as he beat kidney disease. Years later, Alejandra recognized similar symptoms in Kimberly’s 21-year-old brother, Oscar. He almost immediately went on emergency dialysis and was told he needed a new kidney.

“Right away, I said, ‘I’ll give him my kidney. Take it; he needs it,’” Kimberly said. “Then doctors told me it could be genetic, and I need to be tested too.”

About two weeks after Oscar began dialysis, Kimberly was also diagnosed with kidney disease at 24 years old. With the help of Kimberly’s large and caring family, everyone began testing to be the match and living donor for Kimberly and Oscar. One year later, Alejandra successfully donated a kidney to Oscar.

“My birthday wishes used to be ‘I wish Oscar gets a kidney.” When he got one, I finally started wishing for myself,” Kimberly said.

Through trial and error, Kimberly was on peritoneal dialysis for two years and eight months, and her family continued looking for Kimberly’s match. In 2022, four years after diagnosis, they found a match in Kimberly’s uncle.

“At first, dialysis was just an inconvenience because I didn’t start feeling sick until about halfway through. But the longer it took to find a match, I didn’t feel hopeless. I just wanted to know when it was going to end,” Kimberly said.

On August 1, Kimberly successfully received her uncle’s kidney. Still taking it easy and recovering, she is excited to explore life again after pausing her usual activities for nearly three years.

Through her treatment, Kimberly graduated from Cal State San Bernardino with a bachelor’s degree in psychology in 2020. After her experience in the hospital, she thinks about shifting gears and finding work in the hospital or medical field.

“My family and boyfriend were the greatest support system,” Kimberly said. “I feel bad that my brother and I were both sick, but I’m grateful neither of us went through it alone.”

Our Transplant Institute is the only comprehensive multi-organ transplant center in the region. Learn more about the Living Kidney Donor Program at Loma Linda University Health. 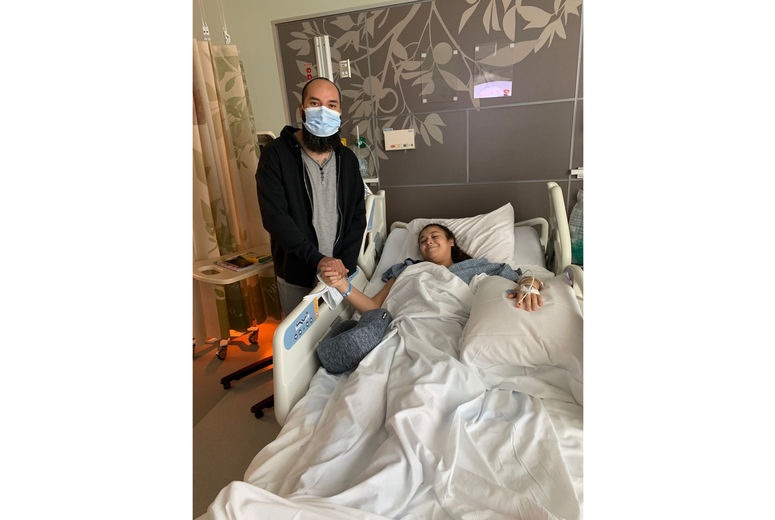 Kimberly Coyt with her uncle and kidney donor, Carlos Gomez 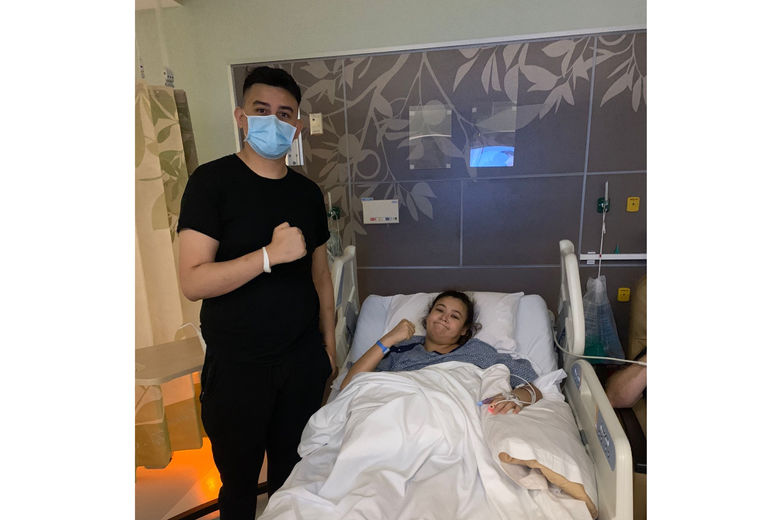 Kimberly with her brother Oscar Coyt