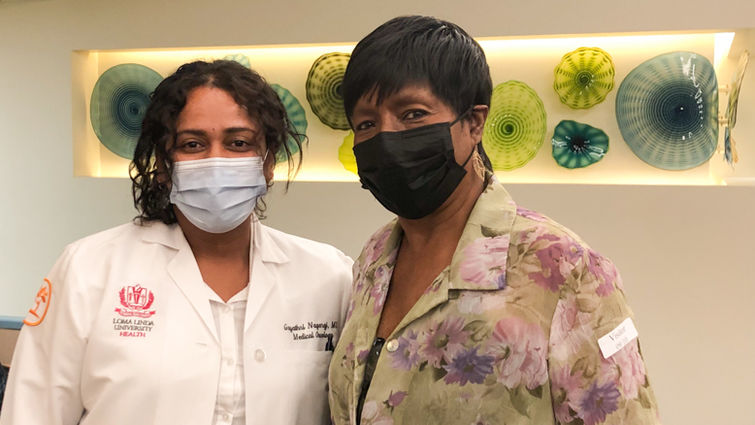 Katie Smith had been diagnosed with breast cancer twice before, but the third time, in 2013, was different. The cancer had spread beyond the breast and nearby lymph nodes to other parts of her body, placing her at a stage IV diagnosis.

“I remember thinking, ‘Okay, so we all know where this is going because it’s stage IV,’” said the now 73-year-old retired English and reading teacher.

Smith’s point of view has since drastically changed. Today, the Moreno Valley, California, resident says she no longer feels her cancer has to “be terminal or be terminal soon.” She has worked closely with Gayathri Nagaraj, MD, a breast cancer specialist at Loma Linda University Cancer Center, over the past two years for treatment. Smith is currently recovering from a surgery designed to remove cancer from her body altogether.

“I have developed a lot of optimism because of Dr. Nagaraj’s frankness, honesty, and willingness to be open about everything that was going on,” Smith says.

“That strong physician-patient bond plays an integral role in ensuring the best treatment experience for a patient, Nagaraj says. Smith's sharp wit, ability to communicate her needs, and receptiveness to her care team’s suggestions are all qualities that bolstered trust and partnership throughout the treatment process,” Nagaraj adds.

“A lot of us become physicians for the joy and purpose of interacting with our patients in this very way,” she says. "It is important to establish that lasting relationship because it's a long journey." 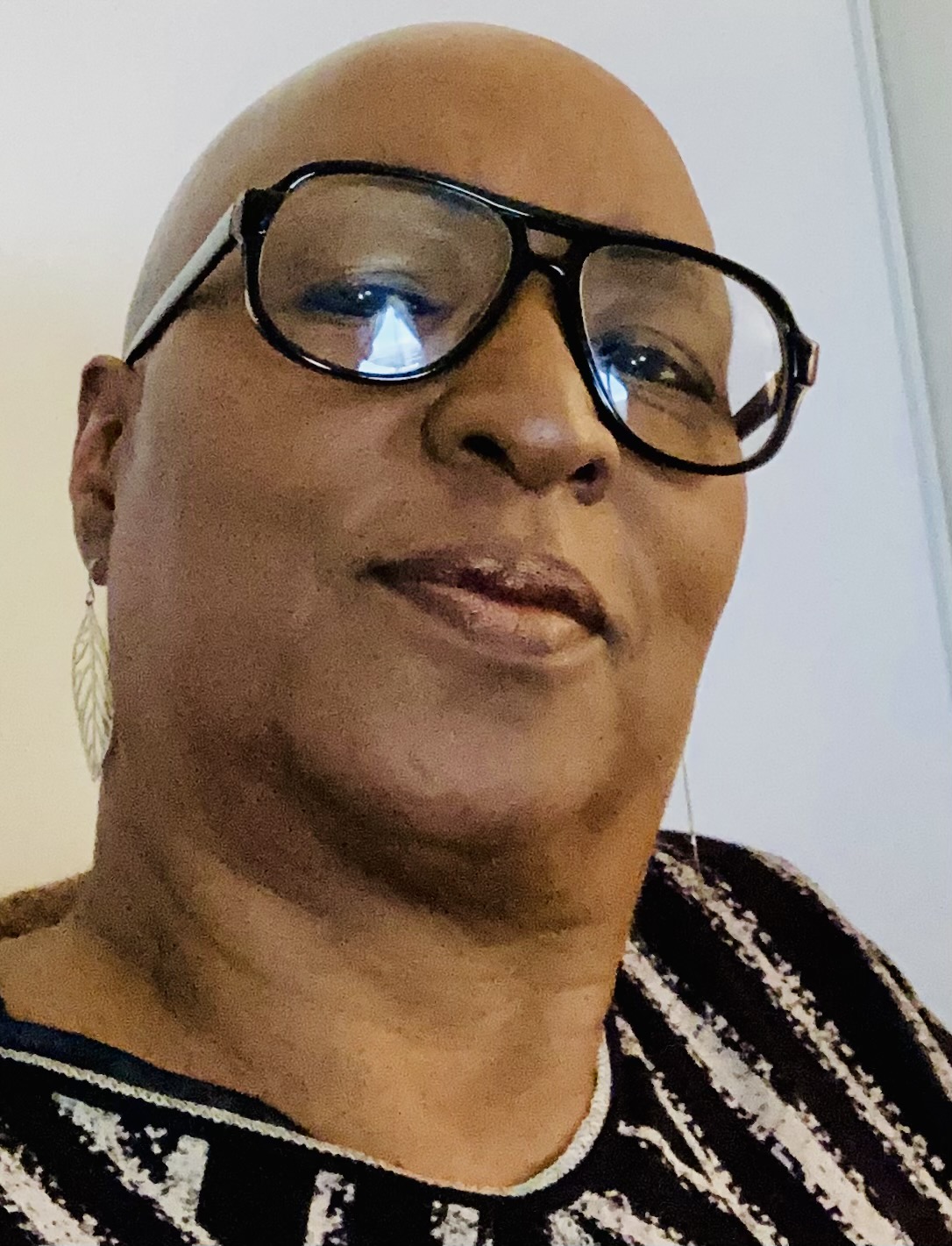 Indeed, Smith received her first diagnosis of breast cancer over three decades ago. She had recently relocated from her native state of Michigan to California with her 12-year-old daughter when she noticed a newfound difficulty completing her frequent outdoor runs.

The incident brought Smith to her primary care doctor, who also opted to perform a breast exam during that visit and discovered a lump in her right breast. Though the lump was malignant, Smith says this was fortunately still a case of early detection. Her ensuing treatment consisted of surgery to remove the lump, radiation, and chemotherapy for six months. Then, after five years of following a hormonal regimen therapy, Smith experienced 17 years of remission.

“I thought I was done,” Smith says.

Yet having lost two close friends in Michigan to breast cancer, Smith diligently performed self-examinations for breast cancer. Eventually she detected another lump in her right breast, which was confirmed as another early-stage breast cancer. Smith pursued a mastectomy and reconstruction.

I am passing my experience along to other women who may not be thinking that they can be the one who ends up getting breast cancer.Katie Smith

In 2013, Smith was enjoying spending time with her four-year-old grandson when she noticed tiny knots, or nodules, that felt like rocks spanning from her right shoulder to across her chest. Testing confirmed the lumps were cancerous, placing Smith at a diagnosis of stage IV. The cancer had spread in her left breast, neck, and groin area. For the next eight years, Smith switched between cancer medications that worked for a while before becoming ineffective.

Smith eventually decided to seek care at LLU Cancer Center for additional relief. Nagaraj became her primary oncologist, and Smith immediately began seeing a difference. "To me, that was the saving grace,” Smith says. "Rather than lumping me in with every other story she’d heard before, Dr. Nagaraj got to know me as an individual. She has been open to talking and listening to me, hearing what I have to say, and offering her best solutions for my specific circumstances.”

With Nagaraj’s guidance, Smith started a chemotherapy and targeted anti-cancer therapy. Subsequent body scans showed no indication of the cancer’s growth, and in some areas, the cancer was even disappearing — until the only cancerous spot left seemed to be in her left breast. A month ago, Smith underwent surgery to remove the remaining cancer in her body and says she is optimistic as she recovers at home. 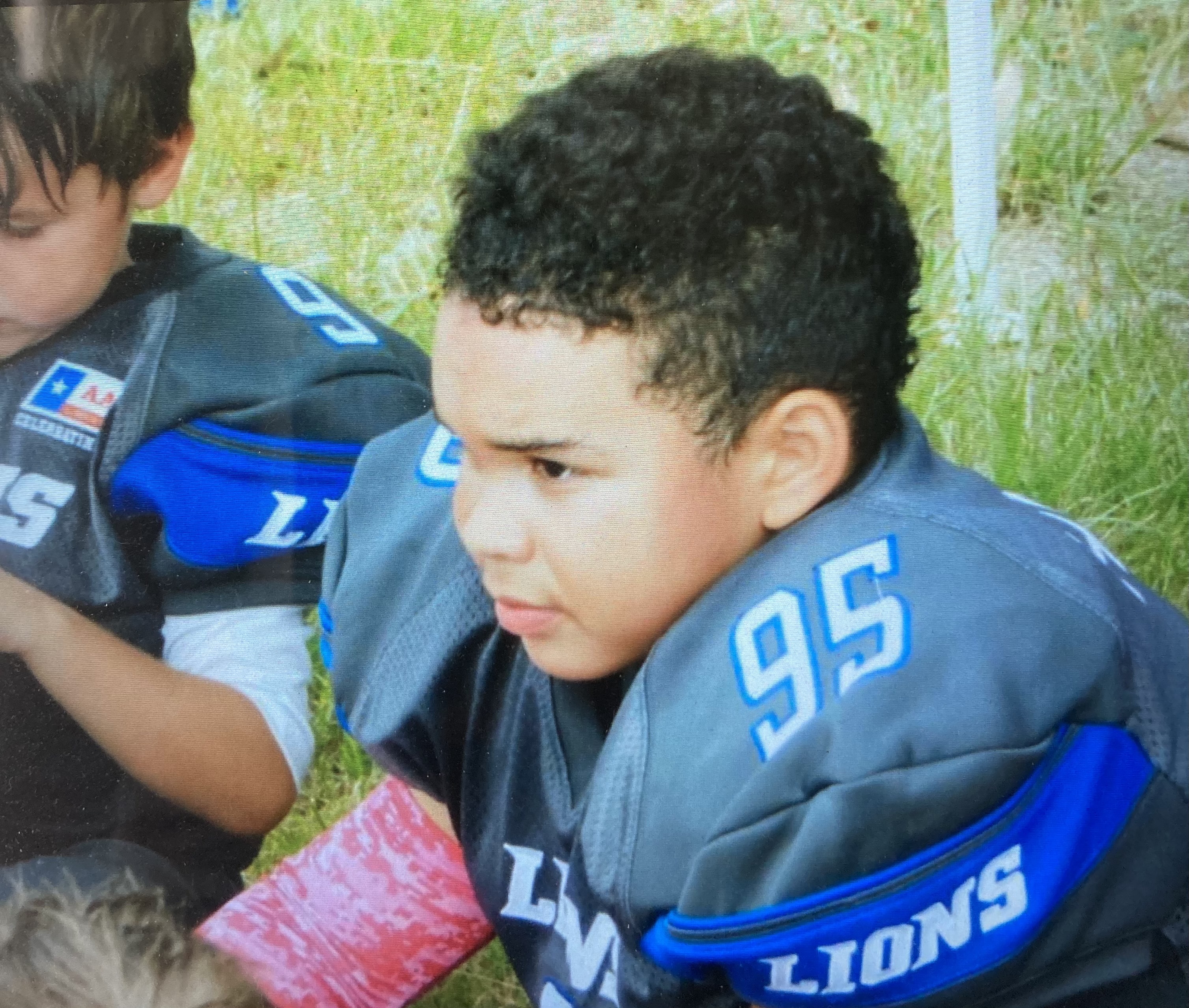 Smith currently enjoys her now 12-year-old and 5-year-old grandsons and avidly watches her nieces, nephews and cousins compete in sports. In addition, she volunteers at her church in the finance department. For several years before the pandemic, Smith was also actively involved in an outreach program through her church sharing her breast cancer experiences with other African American and Hispanic women to reduce stigma and increase awareness.

“I am passing my experience along to other women who may not be thinking that they can be the one who ends up getting breast cancer,” Smith says. “They can become aware of their situations and start to do self-checks and get their mammographs. The early diagnosis is what saves women the most.”

At Loma Linda University Cancer Center, physicians are committed to providing patients with compassionate, comprehensive and personalized care that gives them the best opportunity to face and overcome cancer. To learn more about breast cancer care at the Cancer Center, please visit https://lluh.org/cancer-center/cancer-programs/breast-cancer-care or call 800-782-2623.