Violeta Andrade, who navigated blood cancer while pregnant with twins, is joined by her boyfriend, Marco Benitez, to hold their newborn babies in the neonatal intensive care unit of LLU Children's Hospital.

Violeta Andrade discovered within the span of a week that she was pregnant with twins and also had a form of blood cancer called chronic myelogenous leukemia (CML). Care team personnel at Loma Linda University Cancer Center and Children's Hospital worked with Andrade to battle CML during pregnancy — a collaboration enabling the birth of two healthy baby girls on January 20.

Mojtaba Akhtari, MD, is a hematologist-oncologist at the Cancer Center who guided the 25-year-old Coachella resident throughout her experience, from cancer diagnosis to present. He said Andrade’s high count of blood platelets, which are agents responsible for making blood thicker and more prone to clotting, placed her at high risk for complications from pregnancy.

CML patients tend to have too many platelets, raising the chances of blood clot formation that can obstruct blood flow in tiny blood vessels surrounding the heart, brain, eyes — and for pregnant women, the placenta. In addition to the risks of heart failure, stroke, and blindness that Andrade faced, blood clots in the placenta could endanger her babies, Akhtari said.

At first, it was shock after shock after shock. Now I feel double-blessed because my twin babies are in my life, and if I wasn’t pregnant, I might’ve never found out I had leukemia.Violeta Andrade

Apart from the risks from CML, pregnancy alone raises chances of blood clotting, said Ciprian Gheorghe, MD, PhD, an OB-GYN and maternal-fetal medicine specialist. He said Andrade’s babies were monochorionic, diamniotic twins — meaning both babies shared a single placenta — which, again, could lead to worse complications such as twin transfusion syndrome, or an imbalance in the blood exchange between the twins.

Yet Andrade said she remained firmly set on following through with her pregnancy. “I knew I wanted to have my babies no matter what happened,” she said. “I told my care team and they were a great support, helping me a lot through the pregnancy and the leukemia.”

Akhtari and Gheorghe coordinated to monitor Andrade throughout her treatment, which consisted of baby aspirin to inhibit platelets from sticking to each other and creating blood clots, combined with a weekly injection called Interferon Alfa-2A to regulate the white blood cell count in her bone marrow. By remote, virtual means in the midst of the COVID-19 outbreak, Akhtari taught Andrade to self-administer the shots.

We all worked together, and that’s why we now have two healthy babies, a happy mother, and a happy ending.Dr. Mojtaba Akhtari

“The priority with this treatment was to slow down her bone marrow so she could have some control over her disease and get through a safe pregnancy,” Akhtari said.

Andrade said she was completely unsuspecting of her conditions until receiving the actual diagnosis. Working daily, full-time shifts as a cashier at a restaurant left her little time to contemplate whether fatigue originated from a busy schedule or a combination of serious, underlying health concerns.

It was her mother who noticed in June 2020 that Andrade looked pale and had been losing weight. “She told me, ‘You need to go to the doctor because you’re either going to be pregnant or you’re going to be sick,’” Andrade recalled. “Turns out I was both.” 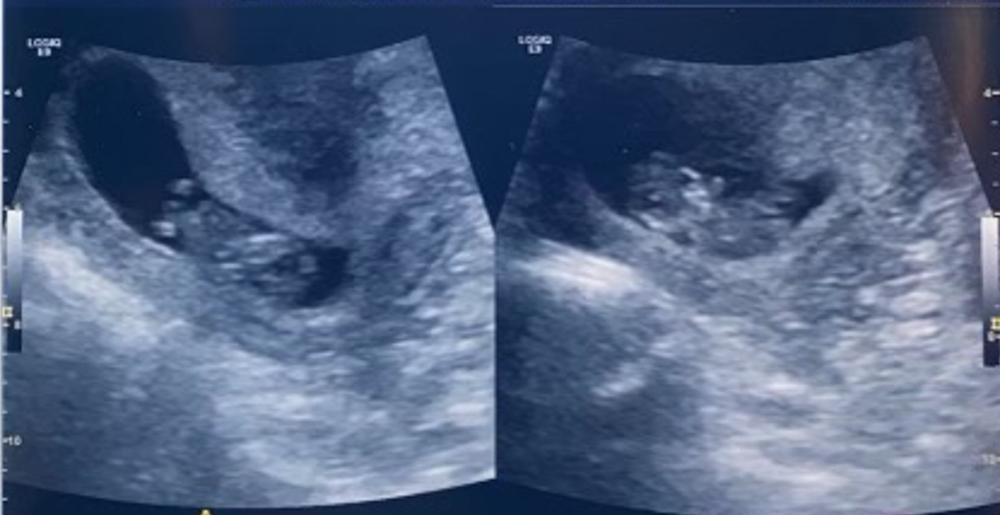 Not only was she blindsided by the news that she was pregnant, but she was also surprised to hear of twins, she said. Results from the bloodwork ordered upon her pregnancy diagnosis showed abnormally high counts of white blood cells and platelets — signs that Andrade would discover days later are indicative of CML.

“I’m not used to giving someone a cancer diagnosis on their first prenatal visit,” said Gheorghe, who broke the news to Andrade about her leukemia. “They’re there because they’re going to have a baby. Suddenly, it’s a very big shift in what they’re worried about.”

“At first, it was shock after shock after shock,” Andrade said. “Now I feel double-blessed because my twin babies are in my life, and if I wasn’t pregnant, I might’ve never found out I had leukemia.”

Thirty-four weeks and five days into her pregnancy, Andrade awoke to intense contractions and later that day delivered two baby girls — Allison and Aubrey — at LLU Medical Center. Because they were born prematurely, the babies weighing three and four pounds stayed at the neonatal intensive care unit for a month to help regulate feeding and their weight, Gheorghe said.

“This involved a multidisciplinary team effort between oncology and OB-GYN specialists guiding a patient through a high-risk pregnancy and providing personalized, whole person care,” Akhtari said. “We all worked together, and that’s why we now have two healthy babies, a happy mother, and a happy ending.” 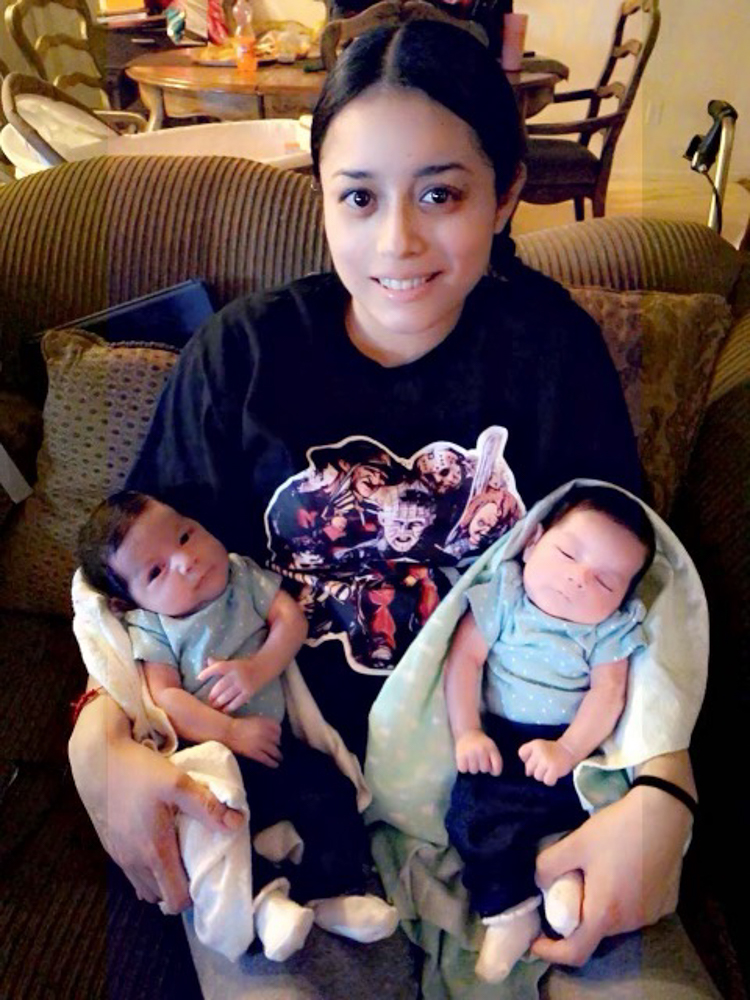 With Aubrey and Allison now home, Andrade is recovering and taking a break from work to embrace the new routine of a full-time mom. She has since worked with Akhtari to alter her treatment for CML by taking tyrosine kinase inhibitors (TKIs), which were contraindicated during pregnancy but are now safe to take.

Grateful for the support of Akhtari, Gheorge and other LLU care personnel, as well as loved ones, including her siblings, mother and boyfriend, Andrade said “without them, I wouldn’t have been able to come this far.”

Loma Linda University Cancer Center offers patients comprehensive care that gives them the best opportunity to beat cancer. To learn more about all of the resources offered to cancer patients at the center, visit its website.

Violeta with her mother, sister, and brother