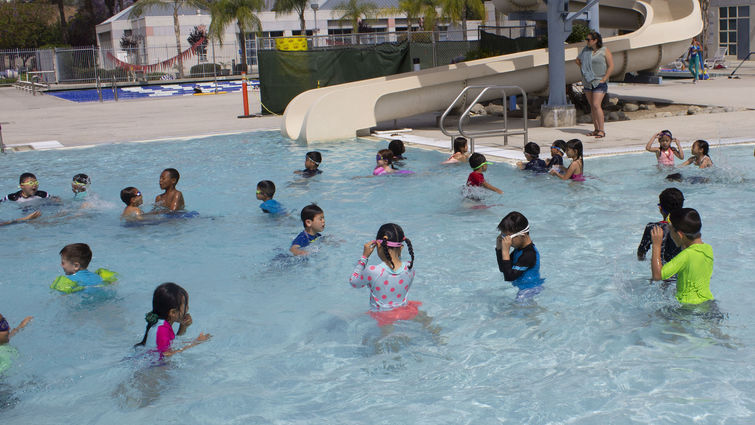 With summer break in full swing and temperatures on the rise, kids will be headed to the beach, swimming in pools, and inevitably around water to keep cool and have fun. But that fun can lead to tragedy if proper water safety is not prevalent.

At least 15 young lives were lost in 2017 due to drowning incidents in the Inland Empire, according to Safe Kids.

Drowning is the leading cause of death among children ages 1 to 4, which is why the A-B-C’s of water safety are vital:

“Supervision is key,” says Parker. Don’t assume someone else is watching kids at the pool. Make sure there is always a designated responsible adult to watch children around the pool or spa.

Keep security measures in place that separate the pool from the kids. Some options are a 60-inch tall, non-climbable fence around the pool with a self-closing gate, a power-operated pool cover, and/or install alarms on back doors and windows that will sound when they have been opened.

Parents and care givers should take a CPR and rescue techniques class. If a child does become submerged in water, “minutes count,” according to Shamel Abd-Allah, MD, chief of pediatric critical care at LLUCH.

When a child is submerged in water, the brain is depleted of oxygen, and if under long enough, the heart can also stop, halting blood flow to the brain. “The quicker CPR is started, the better the outcome,” Abd-Allah says.

The American Red Cross offers CPR and other first aid training classes throughout the Inland Empire. Visit their website for class schedule and locations.

Both Parker and Abd-Allah say that all kids should take swimming classes, but even the best of swimmers are not drown-proof.

Rescue tools, such as a lifesaving ring, should be kept by the pool at all times. Less experienced swimmers should wear Coast Guard-approved floatation devices whenever in or around a body of water.

Both Abd-Allah and Parker caution that in the event of a submersion accident, do not expect to hear scream or splashing – they are silent and quick.

Parker says submersions “don’t happen to bad families or to negligent families. They can happen to everyone.”