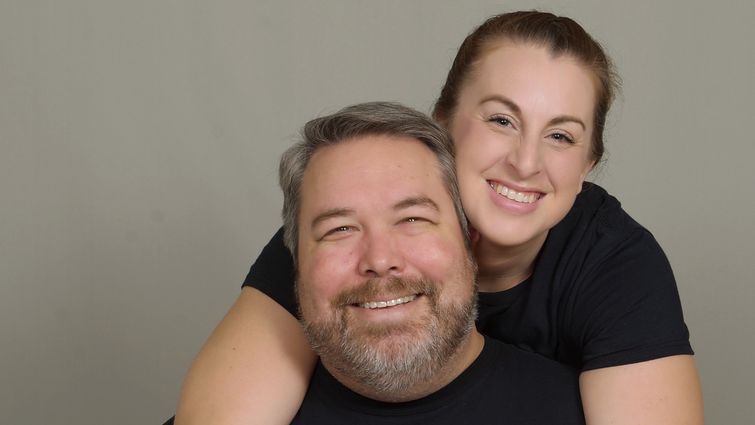 “After we split, he told me not to feel obligated to donate anymore. It was never an obligation. He’s someone I’ve loved for years, and I wasn’t going to back out just because our marriage didn’t work. Our friendship, however, still did.” — Rosanna Brown.

How many people would lend a helping hand to an ex-spouse? What about an organ? Rosanna Brown donated her kidney via daisy chain to Adam Brown, who was living without kidneys for over two years. Michael de Vera, MD, head of transplant, performed Adam’s transplant and said the Transplant Institute is forever grateful for selfless donors who give others the opportunity for renewed life.

Adam was diagnosed with genetic polycystic kidney disease (PKD) in 2007 after his mother grew sick with PKD and told her two children to get tested – both Adam and his sister’s tests were positive. Adam unknowingly had been experiencing symptoms and they gradually got worse.

It put my life on hold.

PKD is a genetic disorder that causes fluid-filled cysts to grow in the kidneys. The disorder causes the kidneys to enlarge and lose function over time. The cysts can sometimes rupture, cause extreme pain, and even bleed.

“I was miserable,” Adam said. “I started getting anxious because I never knew when the next cyst would rupture. It was scary taking too deep of a breath at the risk of one rupturing.”

Adam began losing too much blood and needed blood transfusions to make up for the loss. His doctors decided his cyst-riddled kidneys were doing more harm to his body than good. After struggling to find a surgeon that would take his case, a local doctor removed one kidney in March of 2019. The leftover kidney grew large with painful cysts, causing it to weigh a whopping 37 pounds, surpassing the previously reported largest kidney ever removed. A little over a year later, Adam had it removed. During the surgery, doctors found renal carcinoma and said it would have been undiscovered and eventually caused death in Adam’s case. Luckily, the removal of his kidneys allowed them to find the cancer and clear it out.

As of May 2020, Adam began living with no kidneys and could not urinate until he found a donor.

The kidney’s job is to cleanse the blood of toxins and transform waste into urine; so how was it possible to survive without them? Dialysis. 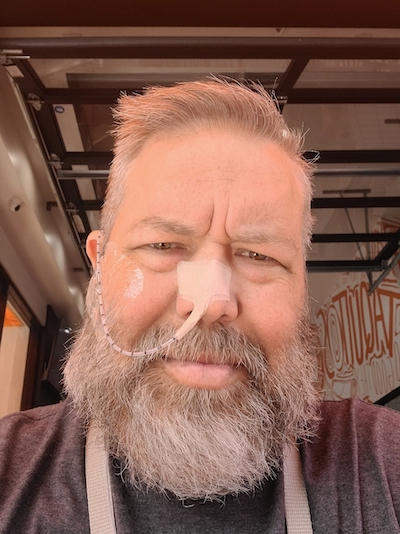 “Have you ever been in a dialysis clinic?” Adam asked. “I was miserable at every session and despised every second. It put my life on hold.”

He began various types of dialysis in 2017 when his condition worsened but relied heavily on it after both kidneys were removed and he couldn’t urinate. Adam went to a dialysis clinic four to five times a week for four years. Each session lasted up to four hours.

He was placed on the national transplant list as they eagerly searched for a donor, but obstacles, including the COVID-19 pandemic, caused the search to grow weary and stretch on for years.

No longer married, Rosanna continued receiving multiple tests and being involved in the search of treatment for Adam.

“I served in the military for 22 years, I’m a guardian by nature. I would easily lay down my life for someone I don’t know. To donate a kidney to someone I love and care for… There’s no hesitation,” Rosanna said.

Though she wasn’t a direct match for him, Rosanna was able to altruistically donate her kidney to a stranger, creating a domino effect of donations that led to Adam finding a match and getting a kidney. This process is called a daisy chain.

Kidney donation chains occur when two or more people are willing to donate a kidney to a loved one but are not compatible with that person because of factors such as age, size, blood type, and immunology.

The Browns’ chain included a mother-daughter pair from around the Inland Empire who found themselves in similar situations. Both recipients received working kidneys through successful donations by their loved ones and a team of strangers.

“After we split, he told me not to feel obligated to donate anymore. It was never an obligation. He’s someone I’ve loved for years, and I wasn’t going to back out just because our marriage didn’t work. Our friendship, however, still did,” Rosanna said.

With both native kidneys removed, Adam is essentially free of PKD, and the disease will not attack his new kidney. He will likely need another transplant in the future as Rosanna’s donated kidney should last up to fifteen years in Adam’s body, according to de Vera.

“Our mindset has always been, ‘Nothing’s going to get us down. We are never going to give up,’” Adam said. “Regardless of what happened between us, I’m grateful she never gave up.” 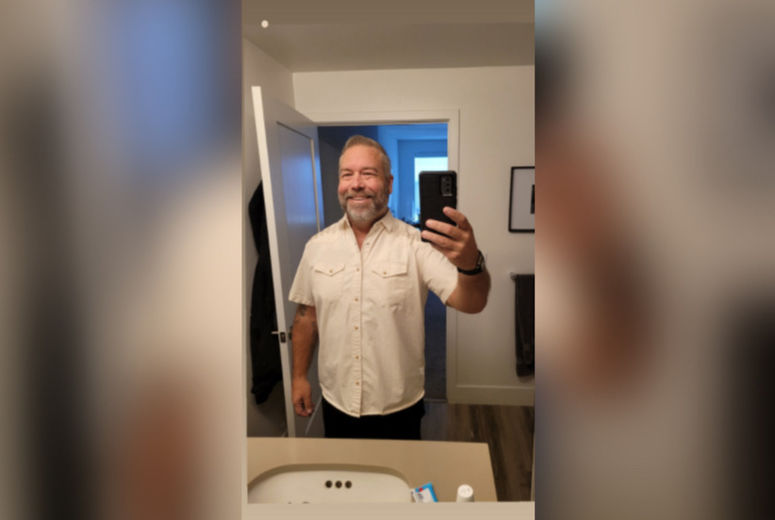 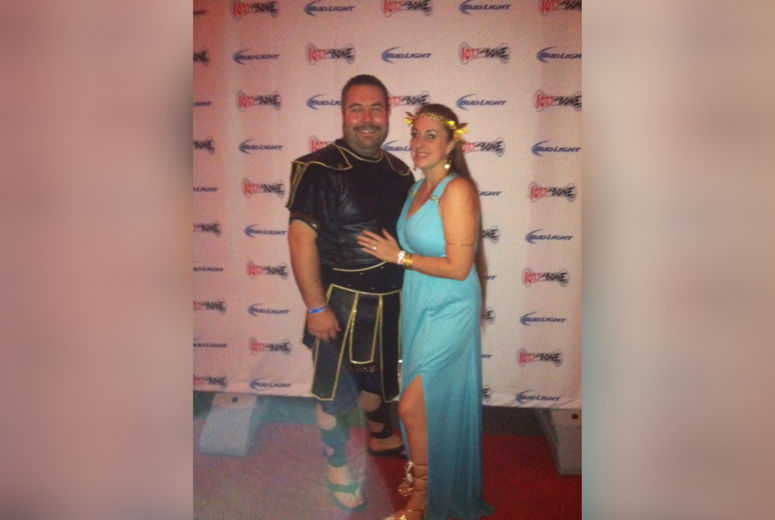 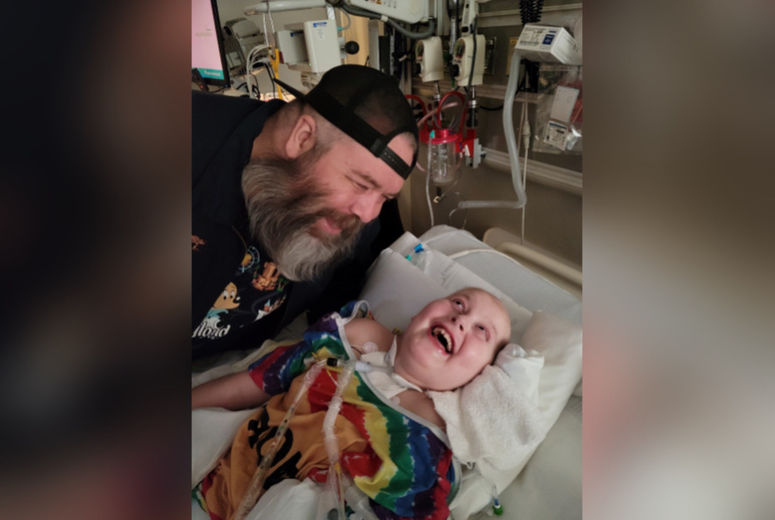 Adam has been a father figure to Rosanna's daughter, Alyssa 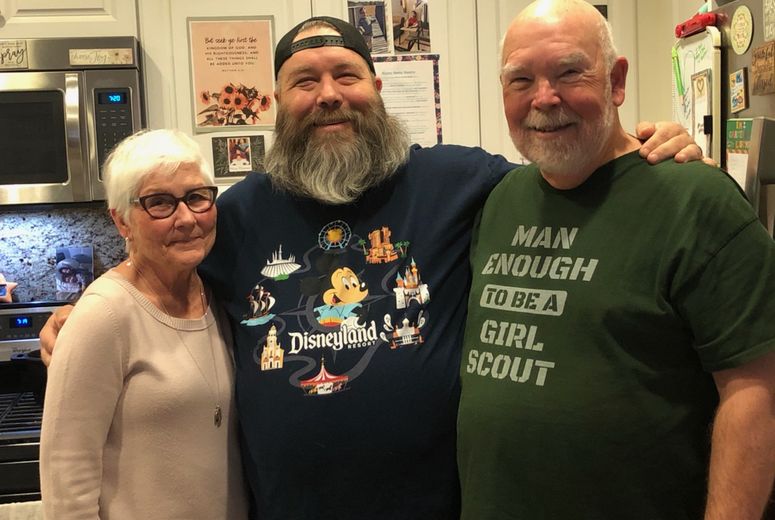 Adam with his parents days before his final nephrectomy