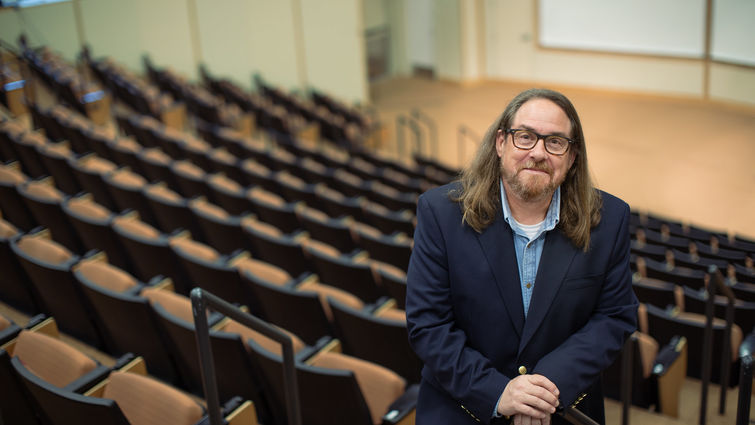 Doctors at Loma Linda University Children’s Hospital were facing a frustrating problem back in 2006. LLU physicians and care teams were noticing that family and social stressors were limiting pediatric patients’ potential quality of life, with some children not even staying healthy enough to qualify for a vital organ transplant. Children’s Hospital physicians ultimately reached out to the Behavioral Medicine Center’s youth outpatient services department for help.

Daniel Tapanes, LMFT, LMFT, MedFT, a family therapist at the Behavioral Medicine Center and a doctoral student in the School of Behavioral Health, spent a year searching for ideas, but couldn’t find anything that really fit the need.

He had spent some time with diabetes and heart programs, seeing how children and families dealt with interwoven physical and behavioral issues, and how those experiences shaped them. He began piecing together ideas from different programs he thought had potential.

What Tapanes went on to develop is now known as the Mastering Each New Direction, or MEND, program. The first families were referrals from the Children’s Hospital. As these families began participating in the group, Tapanes saw certain concepts falling into place.

“When a family has a single member with a chronic illness, that person ends up with a lot of power,” Tapanes says. “Most family decisions need to be made in concert with the needs of the ill member. Rather than having direct relationships, the family relates with the illness. We realized that relationships needed to be readjusted within the family system.”

Sick children also had not reached developmental milestones and struggled with school attendance. At the same time, these children were very articulate from their regular dealings with doctors and nurses. Though they appeared mature, in reality they struggled with emotional and social developmental processes.

“These patients have a lot of fear because of their uncertain futures,” Tapanes said. “They may live with the beliefs, ‘I won’t finish school; I won’t live long enough to graduate from high school or college; no one will love me; or I’ll never get married.’ Parents have the same type of reaction.”

These psychosocial issues eventually affect the child’s nervous system, creating many biological changes — lowered immune system, changed cognitive processes, interrupted sleep patterns, increased blood sugar levels, and other physical issues that resulted in some kids being removed from the Children’s Hospital transplant waiting list and others not seeing the full benefits of their current treatment protocols.

Researchers began examining the whole stress level umbrella to see if they could bring health improvements in the whole person through talk therapy.

What Tapanes found was that by easing the stress and lowering the physical reactions, children began thriving. The Behavioral Medicine Center soon realized that the MEND program would be a good addition to their services.

MEND is conducted as an intensive outpatient program — patients come for several hours per day for 24 sessions over a six- to eight-week period. The program also requires the child’s entire family to participate in the program.

“Parents of chronically ill children face unique parenting dilemmas,” Tapanes says. “There is a lot of guilt and shame. Research is pretty clear that depression levels in supporting family members are greater, while siblings of chronically ill kids tend to have behavioral difficulties themselves.”

In the Inland Empire, some 30 to 50 percent of children have some sort of chronic illness, says Brian Distelberg, MEND program director and an associate professor in the School of Behavioral Health.

“Many children in this area don’t need MEND; their families are able to cope well,” Distelberg says. “But for many families the psychosocial factors are too daunting, and that’s where MEND is helpful. For these families we see the children and the family’s quality of life improve significantly through their participation in MEND.”

MEND therapists typically work with child participants at the beginning of the session day, assisting them on stress management and regulating their emotions. In that child peer group, MEND patients learn to manage the way they relate to other kids as peers. While this is happening, parents are meeting in peer groups of their own. Finally, in the last hour all of the families come together for multi-family therapy.

Help from a supporter

While MEND began with about 16 patients, many more children were identified who would be helped through the program. Unfortunately, only one out of 13 children referred had coverage in those days, and funding was clearly an issue. Enter Ken Ramirez.

Ramirez is the Tribal Secretary for the San Manuel Band of Mission Indians in San Bernardino. The tribe first received services from Loma Linda University Health providers more than 100 years ago. Ramirez himself has been involved with Loma Linda University Health for more than 30 years, and has been key to the tribe’s support of a number of initiatives over the years.

Ramirez says he was looking for a new place to offer some support to Loma Linda University Health. During a tour of the Behavioral Medicine Center, he heard of a pilot program that did not have a donor supporter.

Ramirez spent time around the MEND program and in 2012 began making the project a focus of his support. He found MEND and what the program did for children and their families hit home right away. Ramirez began providing scholarships to children so they could join the MEND process.

“Advocacy for kids is right up my alley,” Ramirez says. “Growing up in an impoverished community, mental health was a huge issue. This program is aimed at creating a healthy mind. I wanted to give these children a voice.”

Tapanes, who founded the program, says he is moved by Ramirez’s support.

“To be able to remove barriers for some of these kids to be in MEND, I can’t express my feelings with dry eyes,” Tapanes says. “I’ll never be able to thank him. These children have received transplants. Now their futures don’t have limits. That never would have happened without Ken.”

But Ramirez’s support has helped lift the MEND program in a broader way as well. Distelberg was overseeing research in the program, but was hampered by the fact that only commercial payers were reimbursing for MEND leaving lower income families without access to the program.

Distelberg conducted a cost benefit analysis with the more diverse economic patient census. He found that insurance typically pays as much as $20,000 for a child’s healthcare in the year prior to the program and approximately $5,000 the year after the program. The program only costs $6,000, and that’s just in direct medical expenses.

Armed with those figures, MEND approached the Inland Empire Health Plan (IEHP), a large Medi-Cal and Medicare health plan in the region. They have now reached an agreement that any child who fits their criteria will receive support to enter the MEND program.

MEND has attracted the notice of other healthcare providers across the country. Recently a foundation in Cook County, Illinois, reached an agreement to place MEND in three hospitals in that county. A MEND manual has been produced, and Tapanes and Distelberg will provide training onsite. After three months of initial training, the two men will continue to support the program’s implementation there. Plans include video review of Chicago sessions, and placing Loma Linda University-trained therapists in Chicago for varying lengths of time.

Today MEND therapists see about 45 patients per day, and space has become an issue.

“When more space is available the number will go to 60-65 overnight,” Distelberg said. “We look at our waiting list of kids right now, and know we can help these families.”
Many School of Behavioral Health students receive training or internships through the MEND program. Some of them join the MEND team after graduation.

“MEND is unique in its integrated approach, moving beyond the boundaries of behavioral health,” Distelberg says. “There is a lot of data that when you integrate mental and physical health, you get better outcomes.”