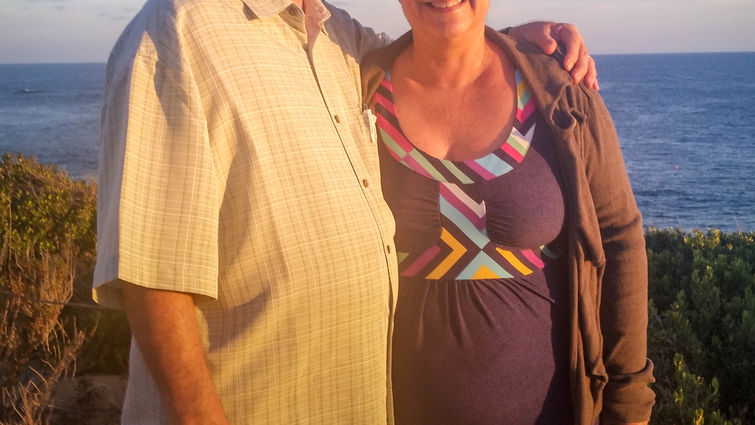 The recipe to his heart attack was simple: addiction to stress, work overload and not enough work life balance. Sound familiar? It is a mixture many working professionals consume daily. Want to know the worst part? When it happened at his ripe young age of 49, he was slapped with the fact that it was all avoidable. Randy Scott shares his story of his heart attack, hoping to inspire men to put their health first.

It was a Monday morning in August of 2004 when 49-year-old Randy Scott was rushed to the emergency room at the Loma Linda University Medical Center. At first, he was in denial that morning when he had chest pain. He thought to himself that he was a director in the healthcare industry, and this couldn’t be happening to him. Tests confirmed there was a blockage to one of his main arteries to his heart and required a stent placement.

“I was really depressed after I survived,” Scott says. “I knew my life was not over, but the way I used to live was.”

It is a statement that makes the now 63-year-old tear up when he reflects on his story. Although he was on top of the world before the event, his lifestyle is what Scott says caught up to him at the young age of 49 — most men will experience their first heart attack at age 66. At age 40 he had risen to an executive director and soon would oversee a handful of healthcare departments.

“I was one who always liked to get things done,” Scott says. “I was really great at strategy, so I was placed over several departments little by little.”

What he wasn’t ready for was the stress that came with the many titles. He slowly became immune to it as he says most working people do.

“The adrenaline rush that came with the success, the stress and everything else, my body got hooked on it and I kept saying yes to more and more things,” Scott remembers.

But the addiction would not last for much longer. Almost three decades after his first promotion he says he remembers sitting up in bed with his wife and saying, “What have I done?” His leadership now had him working every day around the clock. Two years before his cardiac event he stopped exercising, started eating poorly and hardly slept because constant phone calls were a norm in the middle of the night.

It was the perfect concoction that he says he knew better than to drink. And when that August morning came full of massive chest pain and shooting pain up his arm, he knew his luck had run out.

But he still hadn’t quite learned his lesson. The day after his surgery, his colleagues were gathered in his room talking business, and a nurse had to shoo them out after she saw his heart rate and blood pressure start to rise; Scott’s addiction blinded him from even noticing that. The blinders finally came off weeks after his surgery when depression finally set in and an unlikely invitation from his niece to go on a cruise jumpstarted his evolution.

The cruise forced days of silence and no interruptions. That is when he was finally able to see how stressed he was when he was faced with no stress at all. After the trip he called in to resign. Now he urges men to learn these things he wishes he could have told his younger self.

Scott also encourages therapy and partnering with someone to get back on your feet. If you need more than a family member or friend to partner with you, the Loma Linda University International Heart Institute has a wealth of resources you can check out by calling 1-800-468-5432.