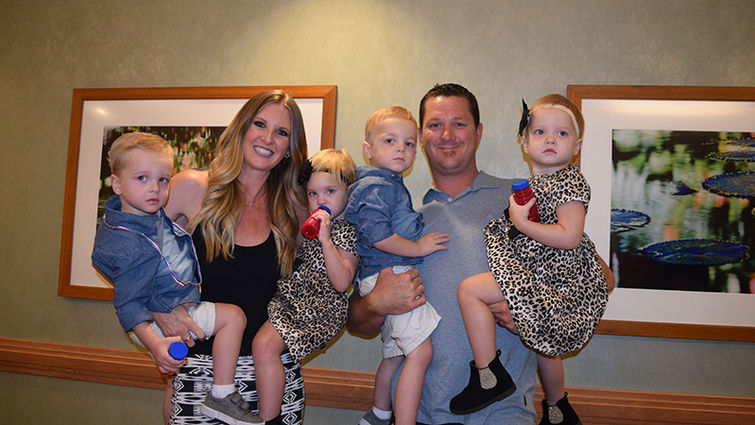 Ryan and Brittany Stuit, residents of Murrieta, California, returned to LLU Children’s Hospital for an emotional reunion with the physicians, nurses, and staff who shared the experience with them before, during, and after March 26, 2014—the arrival of Regan, Haley, Jacob, and Lucas.

Meeting them at the Total Care Birth Center on September 29 were maternal fetal medicine specialist Shareece Davis-Nelson, MD, and obstetrician/gynecologist Courtney Martin, MD, who helped Brittany with the task of carrying her quartet in utero as long as possible.

Amazingly, she was able to make it to 32 weeks before delivery.

Three of the quadruplets spent up to six weeks in the NICU, with Regan staying on for another three weeks. The family took time to visit the NICU staff, many of whom remembered the infants and now enjoyed interacting with them as toddlers.

When asked whether the Stuits would add to their number, Ryan said he believed that four would be enough. Brittany, however, commented how much she had enjoyed being pregnant. 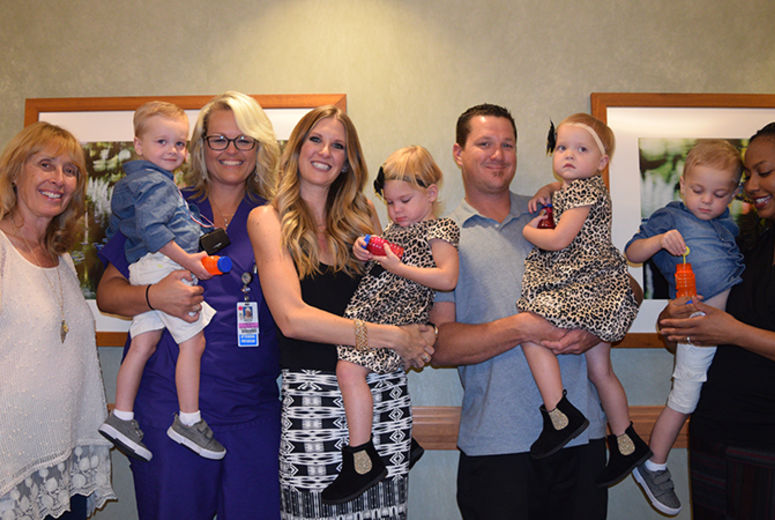 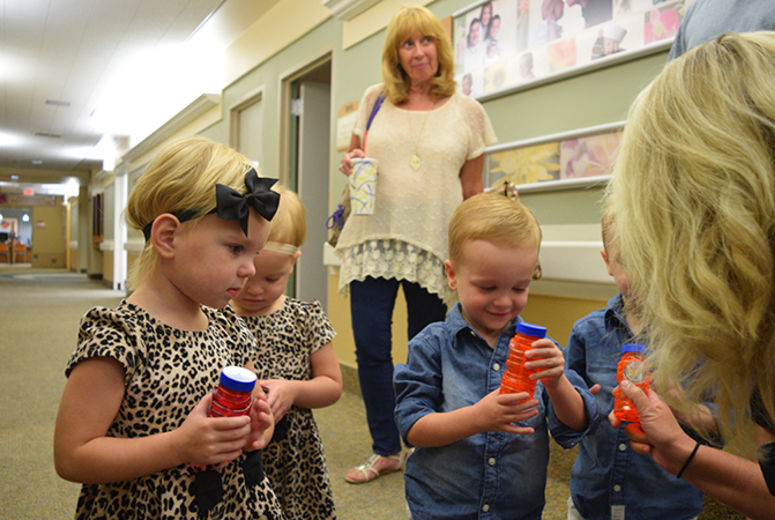 Courtney Martin, who helped care for Brittany during her pregnancy, hands out bubbles to the quadruplets—which became their focus for the rest of the visit. 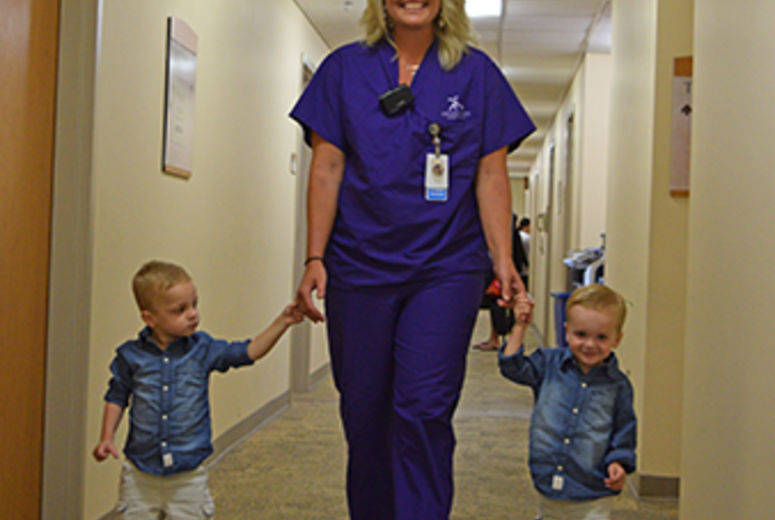 Courtney Martin takes a stroll with the boys—Lucas (left) and Jacob (right). 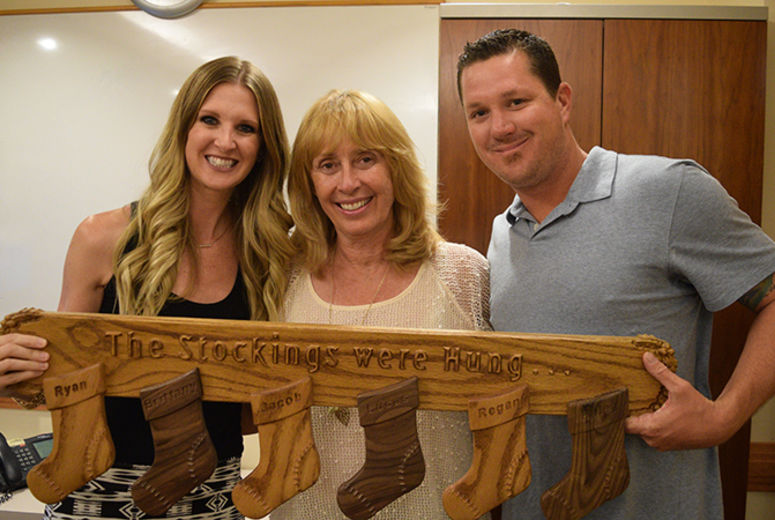 Brittany (left) and Ryan (right) accept a gift from night nurse Phyllis Zehmas, whose husband handcrafted it for the Stuit family. 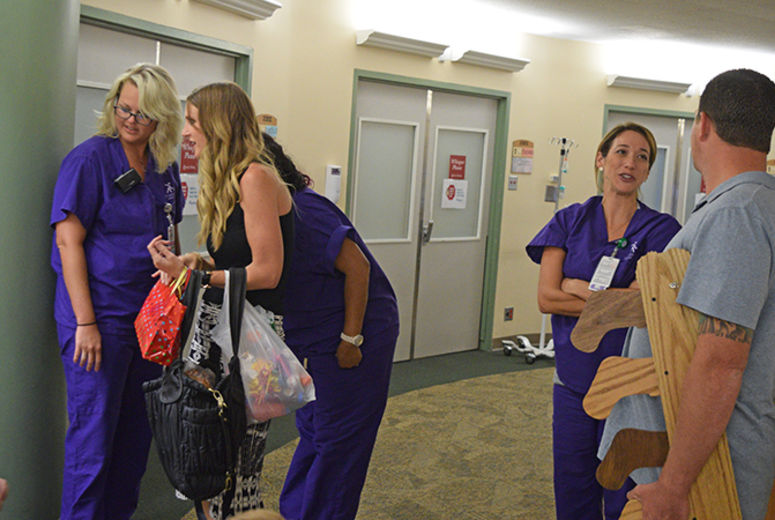 The Stuits stop by unit 3100, labor and delivery. 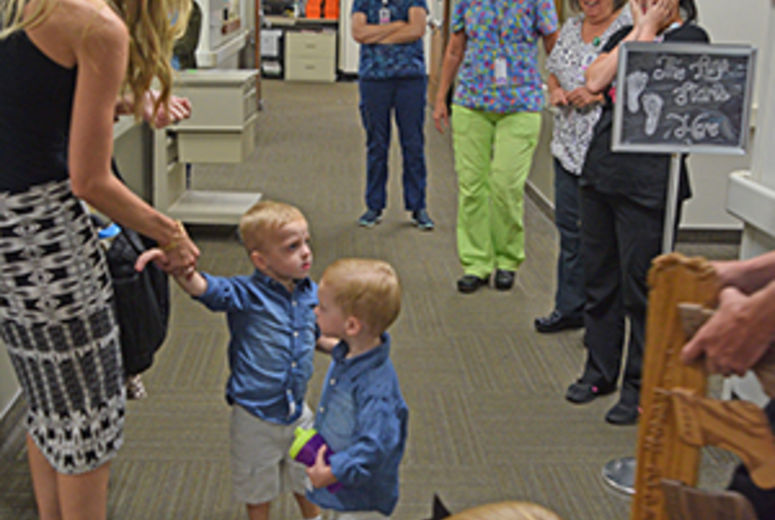 Nursing staff from the NICU cannot believe how much the quadruplets have grown. 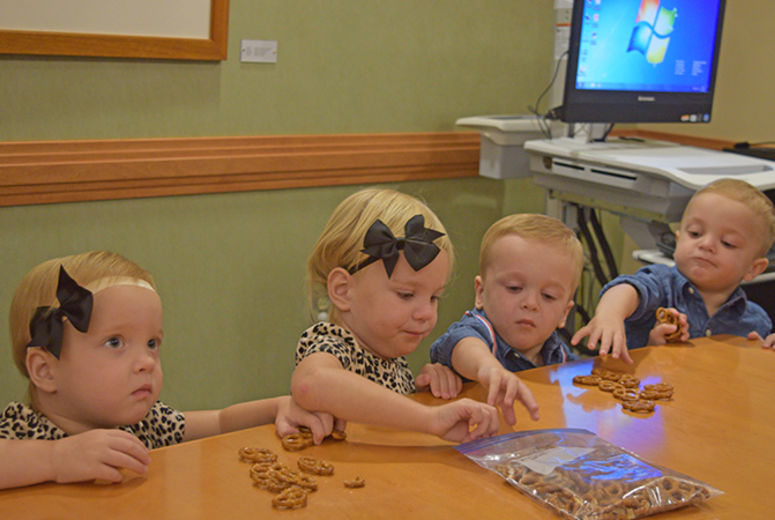 The foursome "take five" for a snack. 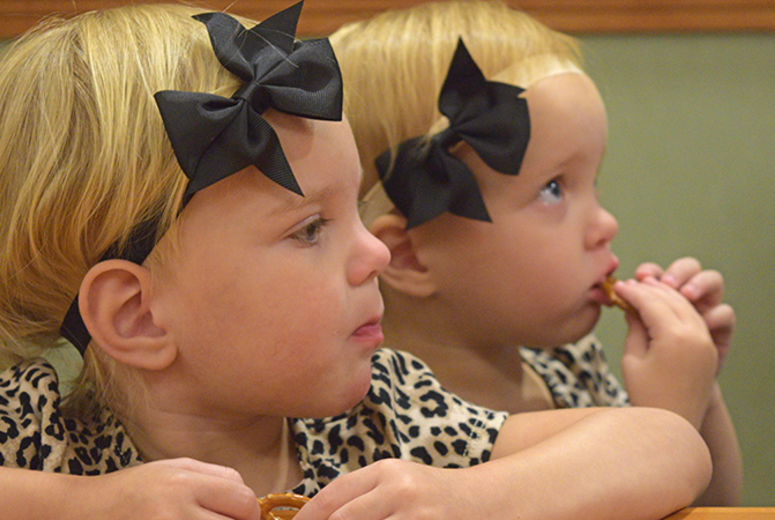 Regan and Haley enjoy their pretzels. 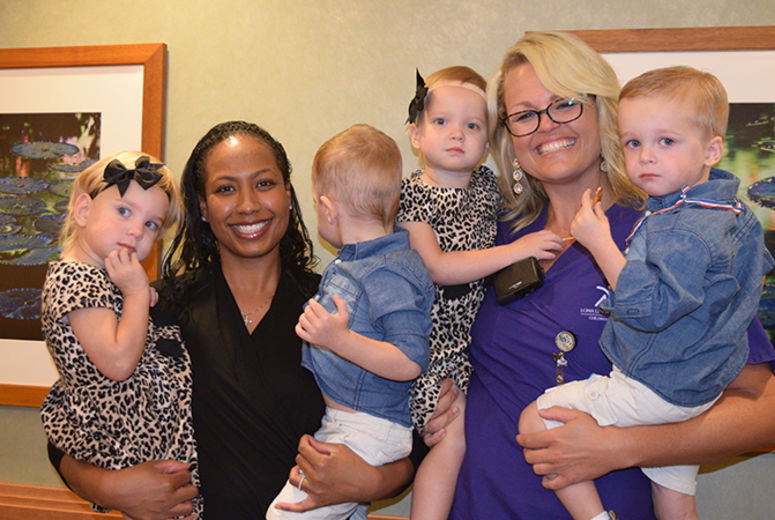 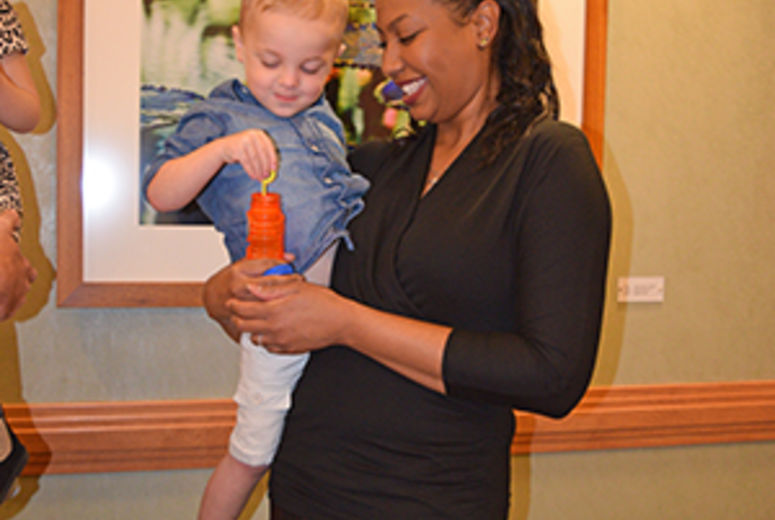 Lucas demonstrates the finer skills of bubble-blowing to Shareece Davis-Nelson. 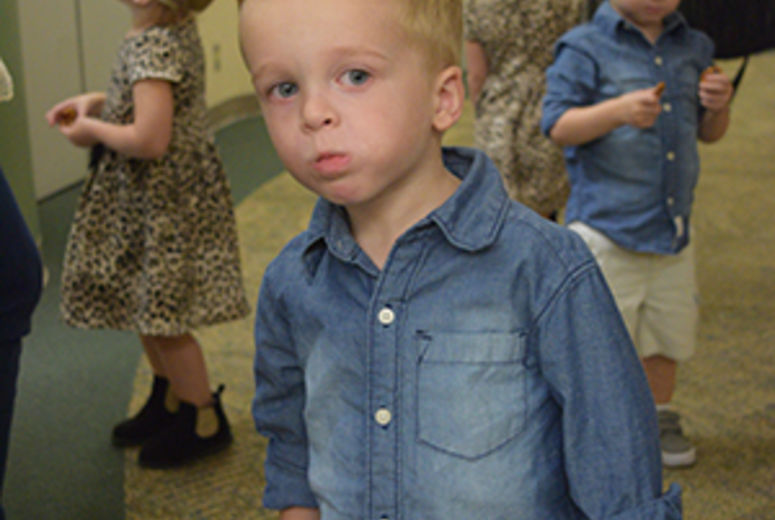