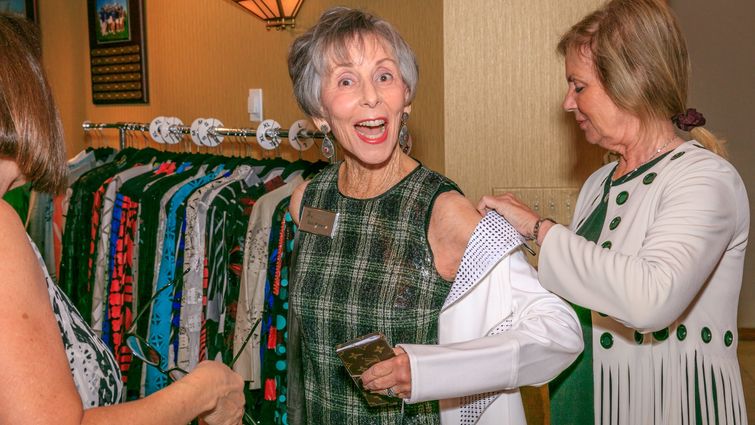 A glass of water — tap water — was auctioned off for $400. There was no secret prize at the bottom of the glass, but to the individual who bid and won said glass, the knowledge that the money would go toward helping a child in need at Loma Linda University Children’s Hospital was enough.

The glass of water was one of ten items sold during the live auction during Girls, Guys & Giving, the signature fundraising event of the Big Hearts for Little Hearts Desert Guild. The Club at Morningside in Rancho Mirage was the venue; the children of the Coachella Valley were the reason, and auctioneer Jim Nye didn’t need much more to rouse the nearly 300 guests who attended.

After a social evening of good fun for a good cause, the evening raised over $85,000 for LLUCH. 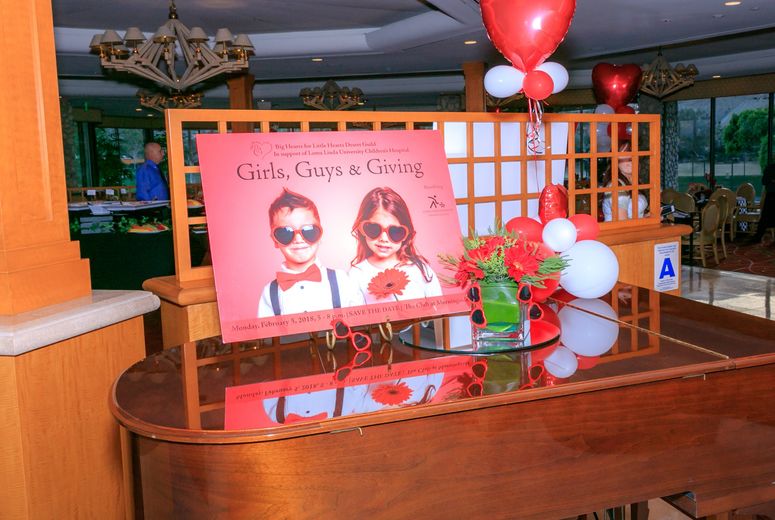 Themed décor of hearts and bears in red was seen throughout the venue, including the entrance to the main room. 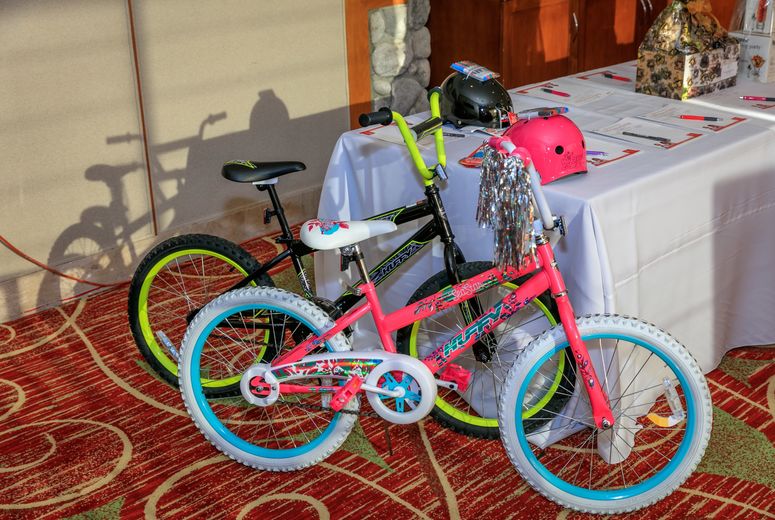 Two kid's bicycles and helmets were among the roughly thirty silent auction items at the event. 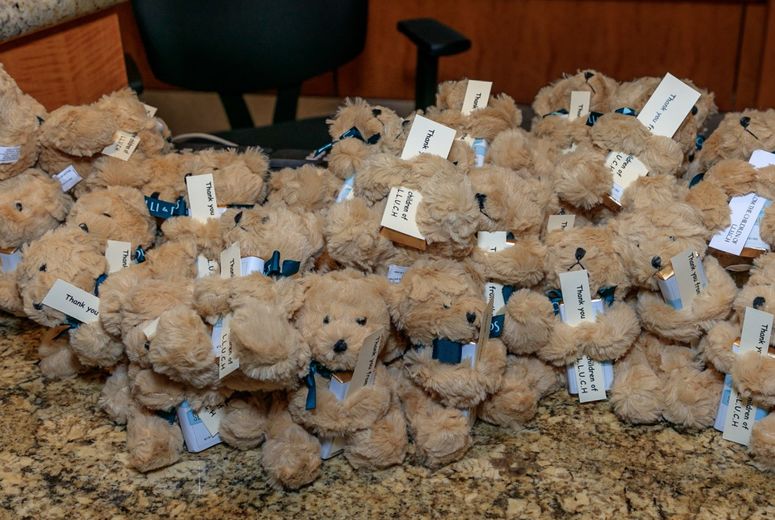 Each guest was sent home with a small plush teddy bear and chocolate.

Each guest was sent home with a small plush teddy bear and chocolate. 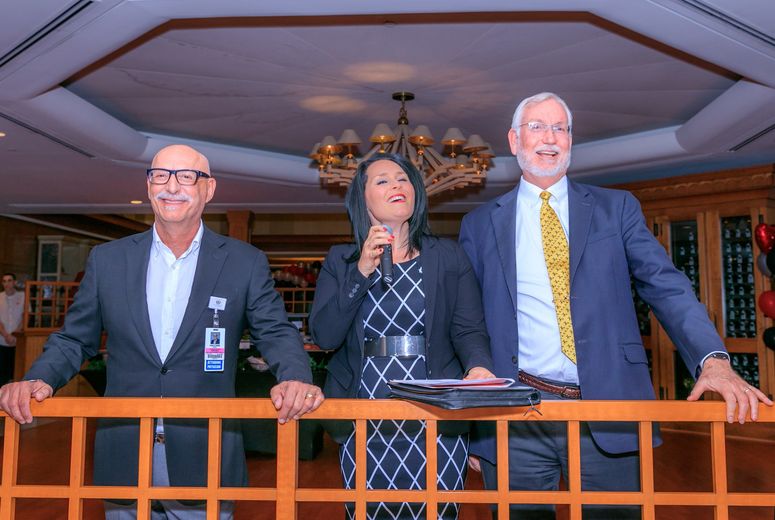 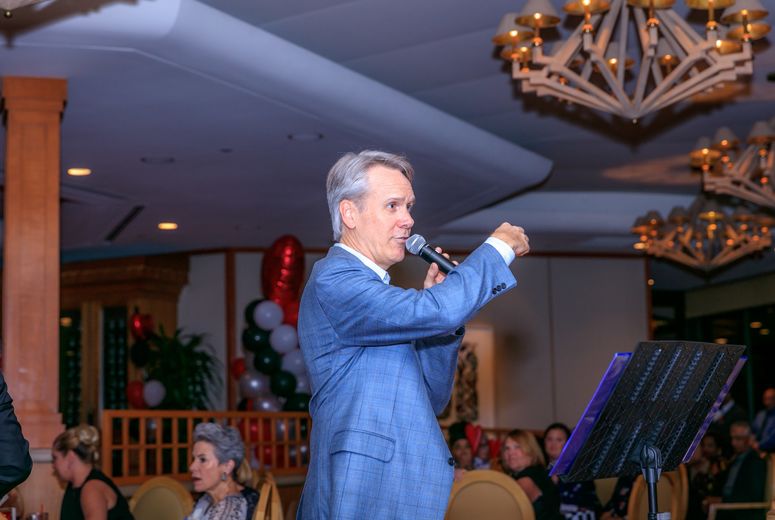 Auctioneer Jim Nye encourages guests to participate in the live auction portion of the evening. 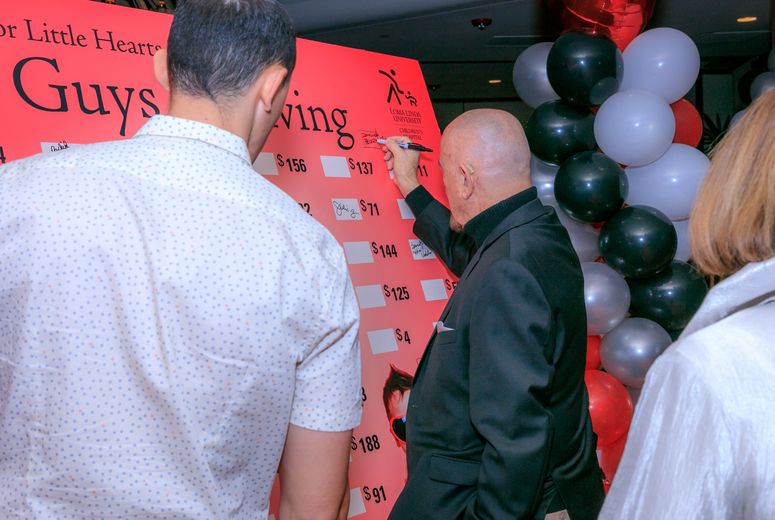 Guests write in pledges on the dash for cash board. 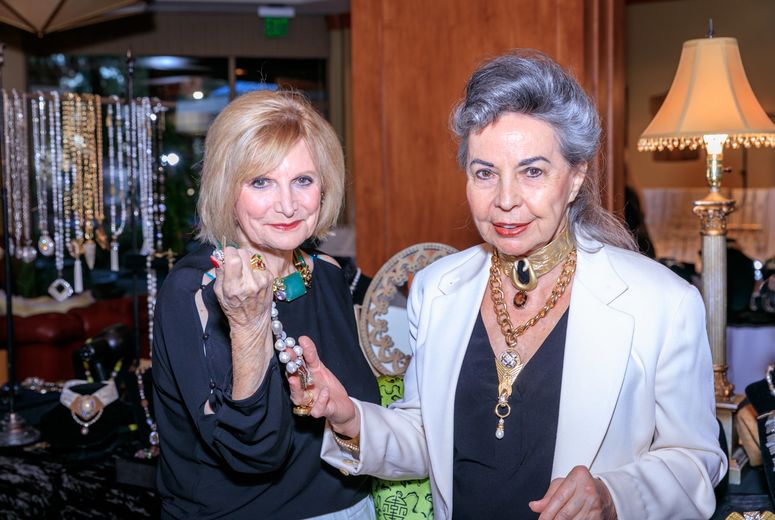 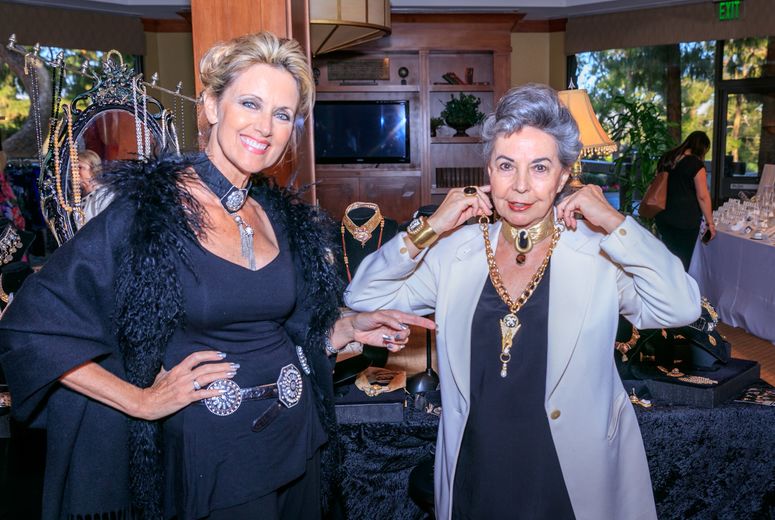