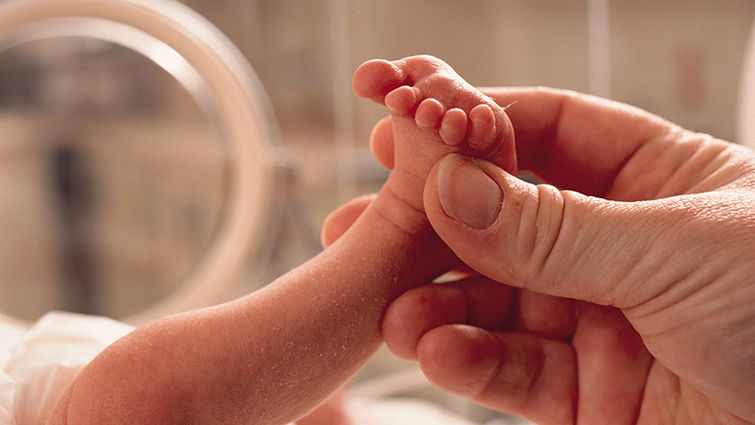 Baby Cora weighed less than 400 grams—or 14 ounces—when she was born prematurely. That’s a little more than a regular can of soda.

Her will to live, along with the love she received from those around her and extraordinary care given at the Loma Linda University Children’s Hospital neonatal intensive care unit (NICU), helped Cora not only survive but thrive.

Now 12 years old, she brings joy to her family and suffers relatively few of the severe health issues that typically affect children born with extreme prematurity.

“Cora has been lucky,” says Elmar Sakala, MD, MPH, professor of gynecology and obstetrics, LLU School of Medicine. “She is the smallest surviving baby I have ever delivered, and she is doing remarkably well.”

However, Cora’s case is the exception, not the rule, Sakala is quick to point out. Sakala, a maternal fetal medicine (MFM) specialist, was one of a number of speakers who addressed a group of health care professionals during the first annual Perinatal/Neonatal Conference on Wednesday, September 28.

Many babies born prematurely endure lifelong conditions related to their early departure from the safety of the womb.

The daylong conference, held at Wong Kerlee International Conference Center, was attended by close to 100 individuals—many of them nurses—who listened to a wide range of topics presented by Loma Linda University Health experts.

Shareece Davis-Nelson, MD, began the day by sharing information and case studies about diagnoses she sees as an MFM specialist. She focused on several issues that impact the developing fetus: gastroschisis (where the intestines of a fetus form outside the abdominal cavity), omphalocele (where digestive organs protrude into the umbilical cord), and hydrops (where one or more fetal cavities are filled with excessive fluid).

Davis-Nelson noted that, in 2006, the Inland Empire (San Bernardino and Riverside counties) reported the highest rates of gastroschisis in California. She also addressed ways to remedy these and other conditions.

Sakala spoke about pre-term labor and delivery. He emphasized that, for every two weeks a fetus remains in utero, the morbidity (ill health) and mortality (death) risks are reduced by about 50 percent. He also discussed some of the steps that can be taken to reduce the risk of pre-term delivery.

Sakala also pointed out that, while pre-term deliveries in the U.S. are on the decline, the country overall has received a “C” rating by the March of Dimes.

The northwest states of Washington, Oregon, and Idaho were given an “A” grade, while the southeast states of Alabama, Mississippi, and Louisiana earned an “F” grade.  California received a “B” from the March of Dimes.

Ricardo Peverini, MD, a neonatologist at LLU Children’s Hospital, spoke about the age of viability—when a premature baby has a chance to survive outside the womb.

Peverini, who is also vice dean for clinical affairs, LLU School of Medicine, as well as an associate professor of pediatrics for the school, stated that recommendations as to what gestational age is sufficient to warrant intervention—such as mechanical ventilation—vary from country to country, and even from state to state. However, 23 and 24 weeks gestational age is the most widely accepted recommendation.

“For a variety of reasons, the assessment of gestational age is not precise to more than an estimate within 7 to 10 days,” Peverini pointed out, “so the decision to attempt to keep an infant alive is based on a number of factors.”

An important factor, Peverini emphasized, is that sufficient development of the lungs must have taken place in order for an infant to survive, frequently aided by mechanical ventilation. That typically happens somewhere between 22 and 26 weeks.

Following the morning presentations, Davis-Nelson, Sakala, and Peverini took part in a round-table discussion, answering questions from the audience.

Raylene Phillips, MD, co-director of the Neuro-NICU at LLU Children’s Hospital, and assistant professor of pediatrics, LLU School of Medicine, addressed some of the issues faced by newborns and their parents. Phillips also emphasized that much of the early brain development that normally would take place in utero still needs to happen in as quiet and supportive an environment as possible.

“There are many factors that challenge the healthy development of newborns,” Phillips explained. “We have to balance the medical needs of the infants with their needs for healthy parental attachment while creating an NICU environment as close to the womb as possible—a significant challenge!"

Newborns in the NICU should be protected from bright lights and loud sounds. Frequent touching can often be painful. Intravenous line placements, blood draws, intubation and suctioning, tube feedings and insertions, x-rays, ultrasounds, eye and daily physical exams, taking of vital signs, bathing, and weighing are all part of routines in the NICU that are developmentally unexpected for pre-term infants.

“We may not know what a newborn is thinking, but surely it is along the lines of ‘Where is my mother’?” Phillips suggested. “And parents often experience a keen sense of “Where is my baby?’ when entering the NICU for the first time.”

Phillips talked about a “critical period—a window of opportunity in early life when a child’s brain is exquisitely primed to receive sensory input in order to develop more advanced neural systems.” When the intensity of sensory information is altered, brain development is also altered.

The goals of family-centered care, according to Phillips, are to reunite the family, resume interrupted parent-infant bonding, and support parents in their roles as the most important caregivers for their infant.

Grief is the natural outcome for parents and siblings of infants that didn’t survive, said McMillan, who addressed common grief responses of parents and discussed the tasks of mourning.

“What is being grieved?” McMillan asked. “Loss of normal pregnancy, of anticipated and delivery experience, of a healthy baby, and of a future with the child.”

As families traverse the grief process, McMillan shared, those looking to support them must remember that each person grieves uniquely. “Each parent will have his or her own path through grief, but parents will do better if they keep the communication open between them and allow the other freedom to express herself or himself in the way that seems best.”

Regan talked about the potential feelings of siblings when a baby is in the NICU or has died. “They are feeling separation from their parents,” she explains. “Life as they have known it has been disrupted.”

She continues, “They may also feel a sense of isolation—especially if the truth is withheld, or a fear that they, too, will become sick.”

A special feature of the afternoon brought together some parents of NICU patients to talk about life before, during, and after the NICU. Parents shared their experiences and answered questions from the audience.

The final speaker of the day, Anamika Mukherjee, MD, assistant professor of pediatrics, LLU School of Medicine, talked about the benefits for children’s hospitals in creating a small baby unit.

Extremely low birthrate babies historically suffer from a number of conditions as they grow up.  In one study reported in the New England Journal of Medicine (January 2005), for 6-year-olds born more than three months early, 12 percent had disabling cerebral palsy, 22 percent had severe physical disabilities, 41 percent had learning disabilities, and 20 percent repeated at least one grade in school.

Another study in Pediatrics (April 2008) found that among 22-month-olds who were extremely low birth weight, 26 percent tested positive in a screening for risk of developing autism.

“Small baby units have been able to dramatically increase survival rates for premature babies,” Mukherjee pointed out, “as well as decrease the number and severity of health issues faced by these children as they grow.”

Mukherjee emphasized the importance of multi-disciplinary teamwork in caring for these high-risk infants and children. 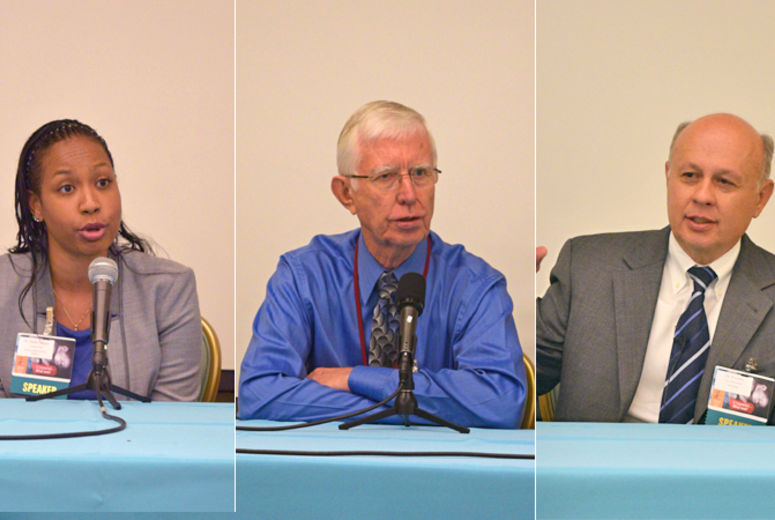 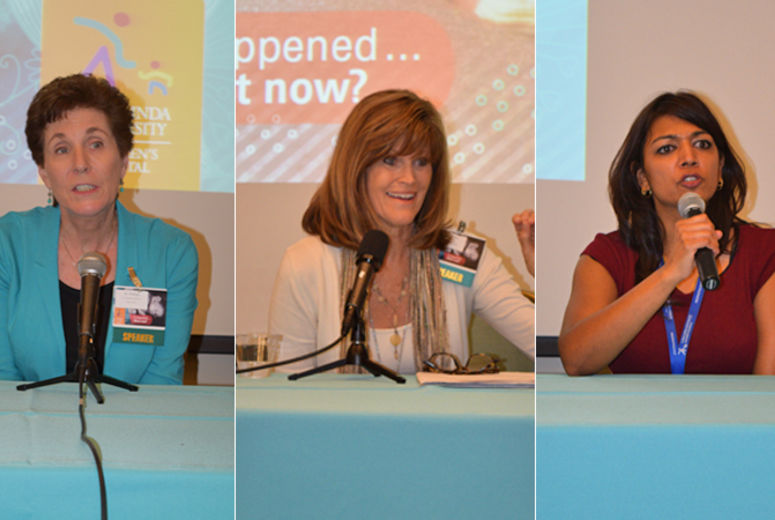