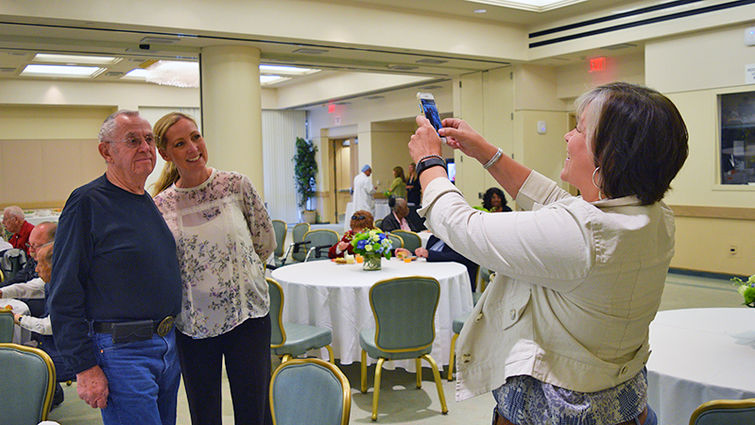 To celebrate this milestone, the TAVR team at Loma Linda invited past patients and their families to meet the team and each other during an informal luncheon on Monday, April 25, from 12-2 p.m. in Wong Kerlee International Conference Center. More than 25 patients and family members attended.

According to the American Heart Association website, TAVR is a “minimally invasive surgical procedure that repairs the [aortic] valve without removing the old, damaged valve.” The artificial valve is wedged into the opening, pushing the damaged valve out of the way and taking over its function.

TAVR is ideal for individuals who are not good candidates for open-heart surgery. However, the procedure is now being considered for medium-risk patients and is awaiting approval by the U.S. Food and Drug Administration (FDA) for this expanded use. 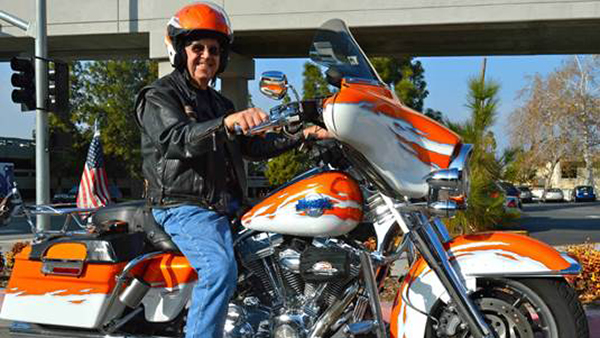 Jim Sehnert, “patient 59,” is a living example of the benefits of TAVR. Following his procedure in July of 2015, he was able to resume his top passion—riding motorcycles. He traded in his Harley for a three-wheeler this past year, not because he can’t ride the Harley, but because the big bike landed on his foot, crushing it and requiring surgery.

A resident of the mountain town of Wrightwood, California, Sehnert has logged more than 4,500 miles since his TAVR procedure.

Jill Young, a friend who came with Sehnert to the April 25 event, says he still cuts his own grass, weeds the yard, and stacks his own wood. “He rode 475 miles in one day,” Young details, “all the way up to Williams to visit his brother.”

The luncheon was organized by Cheryl Fish, heart valve coordinator for the TAVR team. “We chose to celebrate our 100 cases by having our team and patients share their successes,” Fish explains. “Our team includes health care specialists from a multitude of disciplines. This event was designed so they could enjoy a light lunch, and sit down with some of the patients and families.”

The team of surgeons, who insert the artificial valve between the ribs just under the left breast and through the bottom of the heart muscle, also includes cardiothoracic surgeons Rosario Floridia, MD; Anees Razzouk, MD; Nahidh Hasaniya, MD; and David Rabkin, MD.

In addition, the anesthesia team led by Jason Gatling, MD; Ryan Lauer, MD; and Justin Horricks, MD, has been vital to the success of Loma Linda’s TAVR program. Due to recent advancements, the TAVR procedure can now be offered with patients awake with moderate sedation, reducing their length of stay. Nursing staff with a variety of specialties complete the team. 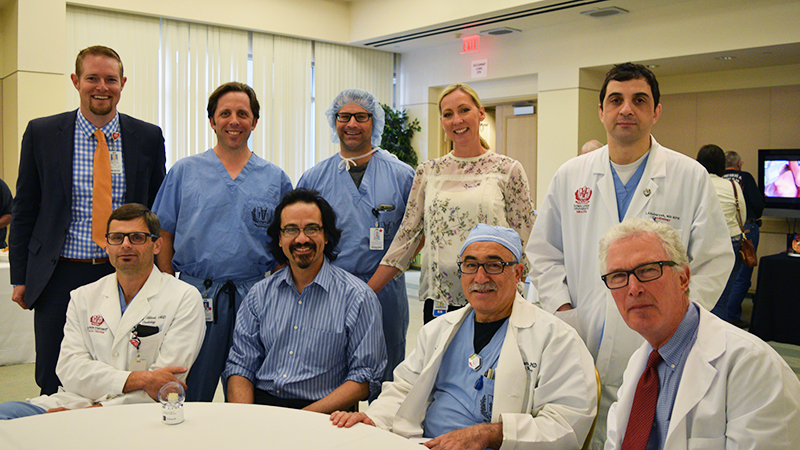 Members of the TAVR team at Loma Linda University Health gather for a group photo during a celebratory luncheon for surpassing the 100th TAVR procedure. Team members were able to visit with patients and their families to talk about their experience during and since the life-saving and life-changing procedure.