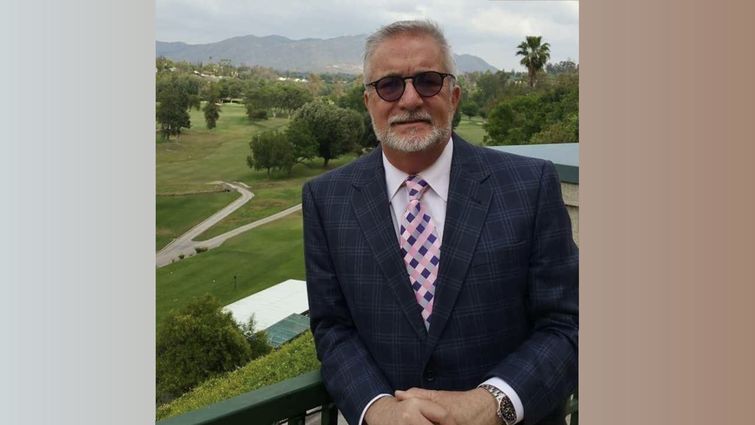 One spring morning, while walking in the neighborhood, 67-year-old Thomas Hunt felt a heavy pressure spread across his chest and down both arms. The tests his cardiologist ordered returned with abnormal results, indicating Hunt would need to undergo a bypass procedure to unclog blocked arteries around his heart.

As someone with coronary artery disease and nine implanted stents already, Hunt says he wasn’t enthusiastic about undergoing yet another procedure, especially open-heart surgery — until he learned about an alternative option available at Loma Linda University Health.

If there are patients in the community struggling with artery blockages and who feel that they have no options left, they should consider coming to us.Dr. Aditya Bharadwaj

For Hunt, past cardiac procedures had felt long and painful, and he says the prospect of open-heart surgery seemed both daunting and inconvenient. An independent businessman and longtime member of the Riverside Unified School District (RUSD) Board of Education, Hunt says he wanted to avoid the physical strain and longer recovery time associated with open-heart surgery. Moreover, Hunt says he was weary of post-op complications, like stroke, after coronary artery bypass graft (CABG) surgery. “Strokes can incapacitate people, which I saw firsthand in my father,” he says.

After speaking with a fellow member of the American Heart Association Board that Hunt has formerly served on, Hunt received a recommendation to seek cardiac care at Loma Linda University International Heart Institute. There, a care team, including interventional cardiologist Aditya Bharadwaj, MD, was equipped and willing to perform a complex, high-risk, indicated procedure (CHIP) on Hunt.

All those people possessed not only professionalism, but great empathy as well.Thomas Hunt

CHIP offers a minimally invasive alternative to open-heart surgery for high-risk patients, Bharadwaj says, including patients with multiple blocked arteries such as in Hunt’s case.

“If there are patients in the community struggling with artery blockages and who feel that they have no options left, they should consider coming to us,” Bharadwaj says. “Performing a high-risk coronary intervention requires the right infrastructure, technology, and expertise in interventional cardiology. We have all of those pieces at the International Heart Institute.”

Hunt says he is grateful he followed his colleague’s advice. He first consulted with Anthony Hilliard, MD, chief of cardiology at the International Heart Institute, who assessed Hunt’s condition, listened to his concerns about open heart surgery, and referred Hunt to Bharadwaj and the interventional cardiology team for CHIP. Hunt’s positive initial impressions of the care experience only strengthened with time. 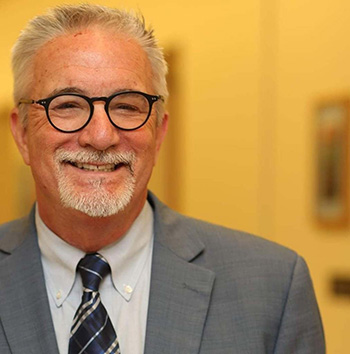 “From the check-in desk and everywhere you go in the clinic and hospital, it was just first-rate service,” Hunt says. “All those people possessed not only professionalism, but great empathy as well.”

When the date for Hunt’s CHIP came, Hunt says he knew he was in “well-trained, confident” hands. “I thought, ‘I’m going to be with the best. They know my concerns, and they’re going to place me in the right way.’”

Restenosis had occurred in several of the stents lodged in Hunt’s largest coronary artery, Bharadwaj says. In other words, the portion of Hunt’s artery previously treated with a stent became blocked again, compromising blood flow to his heart and decreasing heart function.

It was like night and day of what I’d experienced before.Thomas Hunt

“Every other time I’ve had a heart procedure, it’s been painful and I’ve bruised up,” Hunt says. “After this procedure, I had no external traces or pain. Instead, I felt elated, partly because I had more access to oxygen and partly from the happiness and the relief I felt. It was like night and day of what I’d experienced before.” 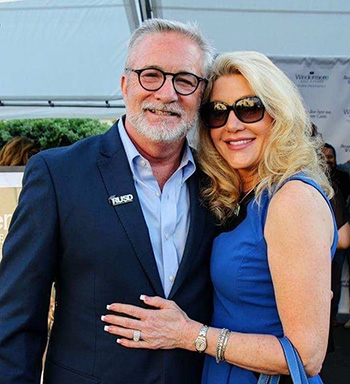 The following day, Hunt says he was able to return to living the life he loves: spending time with Geri, his high school sweetheart and wife of 39 years, and their two “spoiled” chihuahuas, gardening, golfing and contributing to the RUSD Board of Education. He also says he is thankful that he will be around to see his two adult daughters grow their families.

“All worry left me when I looked around at the comprehensive care Loma Linda University Health offers, from the stellar facilities to the skilled staff around me who took the time to get to know me and my chart,” Hunt says. “If a heart procedure can be a good experience, then I would say I had an excellent experience.”

Loma Linda University International Heart Institute is dedicated to providing each patient with a combination of cutting-edge, compassionate, and personalized care. To learn more about all the institute offers in cardiovascular health, visit https://lluh.org/heart-vascular.