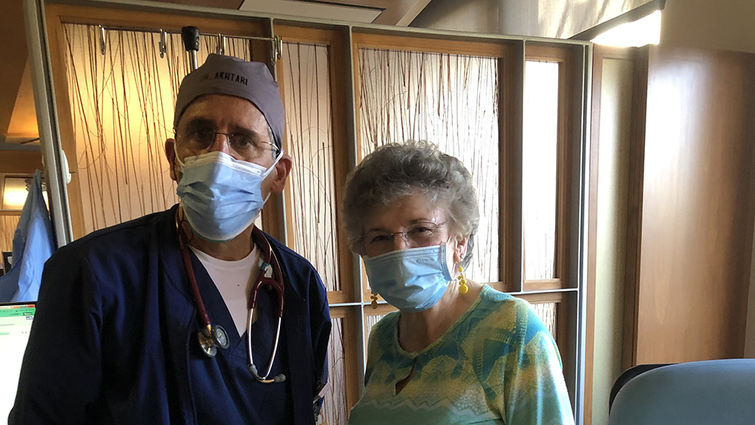 Physicians at several institutions told Pat Giard there was nothing to be done for her as a 70-year-old with multiple myeloma, a type of chronic blood cancer, and advised her to “go home and be comfortable,” until the end.  That was about a decade ago, before Giard encountered oncologists at the Loma Linda University Cancer Center. The now 79-year-old Riverside resident says she is pleased with her current course of treatment that allows her to fulfill her roles as a loving grandmother, eager traveler, and avid bowler.

“I wasn’t willing to take ‘no’ as an answer because I knew there was still much left for me to do,” Giard said. “I am so glad I did because it led me to Loma Linda University Health where I’ve met doctors like Dr. Akhtari who truly care about and believe in their patients.”

Though multiple myeloma, a chronic cancer of plasma cells, is incurable, treatment has granted Giard an extended and good quality of life that allows her to carry out the activities she wants, said Mojtaba Akhtari, MD, a hematologist-oncologist at the Cancer Center.

Akhtari said it’s unfortunate that some tend to hold a pessimistic view about cancer in older patients. Moreover, multiple myeloma is a relatively uncommon cancer and not many people other than oncologists are aware that new advances in treatments for such patients exist.

“We are in the golden era of targeted treatments and immunotherapy, which allow us to serve patients like Pat,” Akhtari said. “Overall survival for patients with multiple myeloma has improved considerably because of these advances.”

Giard is one of the patients to benefit from such advances, and currently follows a personalized outpatient treatment plan composed of an injection called bortezomib, which targets pathways activated by multiple myeloma cells, along with a pomalidomide pill that releases agents in the bone marrow at the site of the cancer and prevents multiple myeloma cells from growing and multiplying. The specific combination provides Giard control of her cancer, Akhtari said.

Patient care is not only about prescribing medicines, it is also about listening to their concerns and working together to develop the best course of care tailored to their needs.Dr. Mojtaba Akhtari

As the secretary-treasurer for two weekly bowling leagues since 1972 and a grandmother to six, Giard has much to tend to. Moreover, she and her husband had traveled to 44 state capitals before her multiple myeloma placed their plans on hold — six remaining capitals still await a visit from the Giards.

This ability to live with and manage multiple myeloma in order to live her life fully did not come easily for Giard. She was first diagnosed with multiple myeloma in 2009 and condensed 25 rounds of radiation treatments in a span of 5 weeks at another institution, after which she opted not to begin chemotherapy. Two years later in 2011, excruciating back pains brought Giard back to different hospitals where physicians confirmed the presence of multiple myeloma in her body but turned her away. 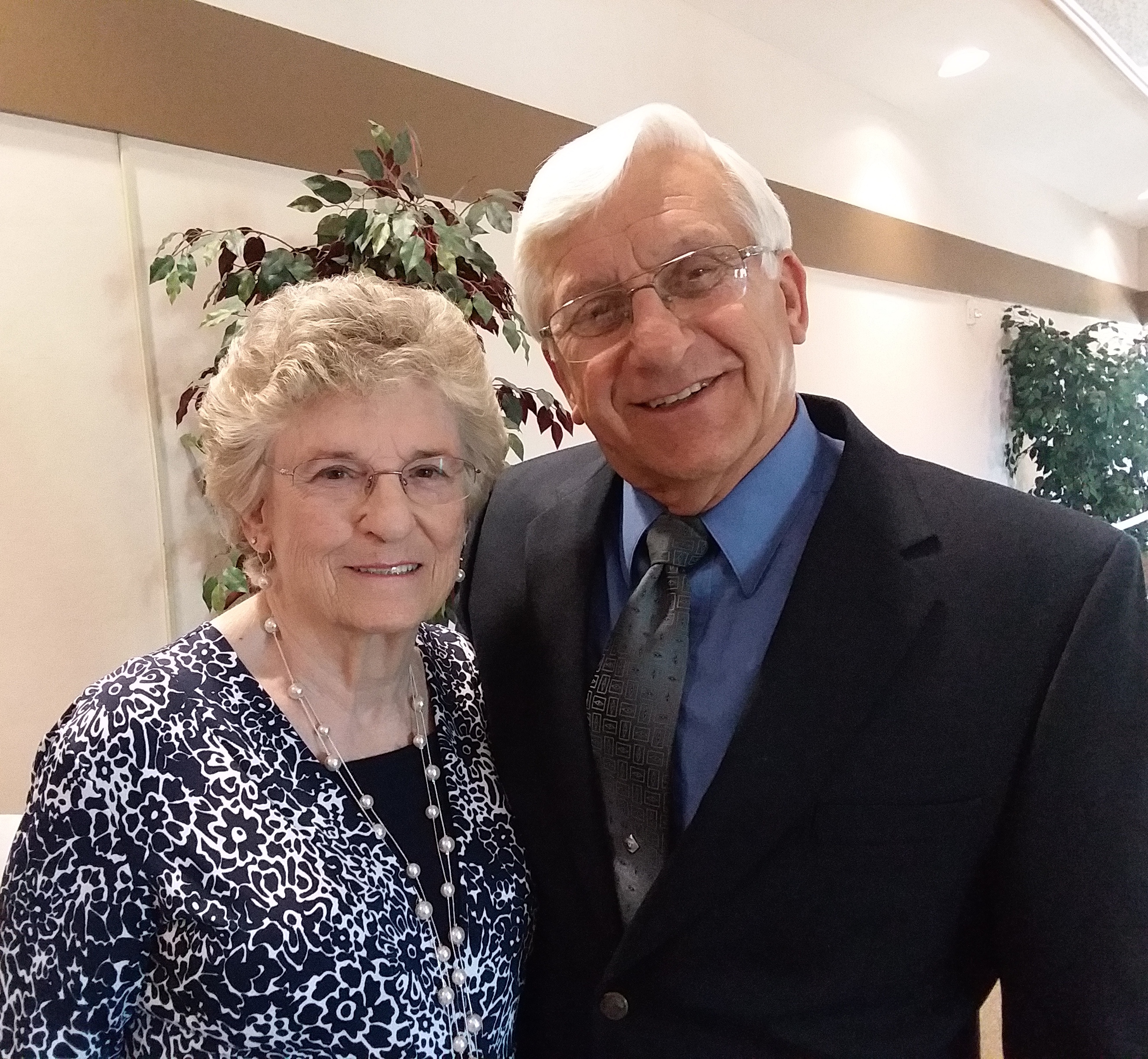 Yet within days of seeking care at LLU, Giard underwent a kyphoplasty during which physicians strengthened 12 compressed fractures in her vertebrae — bones that had been weakened by her multiple myeloma. Thereafter, she worked with palliative medicine specialist Gina Mohr, MD, who has enabled Giard to manage her pain in order to engage in activities important to her. So began Giard’s decade of care at LLU, starting with bi-weekly infusion therapy under the care of LLU residents that has since led to her current collaboration with Akhtari for personalized treatment.

“I’m doing fine thanks to the doctors I’ve encountered at LLU,” Giard said. “Dr. Akhtari has been the best of all the doctors I’ve had. He keeps in touch with me, and I know if I have any problems, he will be readily available to help me and answer my questions.”

The solid foundation of communication and trust Giard built with Akhtari played a central role in helping Giard overcome a COVID-19 infection in January as cases peaked. Giard, who had already lost close friends to the virus and had a weakened immune system herself, said she was seriously concerned for her well-being.

“If it wasn’t for Dr. Akhtari’s encouragement and guidance, I don’t know if I would have been able to get through it,” she said.

She immediately got into contact with Akhtari, who remotely provided her with supportive care and prescribed her an antibiotic to prevent a secondary bacterial infection.

“We are fortunate that Pat was able to get through it, and despite having active treatment for multiple myeloma she did not require hospitalization,” Akhtari said. “Patient care is not only about prescribing medicines, it is also about listening to their concerns and working together to develop the best course of care tailored to their needs.”