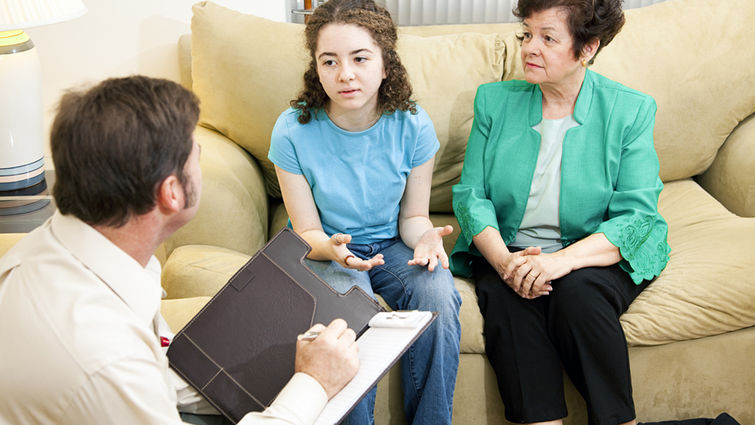 Several recent research reports show childhood suicides increasing at a dramatic rate. Research published May 16, 2018, Pediatrics shows the number of school-age children and adolescents hospitalized for thinking about or attempting suicide has more than doubled since 2008. Additionally, research published in late 2017 in Clinical Psychological Science showed increases in suicide attempts and successful suicides increased among teens across all races and ethnicities, and in every region of the U.S.

“The problem is getting worse rather than better,” Weniger said. “Childhood suicide is a significant public health concern.”

Weniger discussed the research on Adverse Childhood Experiences, or ACEs, that traumatic childhood experiences correlate with an increase risk in suicide.

“If a child has to manage being the victim of ACEs on their own without the help of strong connection with at least one healthy person, their suicide risk rises,” Weniger said.

Additional theories for the increase in pediatric suicides include a lack of feeling connected or belonging, believing they are a burden on others, and and a reduced fear about death and pain.

“While many people think depression plays a role in suicide, the issue is broader than that,” Weniger said. “We’ve found a wide array of psychological issues including ADHD, impulse control disorders, anxiety, post-traumatic stress disorder, and sleep disorders.”

Parents need to watch for several behavioral indicators that might indicate their child could be considering suicide, including:

“Parents who suspect that their child is trending toward a suicide situation need to have frank, direct conversations with the child,” Weniger said. “On a societal basis, it’s difficult to comprehend that children are capable of committing suicide, so many adults are reluctant to talk to children about this directly. But all the research suggests talking to your child openly and directly about what you see.”

The goal is fostering connected, deep relationships as much as possible, Weniger said. It’s important to not let children feel like they have to face stress on their own.

“Parents often let things go unsaid because they fear talking about suicide will plant the idea in a child’s mind,” Weinger said. “This is a complete myth. Parents need to open the conversation.”

Weniger also encourages parents to seek a counselor for their child. But it’s important that parents stay actively involved with the process.

“Don’t just send the child,” Weniger said. “Contemplating suicide is an isolated, cognitive process. By just sending the child, parents are sending the message that the child has to figure out their problem on their own. Parental participation, or even the entire family, can build those important supportive connections through the process.”

Weniger also points to society’s stigma concerning mental health as a significant barrier that parents need to overcome when dealing with a child’s mental health challenges.

“When a child breaks a leg, parents immediately take that child to urgent care or the emergency room,” Weniger said. “But when something happens on a psychological or behavioral level, there is so much discussion and rationalization that occurs. Many have a ‘let’s keep it inside the family’ attitude.

Visit the Loma Linda University Behavioral Health website for information on the full array of services available to meet the mental health needs of children and adolescents.