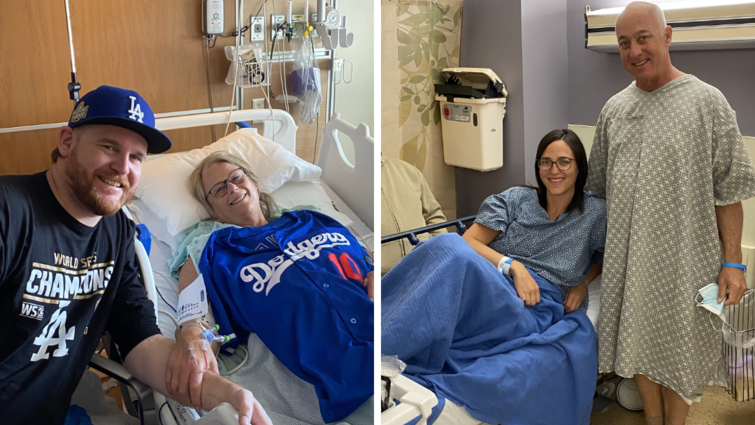 As recently as a few weeks ago, these two families had never met but are now connected through the gift of life and say they’re grateful their paths crossed in this unconventional way.

Their transplant journeys are similar. Brittin Gillespie, 31, of Bishop, Calif., wanted to donate to her father, Jeff Aukee, 56, battling kidney disease with thrice-weekly dialysis treatments, but was not a match. Three hundred miles away in Santa Maria, Calif., 32-year-old Jason Turton wanted to help his mom, Carolyn Turton, 63, suffering from stage 4 kidney failure, but was also not a match.

Paired kidney exchange allows would-be recipients with willing, yet incompatible donors — such as a spouse, sibling (in this case child to parent), relative or friend — to match up with other donor-recipient pairs in the same situation. Michael E. de Vera, MD, FACS, director of the Loma Linda University Transplant Institute, said kidney exchanges like these, in which two young donors give their kidneys to one another’s parents, are uncommon.

“About a thousand kidney swaps between two or more pairs of recipients and donors occur in the U.S. every year,” de Vera said. “Of those swaps, only a few of them constitute situations like this, where two young donors swap their kidneys to recipients who happen to be each other’s parents.”

Brittin donated her kidney to Carolyn, while Jason donated his kidney to Jeff. All four surgeries took place on March 23, with the two donor kidneys being flown commercially from Los Angeles to San Francisco and vice versa.

Brittin had no second thoughts about donating to a stranger. “People who knew of my dad’s situation and who knew I was on a transplant list were surprised that I was willing to undergo such a big surgery. But when it’s your parent or loved one in need, you’d do whatever it takes to see them healthy and well,” she said.

The same goes for Jason. “My mom is getting a kidney and I’m helping someone else. It was an easy decision,” he said.

While identities of organ donors and recipients are concealed to protect patient privacy, Brittin found Jason through hashtags and geotags on Instagram, where he had shared updates and photos from his and Carolyn’s transplantation at CPMC.

Brittin remembers matching up the surgery date on his social posts and cautiously reaching out. Her message to Jason: “If you named your kidney ‘Leroy,’ I think you were the one who donated to my dad!”

Jason was elated to hear from Brittin and explained how, as a joke early on, he had named his kidney Leroy to bring laughter and lightness to his family’s situation — and it stuck. Even the care teams at both Loma Linda University Health and Sutter’s CPMC started calling the kidney Leroy.

“It’s cool to think that everyone was in on it and kept it going,” Jason chuckled.

Jeff and Jason even talked about “Leroy” on the virtual meet.

“Ol’ Leroy is doing wonders. I’m a healthy guy now. I can go back to doing what I love…being a grandpa to my three grandboys,” Jeff said.

During the 30-minute Zoom session, the group was eager to finally see one another’s faces. They smiled, laughed, and enjoyed each other’s company, all pleased they were each recovering so well.

Carolyn, too, couldn’t thank Brittin enough. “You’ve changed my life,” she said. She had a keychain made for Brittin with the transplant date and a pillow with both their names linked by the words “Donate Life” and a kidney graphic.

Forever connected, this foursome hopes their story inspires others to learn about living organ donation and possibly even give. 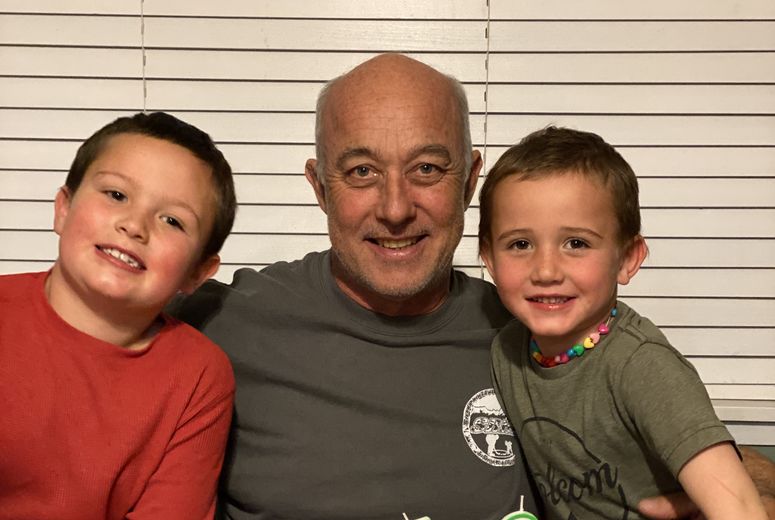 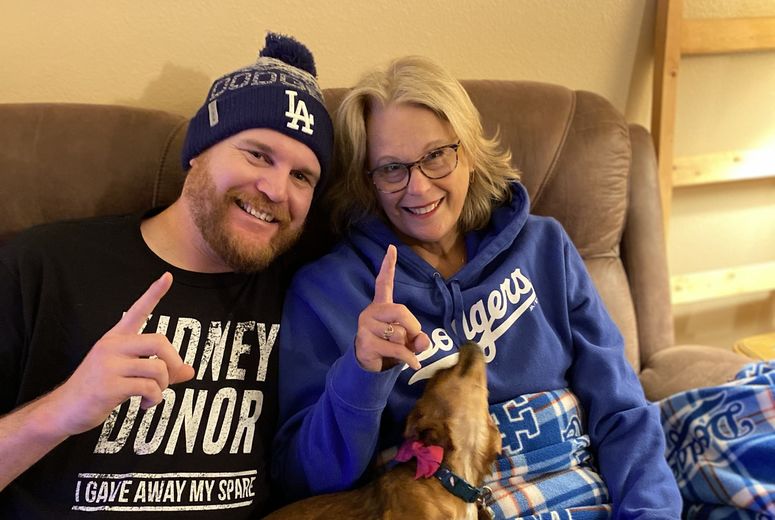 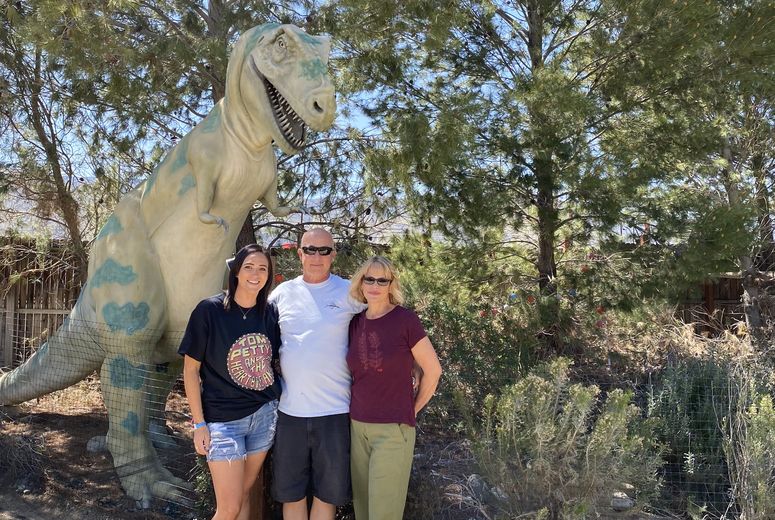 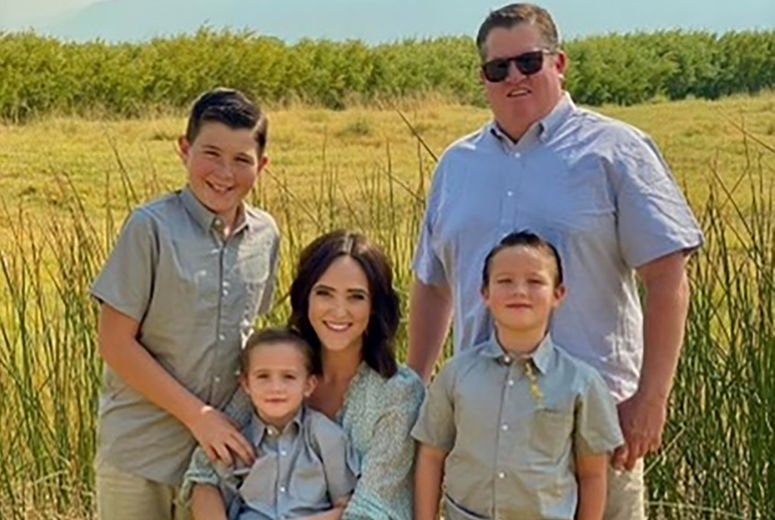 Brittin Gillespie and her family 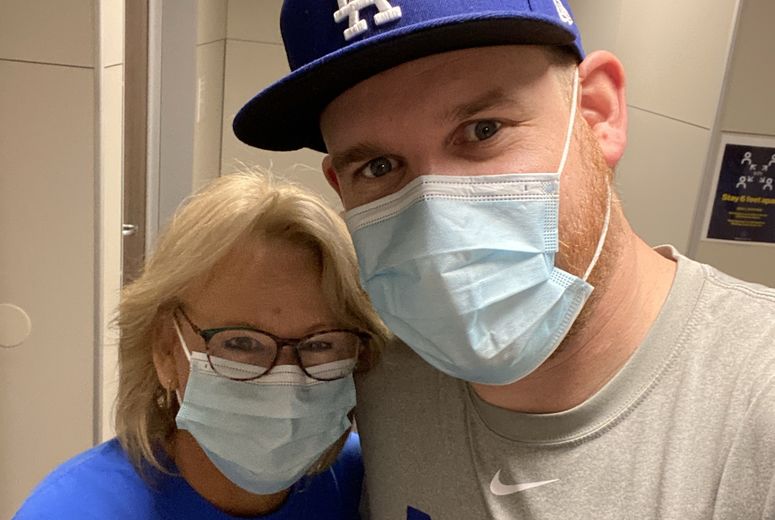