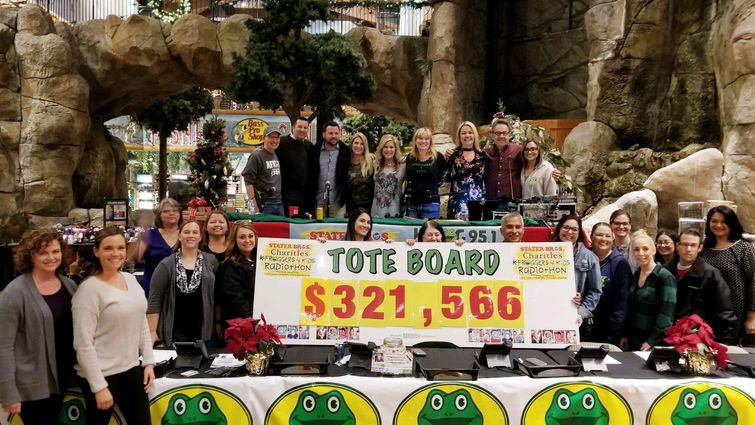 As part of their ongoing purpose to help improve and transform the communities their markets serve, Stater Bros. Charities was once again the presenting sponsor for the event this year, donating $200,000 to the event. A check was presented to Loma Linda University Children’s Hospital during the radiothon.

Over the past 17 years, K-FROG has raised over $6.5 million through the radiothon alone.