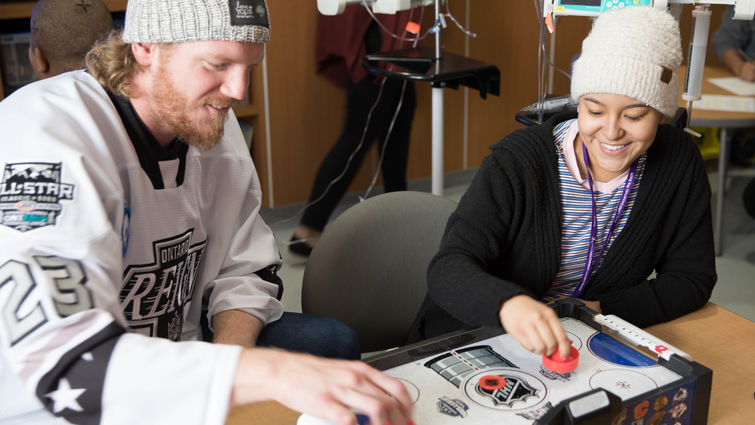 This annual visit by the team paves the way for the upcoming Ontario Reign Jersey Night benefitting the hospital on December 14. During the game, Ontario Reign vs. Iowa Wild, players will wear custom Children's Hospital jerseys that will be auctioned off at the end of the evening. Last year's jersey auction raised more than $18,000 for Children's Hospital.