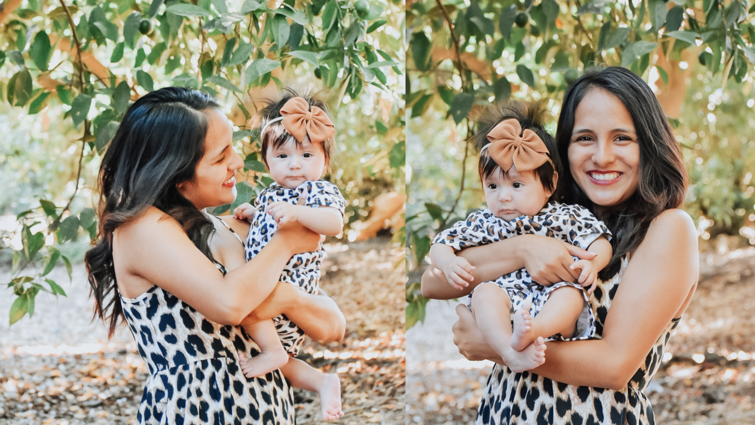 Valerie Hernandez thought she was prepared for anything leading up to the birth of her second baby. Due to complications, her first child had to be delivered via Cesarean-section. For her second baby, Hernandez was determined to deliver vaginally.

“From the very beginning, my OBGYN Dr. Leung, was very supportive,” she said. “I went into my pregnancy fully confident that I was going to do a VBAC.”

However, as the pregnancy progressed, Hernandez decided to opt for a scheduled C-section due to her fears of attempting a VBAC, having complications, then having to deliver via C-section anyway. Several days before her scheduled C-section, Hernandez went to the hospital because she didn’t feel her baby moving. It turns out, the scar tissue in her uterus from her previous C-section was causing issues as the baby grew. Peter Leung, MD, an OBGYN at Loma Linda University Children’s Hospital, did a full assessment and decided it was time to deliver the baby.

She says Leung was amazing — pulling the team together to deliver a healthy baby while assuring Hernandez and her husband that everything was going to be okay.

In the United States, approximately 32% of deliveries are performed via C-section, says Leung. However, there remains a stigma and lack of awareness around the necessity and safety of C-sections.

Hernandez says she wants people to realize that while C-sections are different than vaginal births, what she went through wasn’t any less difficult.

“It’s not about the way you deliver your baby at the end of the day,” she says. “You’re still delivering a child, and both methods can be very traumatic to your body.”

The need for C-sections

Leung explains healthcare professionals have worked to decrease C-section rates, especially C-section delivery of the first child. Avoiding the first C-section allows mothers a better opportunity to deliver vaginally if they have more children later on. While Children’s Hospital is a leader in the region in offering vaginal deliveries after previous C-section, known as VBACs, Leung says many smaller hospitals may not have the capability to offer that option to their patients.

“The Cesarean-section is a tool we utilize, and if utilized in an appropriate setting, it allows us to overcome many difficulties in childbirth, allowing for safe delivery of the baby and support to the mom during a period of high stress,” he says.

There are also factors that may increase the need for C-sections in pregnant women, including obesity, hypertension, and gestational or preexisting diabetes. These factors can cause problems during labor or cause the baby to not be able to tolerate labor, says Leung.

Generally speaking, Leung says C-sections are safe, but people should remember it’s not a small or simple procedure.

“C-sections are major abdominal surgery,” Leung says. It’s not something physicians take lightly because we are cutting directly into the abdomen to deliver the baby. We have protocols and safeguards put into place to reduce the chance for complication; so for the most part, it’s safe — but it’s no walk in the park for a mother.”

In comparison to a vaginal delivery, the recovery time from a C-section is longer, says Leung. Most women will need longer hospital stays by several days. “I usually tell my patients that for the first 10 days, she will be pretty sore and need a lot of help,” he says. “There will be postoperative pain around the incision and an overall lack of strength, which slowly builds back up over time. But typically, full recovery can take up to six weeks.”

Surrounding C-section stigma, Leung says c-sections have been an incredible addition to obstetric care, allowing for more moms and babies to survive childbirth.

“C-sections have certainly gotten a lot of negative attention, but what the general public may not understand is that before the invention of the C-section, perinatal mortality was much higher,” Leung says. “Previously, the process of labor and childbirth was one of the most stressful times with the highest risks to a women’s health in her lifetime.”

Leung says as a medical professional, he’s witnessed people who believe having a C-section does not equate to having a “real birth,” a sentiment he feels is unfortunate.

“I think that’s a very negative thing and diminishes what a mother goes through,” he says. “A women’s inability to deliver vaginally does not minimize all the love and care she provided for her baby. C-sections are a tool, when utilized appropriately, allows us to overcome certain obstacles that in nature may have caused illness or injury. I don’t want people to look at C-sections as a failure.”

Hernandez encourages other moms to be proud of what they’ve gone through, no matter how their baby was delivered.

“I am still a mom at the end of the day,” she says. “I’m still a good mom no matter which way I delivered. My body did not fail me — it just found an alternative method to bring my beautiful child into the world.”

The San Manuel Maternity Pavilion, located in the new Medical Center and Children’s Hospital tower, provides access to award-winning, high-quality services — delivering more than 3,000 babies each year. Visit our website to learn more about what your labor and delivery journey could look like here.