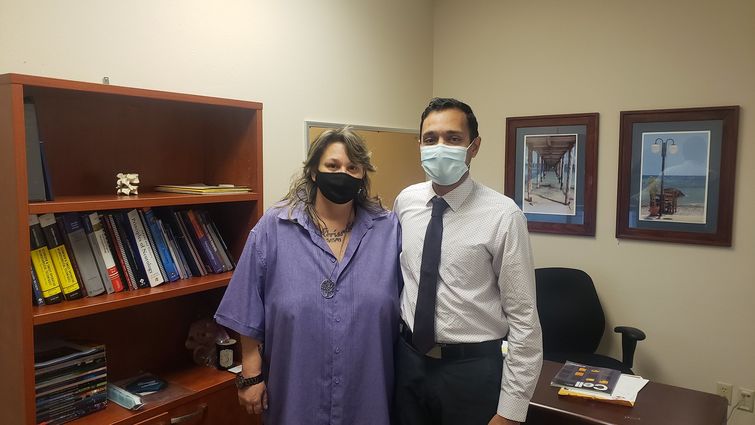 Pain’s relentless grip seized Deborah Horelle for five years. Aching sensations trickled down her lower back, radiating to her legs with numbness, tingling, and weakness. That pain finally relented after physicians at Loma Linda University Health performed neurosurgery on her spine. Feeling freed, Horelle could once more stand, walk, and smile.

“This surgery has given me back the hope in life I’d lost due to severe and debilitating pain,” Horelle says. “I have the opportunity for a new life, a new path, because of the doctors at Loma Linda University Health.”

The 52-year-old veteran had been enduring the problematic symptoms of a condition known as lumbar radiculopathy with lumbar stenosis. Horelle had developed degrative arthritis in her lower back, and the years-long wear and tear on her spine led to pinched nerves.

These nerves appear at the end of the spinal cord, nestled in the spinal canal filled with clear cerebrospinal fluid, says Anish Sen, MD, a neurosurgeon at Loma Linda University Health. Their fibrous splay is aptly named cauda equina, Latin for “horse’s tail,” Sen says, and they provide both motion and sensation to the legs. 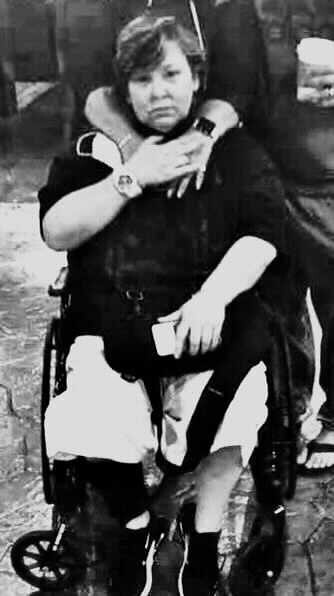 “This can really interfere with daily life,” Sen says. “When the symptoms set in, they can become debilitating and even prevent you from leaving your home to walk around in public.”

Horelle says she felt this acutely as she struggled with back pain, leg pain, weakness, and incontinence.  The combinations of symptoms prevented Horelle from performing basic life tasks and contributed to her depression.

For years Horelle had been receiving care through Veterans Affairs, but this summer, her pain became so unbearable that she obtained a referral to seek surgery from a health institution in the nearby community. She chose Loma Linda University Health because a previous second-hand experience at the hospital allowed her to observe the high quality of care teams delivered to their patients.

I’ve never in my life ever been treated with so much compassion, kindness, care, and been taking so seriously.Deborah Horelle

Still, she says she drove to LLUH with a degree of trepidation, afraid to hear that she couldn't be helped. However, her first encounter with orthopaedic surgeon Siamak Yasmeh, MD, and a considerate resident came as a pleasant surprise, she says. They examined her, performed tests, and immediately referred her to LLUH’s Emergency Department. 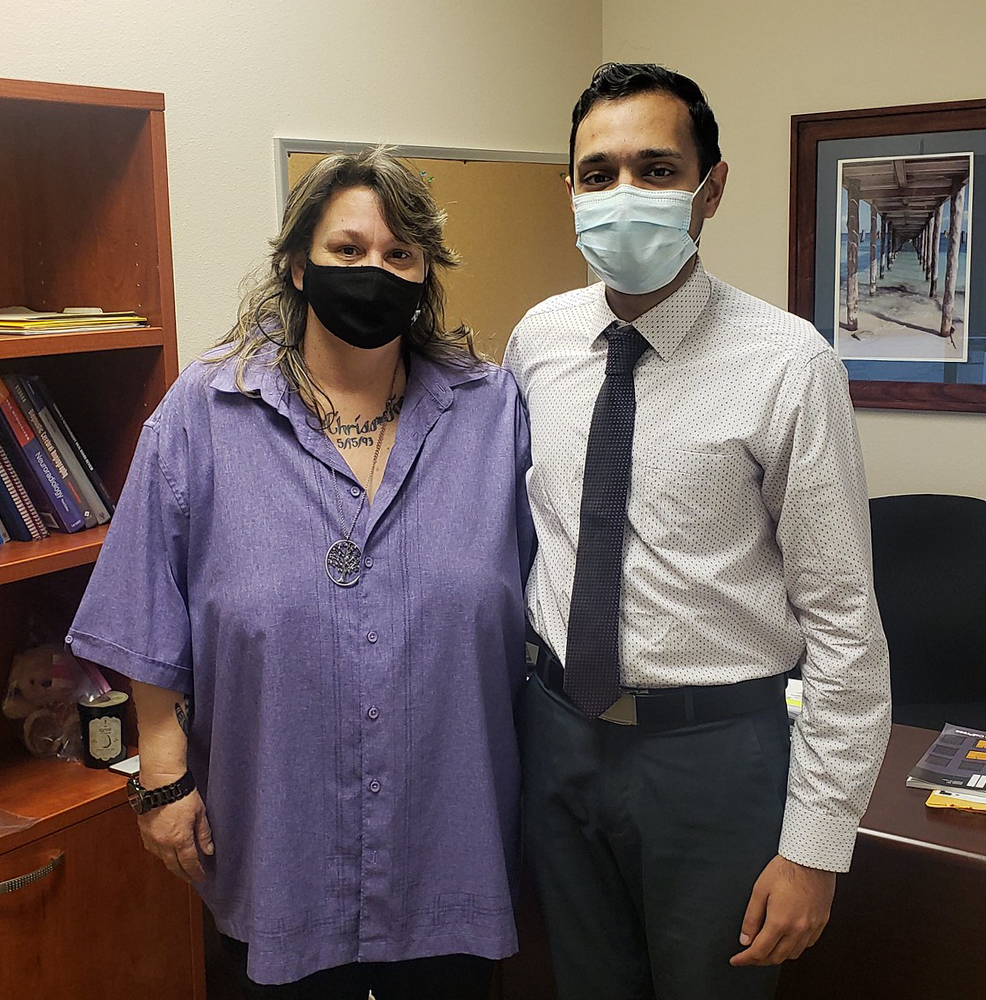 “I’ve never in my life ever been treated with so much compassion, kindness, care, and been taking so seriously,” Horelle says. “The physicians and nurses listened, controlled my pain, and ran tests in a timely manner.”

Exactly one day later, on a sweltering July afternoon, Sen and a care team comprising an anesthesiologist, scrub technician, circulating nurse, and resident stepped into the sterilized East Campus operating room where Horelle awaited surgery. About an hour later, the team re-emerged from a successful lumbar laminectomy.

Sen says he removed some of the bone and ligament forming the roof of Horelle’s spinal canal to release pinched nerves — a maneuver that ultimately relieved her pain.

Under the right circumstances, surgery can make a significant difference in helping people with lumbar stenosis.Dr. Anish Sen

In a moment of disbelief and pure elation, Horelle slowly awoke to the realization that she felt absolutely no pain at all. She has dedicated the past two months of recovery to physicial rehabilitation at East Campus, as well as a mental and emotional rediscovery of life’s pleasures and plans for the future. 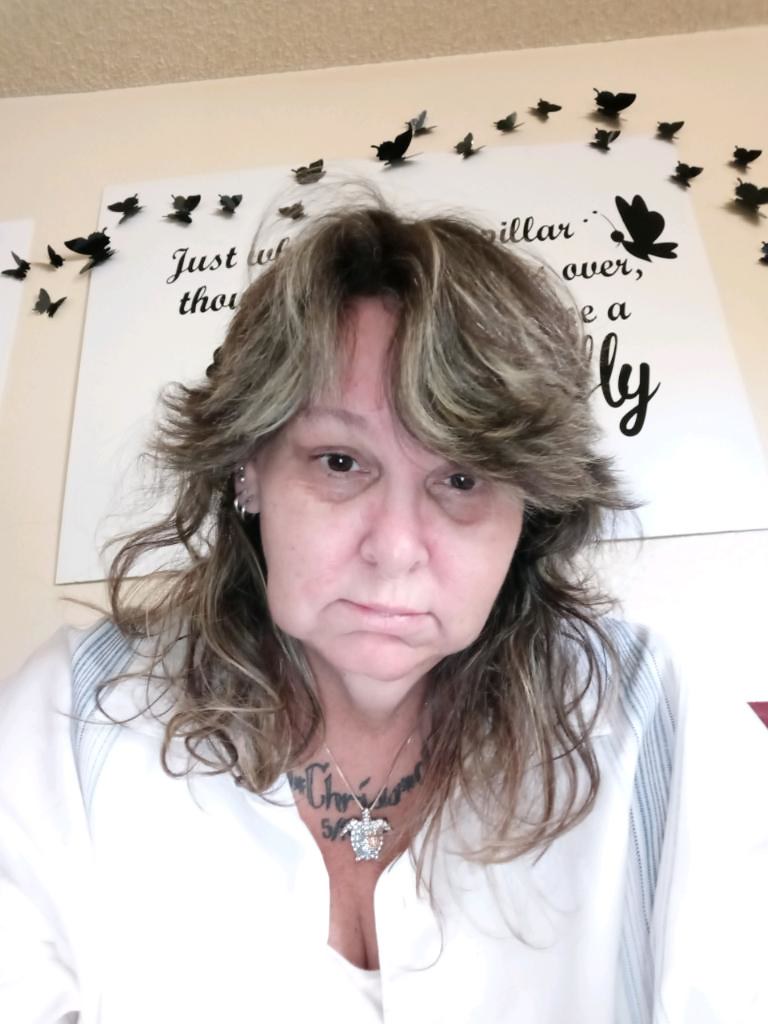 “I am relearning everything. I want to do everything,” she says, “like go to the ocean and walk in the sand.”

Horelle doesn’t even take the small things for granted — running errands, walking to the mailbox, making coffee, doing laundry. Goals on her horizon include returning to work in the medical field and building on her prior experience as a medic in the U.S. army. She also plans to obtain higher education and a degree that equips her to help people mentally or physically.

Sen says he is glad to perform procedures that help patients like Horelle get back on their feet and reclaim their lives. “Under the right circumstances, surgery can make a significant difference in helping people with lumbar stenosis,” he says. “It’s an option to consider if you’ve tried non-surgical routes but still experience symptoms.”

Since surgery, Horelle says she has connected with fellow patients in waiting rooms at clinics — people struggling in ways similar to her before surgery. In their interactions, Horelle says she does her best to help and encourage them.

“I know the pain, and I know the isolation, so I tell them about how Dr. Sen helped me. I say to them, ‘Keep going. Keep going, and do not give up, because there is help.’”

Learn more about the neurosurgery team and the services they provide at lluh.org/neurosurgery.