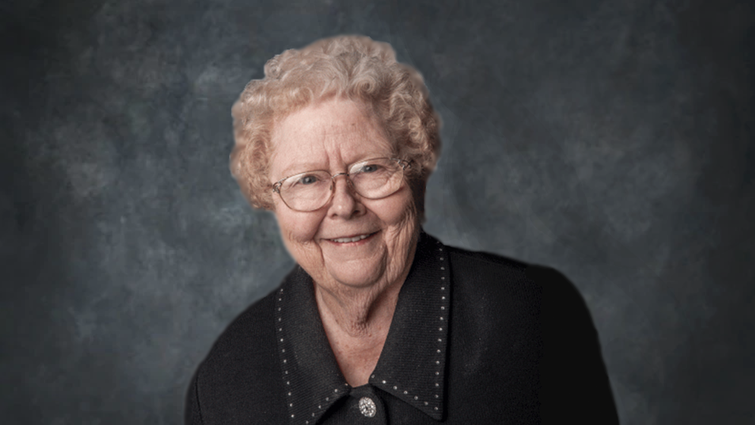 In 1963, Coggin’s influence extended across international borders when she and Ellsworth E. Wareham, MD, co-founded the overseas team, which was established at a time when few hospitals performed open-heart surgeries.

Coggin and Wareham pioneered use of the heart-lung machine in Southern California, operating one day a week at Los Angeles County General Hospital. Each week they packed a heart-lung machine and ancillary equipment needed for cardiac surgery into the trunk of Wareham’s large car for the short drive from the White Memorial Medical Center to Los Angeles County Hospital.

It led them to wonder: if they could pack all the equipment in a vehicle and transport it to another hospital, why couldn’t it be transported thousands of miles and make open-heart surgery available overseas?

In the coming months, she and Wareham refined their plans for the Overseas Heart Surgery Team until the U.S. State Department, on the recommendation of Vice President Lyndon Johnson, sponsored the team on its first trip — to Pakistan. From the moment she began working on the project, Coggin was convinced it would be successful. “I always believed in dreaming dreams and not being afraid of failure,” she said.

In the course of her international travel she met with heads of state from Pakistan, Greece, Saudi Arabia, Zimbabwe, Kenya, Vietnam and Nepal. At home, she met U.S. Presidents Lyndon Johnson and Richard Nixon.

An authority in the field of cardiology, Coggin held administrative and teaching positions at Loma Linda University Health and wrote and lectured extensively.

“Joan Coggin was an icon at Loma Linda University. Her passion for helping those in need and her dedication to teaching others how to enhance the level of care in their countries leave a legacy around the world,” said Richard Hart, MD, DrPH, president of Loma Linda University Health. “She will also be remembered for her sense of humor, which infected those with whom she came into contact and even helped to ease tense situations.”

Charlotte Joan Coggin was born Aug. 6, 1928, in Washington, D.C. to Charles B. and Nanette Coggin. When she was an infant, the family moved to California so her father could attend the School of Medicine at the College of Evangelists (CME, now Loma Linda University).

Medicine and research were familiar topics in the Coggin home. Her father graduated from CME in 1935. A member of the Harveian Society of CME, Charles Coggin worked with society members to raise the consciousness at Loma Linda University about the importance of research at a time when many faculty members either couldn’t see its value or felt they didn’t have the time or funding to pursue it.

Joan Coggin was a toddler during the Great Depression when her father became editor of Harveian Review,a journal that featured articles and editorials describing the value of research.

After completing medical school, Coggin pursued postgraduate training at Los Angeles County General Hospital (1952-55), and a fellowship in cardiology at Children’s Hospital of Los Angeles (1955-56). In 1958, she was board certified in pediatrics by the American Board of Pediatrics.

She wanted to become a pediatrician until she learned that most pediatric cardiology at the time was done by adult cardiologists. Intrigued by the challenges associated with congenital heart disease — the types of heart diseases most often seen in pediatric patients — she completed additional study at Hammersmith Hospital in London, England (1955-7) and a fellowship at Hospital for Sick Children in Toronto, Ontario, Canada (1965-67).

Coggin began her career when women made up less than 5 percent of medical school graduates nationally. During more than 50 years, she built a cardiology practice and professional reputation that earned for her a place of distinction in American medical history. Of her decision to enter medicine she stated, “I really didn’t know any other life than that of a physician. I had my second birthday in Loma Linda when my father entered the School of Medicine. I grew up always wanting to become a physician.”

As a recognized authority in the field of cardiology, Coggin wrote and lectured extensively and shared her expertise through membership in civic, community and professional organizations. Of her decision to pursue cardiology she said, “One of the reasons I changed my mind was that oftentimes a child could be so sick one day, and the next day the child would be perfectly all right. What I like about cardiology is that you can figure out what the problem is. You have clues. You have the patient’s history. If the heart makes a certain type of sound you know immediately what the problem is.”

The importance of medical research, which her father had impressed upon her as a child, was ingrained in Coggin’s career. She was principal author or coauthor of more than 50 scientific articles published in peer-reviewed publications.

“It just boggles the mind to think of the advances that medicine will make in the next 50 years, if time should last!” she marveled as she recalled discarding a teaching slide she had created titled “Cardiac Conditions for Which There Is No Treatment,” when advances in medicine made it possible for all 12 of the listed conditions to be successfully treated.

On Feb. 24, 2004, Coggin’s contributions to Loma Linda University Health were celebrated by friends and colleagues as she concluded a half-century of service as teacher, administrator and goodwill ambassador. The same year she was named professor emerita, Department of Medicine, School of Medicine, and Loma Linda University Health presented her with the President’s Award.

A consultant to the television and motion picture industries for medically oriented programs, she was once presented with the Golden Eagle Cine Award at the Venice Film Festival.

In 2003, she edited and published Into All the World: Adventist Hospitals and Dental Clinics Overseas—the story of Seventh-day Adventist health care work around the world.

When asked what was most gratifying to her as a physician, she responded: “To see people who were incapacitated — whether young or old — and then seeing them well again. This is what makes medicine very rewarding.”

A memorial service will be held at 11:30 a.m. on Sunday, Dec. 9, at Loma Linda University Church (note change from earlier announcement).

Tribute gifts can be made to the International Heart Surgery Foundation at P.O. Box 574, Loma Linda, CA 92354.