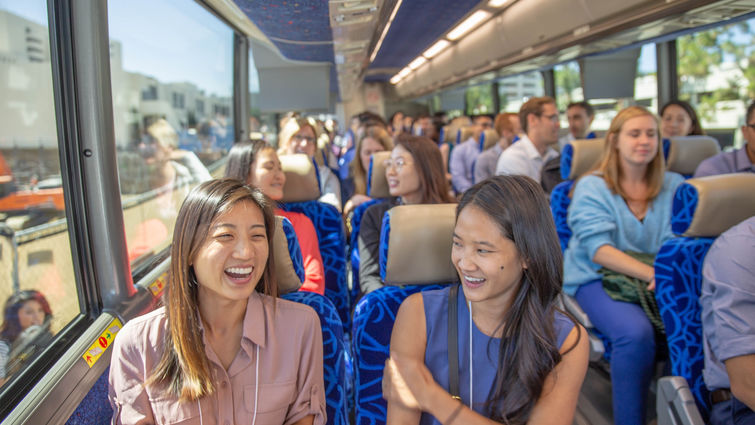 Behind the University Church, four charter buses pulled up to accommodate more than 170 new resident physicians on the first “See the City You Serve” tour during the first day of residency orientation.

The tour offered resident physicians a unique glimpse into the health disparities of one of the largest counties in the U.S. and a better understanding of social determinants their patients face. Daniel Giang, MD, associate dean for Graduate Medical Education, organized the bus tour with the goal of enriching the resident physicians’ understanding of where many of their patients live, work and thrive.

“There is a bigger story to tell out here in the Inland Empire,” Giang says. “I hope the resident physicians now have an even better idea of the community and people they will serve as healthcare professionals.”

Prior to the tour, Patricia Flynn, PhD, MPH, assistant professor of psychology at Loma Linda University School of Behavioral Health and assistant professor of preventive medicine at Loma Linda University School of Medicine, shed light on the growing number of health disparities among the more than 2 million residents living in San Bernardino County. Of those residents, she said 22 percent were born outside the U.S. and as many as 41 percent are non-native English speakers.

The statistics struck a chord with many of the resident physicians, in particular those who were not familiar with San Bernardino. According to Giang, 75 percent of Loma Linda University Medical Center’s residents have never lived in the Inland Empire.

Emergency Medicine resident Amanda Feeney, MD, said she had never heard of a program taking residents on a tour of their new community. “It was phenomenal to hear the history of San Bernardino and to learn the value of a strong community as it relates to health.” She said she chose Loma Linda University Medical Center for its commitment to community healthcare.

For Hector Almanzar-Ramos, MD, selecting an internal medicine residency at Loma Linda University Medical Center was founded on his commitment to give back.

“I want to be involved in giving back to an underserved community, like San Bernardino,” Almanzar-Ramos said. “My goal is to serve as both a teacher and mentor within the community.”

During the tour, resident physicians also got a glimpse at the former Norton Air Force Base, massive logistic facilities, Inland Center mall, Inland Regional Center and Sierra High School. In addition, they got a closer look at new housing developments, as well as the lack of safe recreational spaces and nutritional food establishments.

The tour also gave the new group a look at the spirit of a close-knit community continually growing. “We want the physicians to feel they can contribute to not only solving some of the health disparities through clinical care, but also through research, volunteer services and working in the SAC clinics,” said Giang, who organized the tour.

New resident William Michael Downes, MD, said he was looking forward to the impact he can have on each of his patients. The emergency medicine resident’s goal is to “be there for people on their worst day and help them have brighter days ahead,” he said.

Plans for future bus tours for incoming resident physicians are in the works. Giang and his team plan to collaborate with the new residents and to offer even more insight into San Bernardino, its neighboring communities and their healthcare needs. 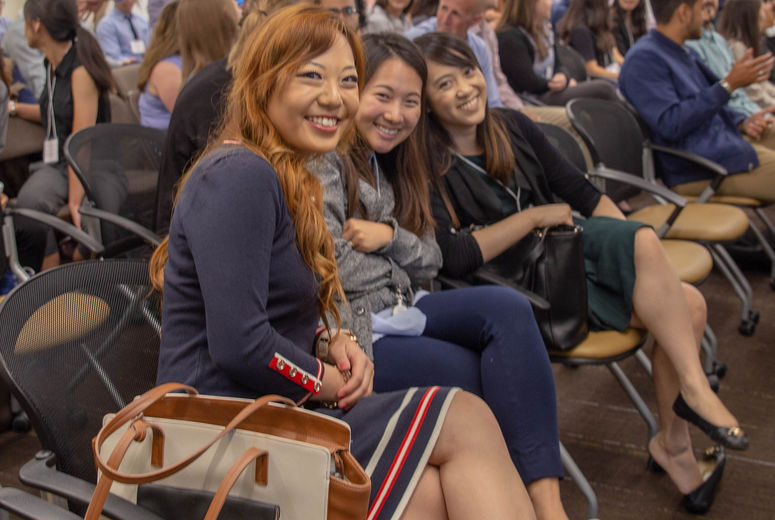 The first day of resident orientation brings plenty of smiles. 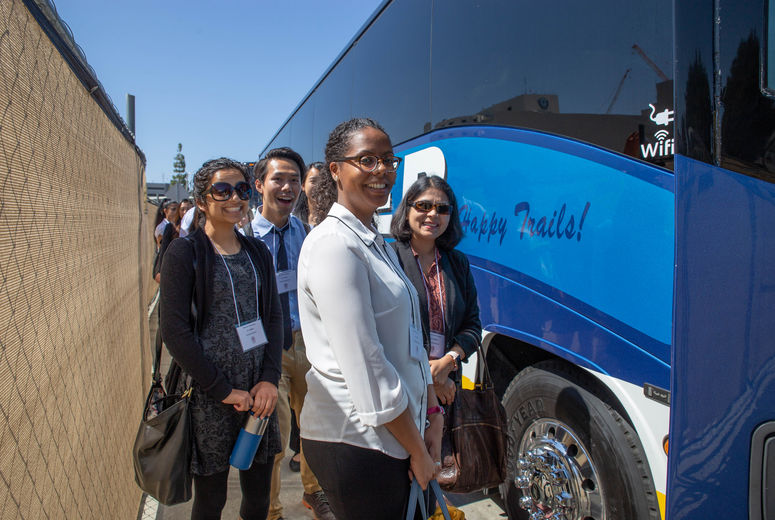 New resident physicians board charter buses for the "See the City You Serve" tour. 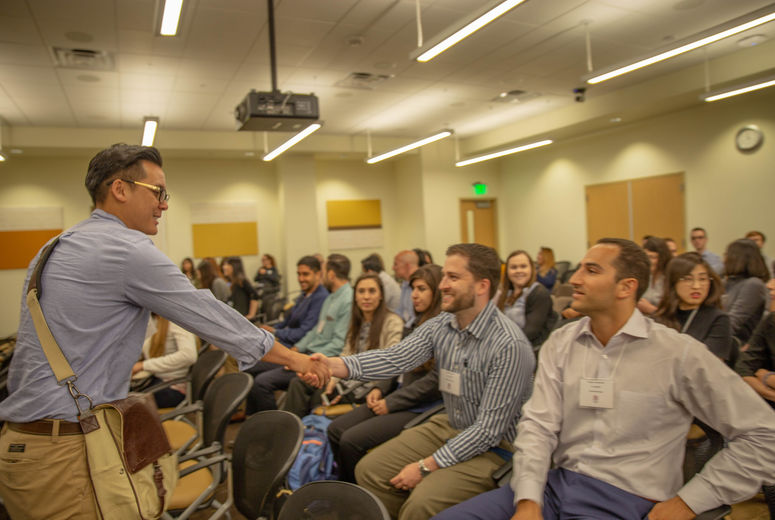 Resident physician meet and greet during their tour.

During the tour, resident physicians say hello to familiar faces. 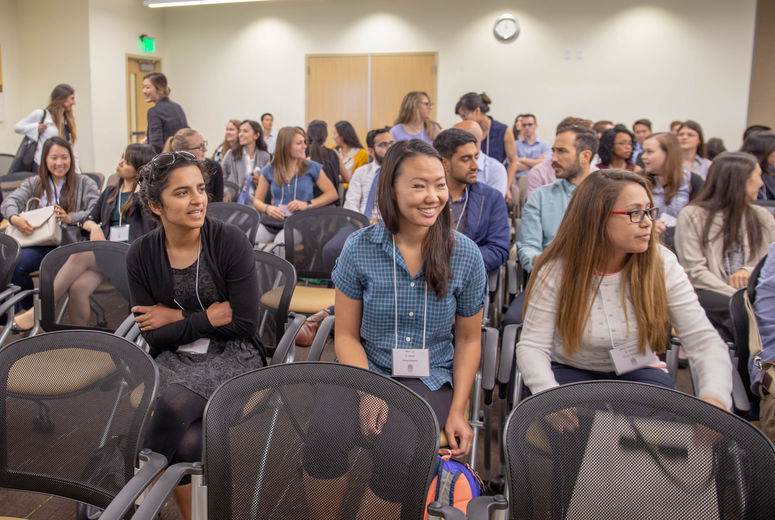