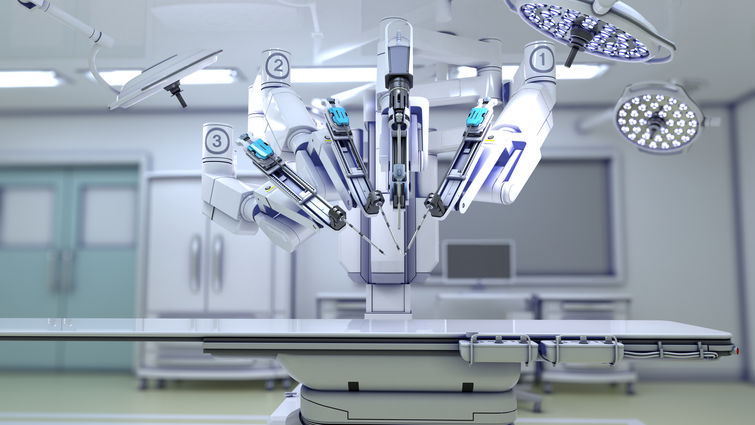 Loma Linda University Children’s Hospital performed a robotic-assisted Nissen fundoplication surgery in July on a young patient, ridding him of lifelong painful reflux issues and further extending the hospital’s use of robotic surgery for children.

Tagge said the robot surgical system allowed for a more precise, seamless surgery for the physician and a better recovery for the patient.

The procedure involved wrapping the upper curve of the stomach around the esophagus.

The patient — 5-year-old Daniel Velasquez from Bloomington, California — was diagnosed with gastroesophageal reflux or GER a few months after his premature birth and soon developed severe gastroesophageal reflux disease or GERD. He went through hundreds of tests, medications, sleepless nights, food restrictions, allergies, near-constant burning throat pain and ear pressure discomfort. In his five years, he had never slept a full eight hours, regularly waking up from choking, coughing, snoring or pain.

Daniel’s mom, Natasha Velasquez, said her son had the life-changing operation within a week of having a consultation with Tagge. Her son is now pain-free.

“My son has been in and out of hospitals his entire life,” Velasquez said. “He’s had to suffer for five years, but now, in one short week, it’s all gone — his life is completely changed.”

“We have now equipped our hospital to have another tool to serve our patients better,” Tagge said. “It won’t be used for every surgery, but now it’s an accessible tool to treat patients in the Inland Empire and beyond.”

Visit our website to learn more about pediatric robotic-assisted procedures.