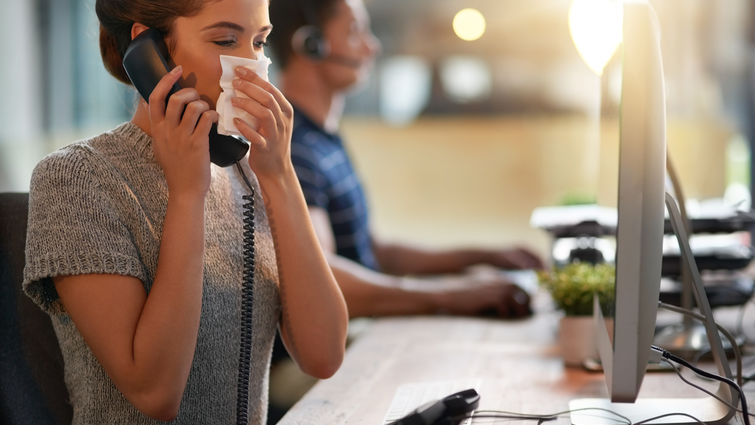 Last year’s flu season spread like wildfire as both children and adults were subjected to ongoing symptoms and complications from the H3N2 viral strain. The aftermath led to the death of 181 children (as of September 29, 2018), according to the Centers for Disease Control and Prevention (CDC). This year’s flu season is expected to be mild; however, according to Adrian Cotton, MD, chief of medical operations at Loma Linda University Health, it’s never too early or too late to get a flu vaccination. ​

“Even if history doesn’t repeat itself this year, there is a lesson to be learned — that vaccinations are encouraged for children and adults,” Cotton says. ​

The flu vaccination is tailored each year to help combat the specific strains of influenza circulating among populations. There’s no easy way to predict the exact strain every year, Cotton says. ​

Individuals carrying a flu virus are highly contagious in the first three to four days after the illness begins, according to the CDC. It’s possible for healthy individuals to infect others prior to symptoms even developing and up to seven days after becoming ill. ​

“It’s easy to pass on the flu to others, even when you don’t present with symptoms right away,” Cotton says. ​

There are four types of influenza viruses: A, B, C and D. The A and B viruses are most commonly found in individuals during the flu season — October through mid-March. According to the CDC, influenza A is divided into subtypes based on two proteins. Additionally, they can be broken down into different strains, such as H1N1 and H3N2. Influenza B, however, is not divided into subtypes, but rather two types of lineages that include B/Yamagata and B/Victoria. ​

Cotton says the flu vaccination each year helps to develop immunities against influenza A and influenza B viruses. Viruses are commonly spread through sneezing, coughing or talking closely to others. It’s also just as easy to spread the virus by touching contaminated items, such as a door handle.​

The majority of individuals who develop the flu will recover in a few days to two weeks, but some people can develop complications as a result of the flu, Cotton says. He encourages children and adults to consult with their primary care physician first before going to an emergency room. It’s important to avoid areas where germs can spread and symptoms can escalate. ​

To schedule your flu shot and to learn more about flu prevention, contact Loma Linda University Primary Care at 909-558-6600. Appointments can also be made online at MyChart.