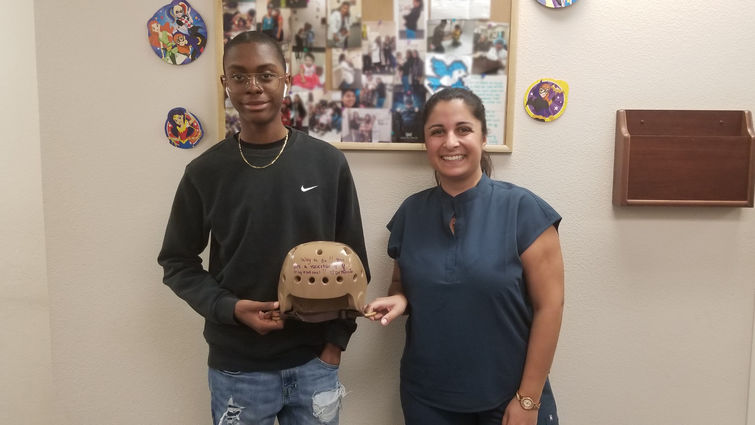 Michael Phipps is ecstatic to have returned to school in January, to be able to hang out with his friends, play video games and enjoy being a teenager. Last June, the 15-year-old and his family weren’t sure what the future held for him after he underwent an emergency craniotomy at Loma Linda University Children’s Hospital to remove brain abscess caused by Sinusitis.

In early May 2019, Michael had experienced congestion, fever and headaches. Michael’s mother, Tacara Phipps, took him to his primary care physician several times for treatment. 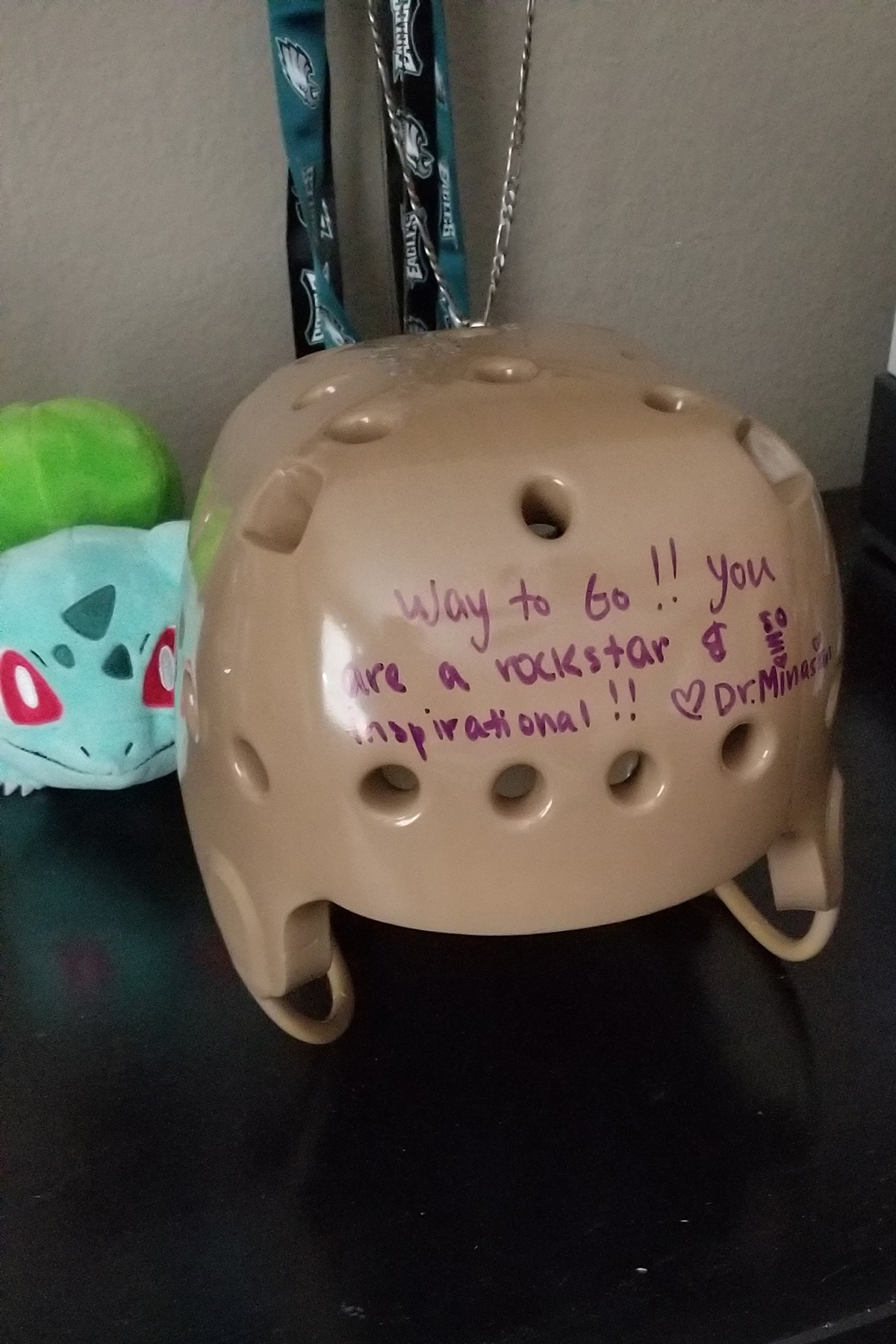 “The doctor said it was viral; something that with rest, water, and antibiotics he would feel better,” Phipps said. “But as an LVN, I knew when his fevers persisted, that meant the body was trying to fight off an infection.”

After a month of ongoing symptoms, Phipps took Michael to see pediatric internal medicine physician, Andrew W. Wai, MD  who told the family that emergency treatment was needed, and he was taken to Loma Linda University’s Emergency Department. A CT scan revealed that Michael’s sinus infection had spread to the brain, causing a brain abscess — a collection of pus in the brain. The infection had also created a layer of pus between the outside of the brain and the skull, called a subdural empyema.

“The last thing I remember going to see Dr. Wai and him sending us to the emergency-department,” Michael said. “The next thing I knew, I woke up in ICU with the left side of my skull gone.”

Between 1,500-2,500 brain abscess cases occur each year in the US. They are caused by infections from other parts of the body such as the sinus, ear, tooth or through the blood stream from the lung. Symptoms can vary depending on the location of the brain abscess, but may include changed vision, fever, feeling sick, headache, nausea and seizures.

“While rare, this is one of the most serious kinds of problems that can occur with a longstanding sinus infection,” said pediatric neurosurgeon Tanya Minasian, DO. “It’s important to know that while we don’t see brain abscesses and subdural empyemas every day, they are a medical emergency and require immediate treatment.”

When Michael’s brain abscess was discovered, time was of the essence. Michael presented with rapid neurological decline, falling into a coma. This prompted Minasian to perform an emergent craniotomy — a surgical operation opening the skull — to drain the brain abscess, subdural empyema, and remove the infected skull.

Dr. Minasian was such a godsend during our son’s illness, we could not have asked for a better surgeon

Emergent surgery was one part of the process. Minasian said in cases like Michael’s, where a part of the brain is affected and causes temporary paralysis and speech impediment, rehabilitation is critical to successful recovery. Michael would spend the next five weeks in rehabilitation.

“The most difficult things for me to relearn was walking, talking and moving my fingers,” Michael said.

For Michael’s family, the challenge on the road to recovery laid in the unknown.

“With recovery it’s scary because you don’t know what to expect, and you want to know if my kid going to be the same as he was before,” Phipps said. “I was amazed that every day in his recovery he could do more than the day before. Michael is that kind of kid in general that if you tell him to do something or tell him he can’t do something, he is determined to.”

Following outpatient therapies and with a determined mind, Michael was able to return to school nearly seven months later. 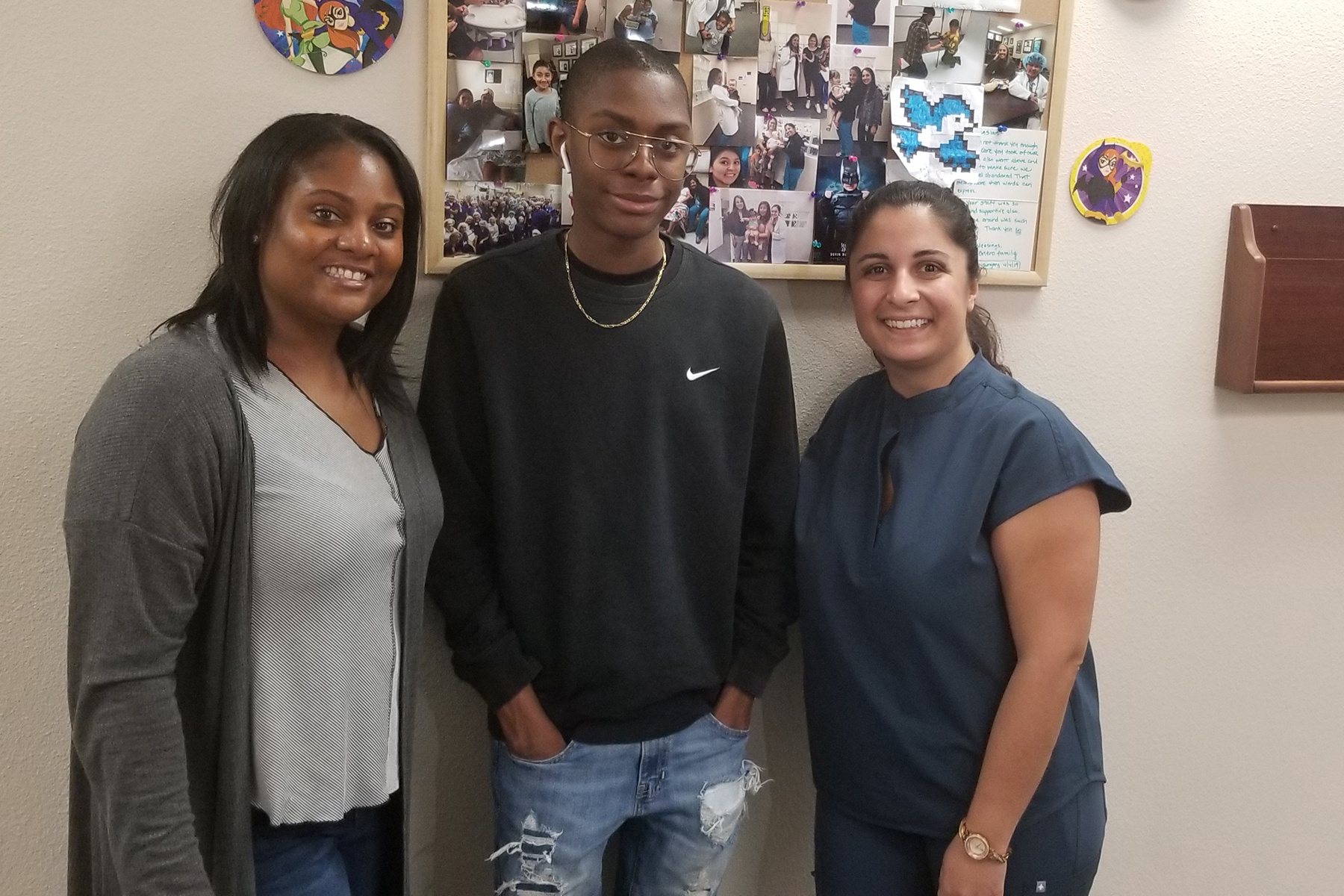 “I am excited to be back at school and to hang out with my friends,” Michael said. “I have learned through all of this that I am stronger than I thought I was, that I can overcome tough things, and I feel very lucky that I am alive and well.”

For Michael’s family, each day with him is a blessing and this experience has brought a fresh perspective for them. “I told Michael that God never gives you more than you can handle,” Phipps said.  “You may not know today or tomorrow or 20 years, but there is a reason and purpose that you went through this, and I feel like he has come out of this a better Michael.

“Dr. Minasian was such a godsend during our son’s illness,” Phipps said. “We could not have asked for a better surgeon.”

To learn more about pediatric brain surgery or inquire about the innovative neurosurgery options at Loma Linda University Health call 909-558-6388 or toll free 877-558-0800.